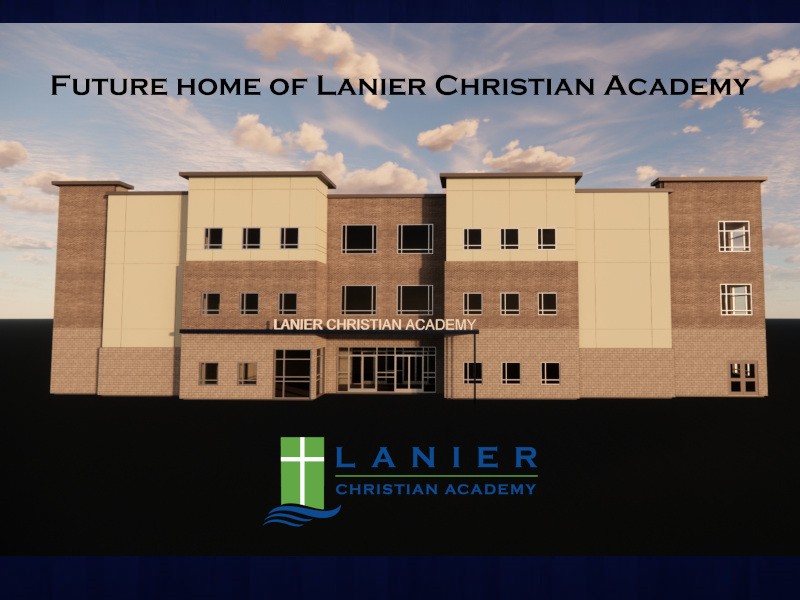 Lanier Christian Academy in Flowery Branch will continue with plans to expand a new campus following the approval Thursday by the Hall County Board of Commissioners of the school's bond financing plans.

The commission voted unanimously on the matter as part of its consent agenda. A press release from Lanier Christian said public approval of the private school's bond financing was required because of its status as a nonprofit. The financing plans had already been approved by the Gainesville and Hall County Development Authority in June. The bond financing can reach up to $12 million, but Executive Director Al Gainey said the goal is to construct the expansion under that amount.

The school is moving to a 34-acre site located next to where it currently operates off Highway 53 behind Chestnut Mountain Church. The project's first phase will consist of the school's first permanent academic building for grades K-12.

Work is scheduled to begin within the next several months, and the building is expected to open during the 2023-24 school year. It will include classrooms, a media center, a music room, a practice gymnasium, an indoor playground and a cafeteria.

“Our school has witnessed incredible growth, particularly over the last two years,” said Mark Collins, chairman of the LCA Board of Trustees in a prepared statement. “Our expansion plans are no longer a want – they are a clear and present need.”

More than half of the land for the future campus was donated through the estate of Loyd Strickland. A press release from Lanier Christian described Strickland as a philanthropist who envisioned a Christian school for the area in the early 1980s.

Gainey said the future campus will also provide easier access to water and sewer, and will offer more visibility to the school in a busy corridor. Gainey thanked the development authority and Hall County Commissioners for their support of the project.