By Austin Eller I Video by: Seth Chapman 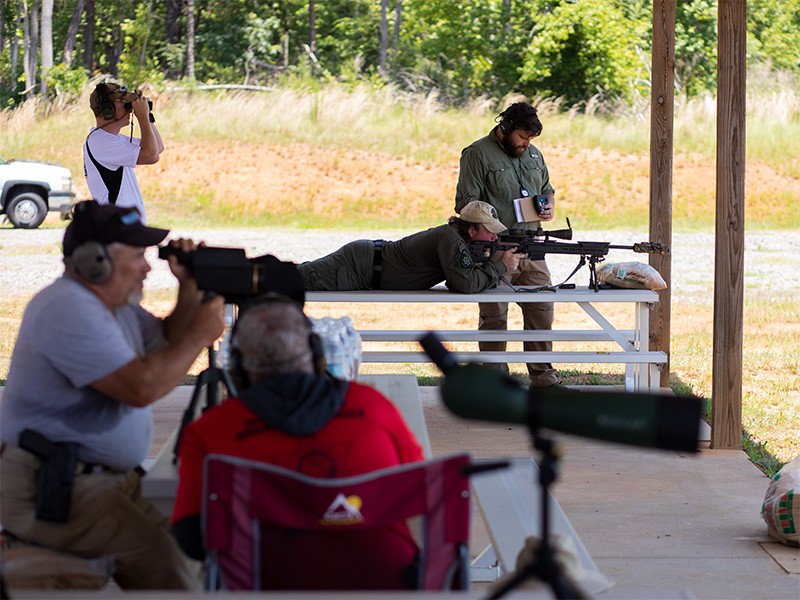 First responders from across Georgia competed Wednesday afternoon in a sniper competition during the 2022 Georgia Police and Fire Games in Gainesville.

About 20 competitors were tasked with using their bolt or semi-automatic long-range rifles to hit targets at various distances down range. Investigator Robert Talley with the Hall County Sheriff's Office said competitors could only use 20 rounds and were given a deduction for each miss.

Talley said it was nice to see first responders from so many different agencies come together for some friendly competition.

"There's a lot of familiar friendly faces that, we've actually all worked together for a really long time," Talley said. "It's actually a lot of really nice people that are out here for a common event."

Kasmar said he enjoys long-range shooting because of the associated math and science.

"It's more of an art that you have to understand to be able to hit the long-range targets," Kasmar said. "Reading the wind, reading the temperature ... the muzzle velocity, what kind of ballistic coefficient you have on the bullet."

The event was held at the Hall County Sheriff's Office Training Center on Allen Creek Road.