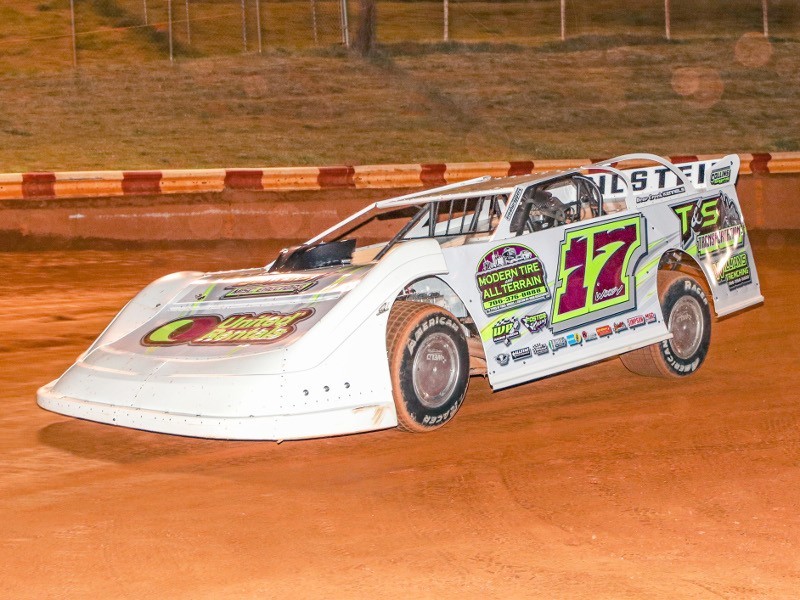 The Statham, Georgia speedster started the night by scoring the pole in qualifying with a quick lap at 16.871 seconds, with McCoy turning in the second fastest lap.

Woods had the edge at the drop of the green flag, with McCoy in pursuit. As the 20-lap feature reached the halfway mark, McCoy closed on Woods, and the lead duo battled over the ensuing laps.

With a few laps to go, Woods was able to surge ahead and went on to record the victory.

McCoy followed in second, with Frankie Beard in third, Bubba Russell in fourth, and Vince Fanello in fifth.

In other action, Dale Timms charged to the early lead, leading flag-to-flag to take the 602 Late Model victory. Parris Simmons charged late, but had to settle for a second place finish in the end. Brady Cornett followed in third, with Chris Ausburn in fourth, and Jay Merck in fifth.

Robbie Campbell and Jennifer Everett battled back and forth in the Modified Street feature, with Campbell coming away with his first win of the 2022 season.

NASCAR Camping World Truck Series regular Austin Self made the trip to Lavonia Speedway on Friday night, and came home with the Open Wheel Modified victory. Self took the lead form the start, and then battled through several restarts en route to the win. David Dove followed in second, with James Campbell in third, and James Justice in fourth.

Zane Anders was flagged as the winner of the Stock 8 feature, only to see the win go away in post-race tech. That gave the victory to David Dove, with David Brown and Ricky Chamberlain rounding out the podium.

Matt Gilbert drove to the win in the Stock 4 feature, with Elliott Brayboy, Zac Cox, Randy Boshears, and John McCurley rounding out the top five.

Cameron Fowler was the winner in the Young Guns feature. Bryson Briscoe followed in second, with Jayda Brown in third, Koltin Bryant in fourth, and Clayton Shaw in fifth.

Lavonia Speedway is back in action on Friday, June 24. For more information, visit LavoniaSpeedway.net.