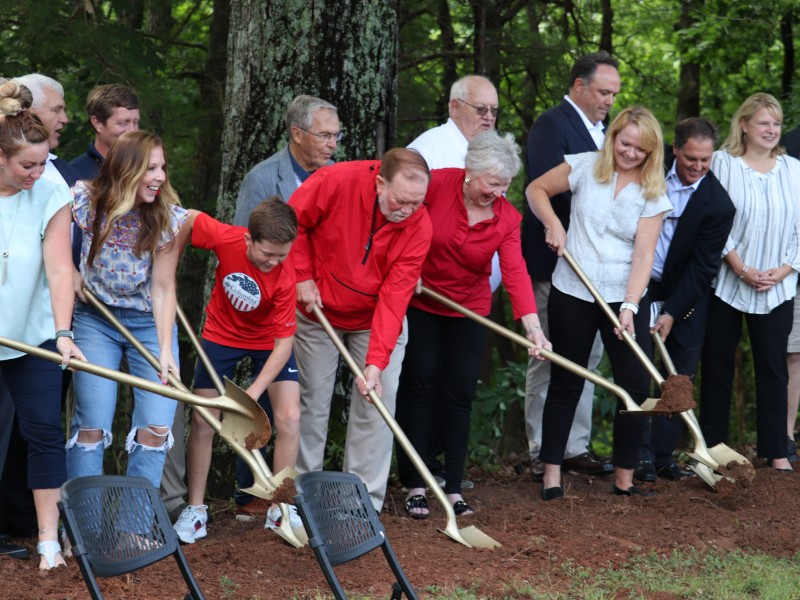 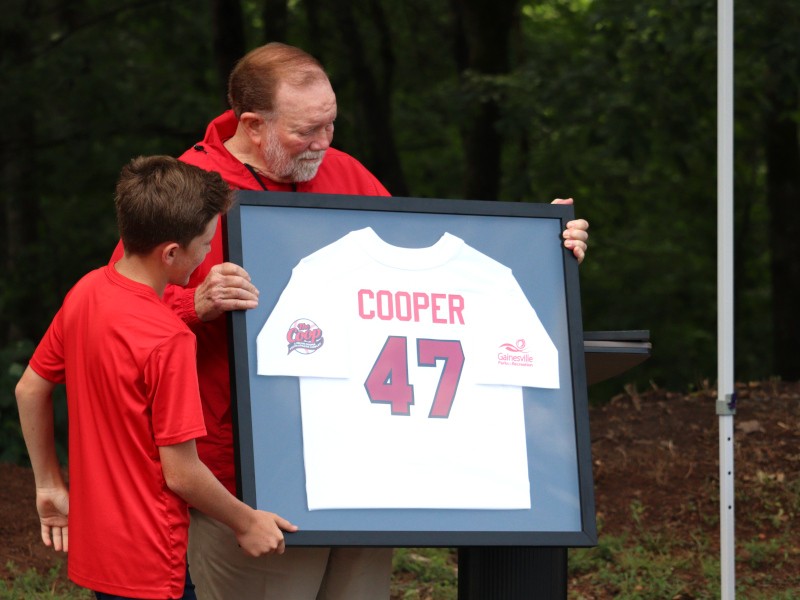 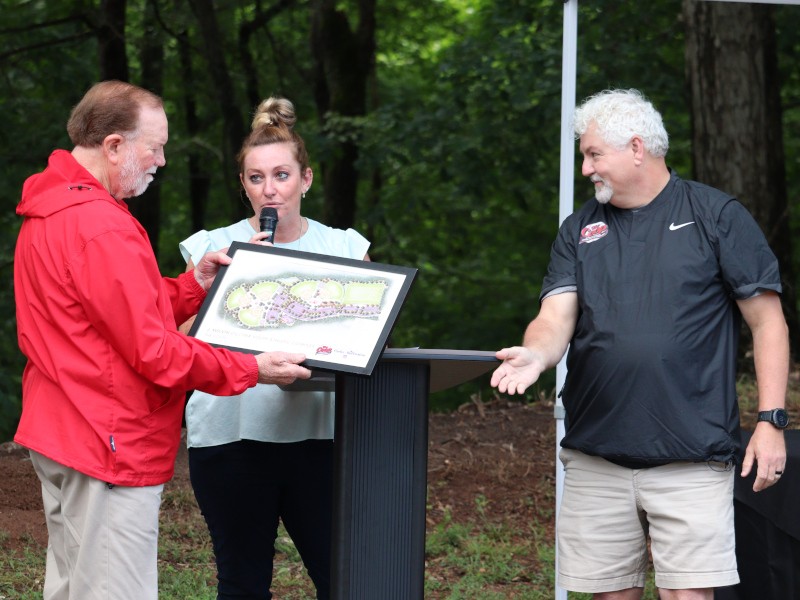 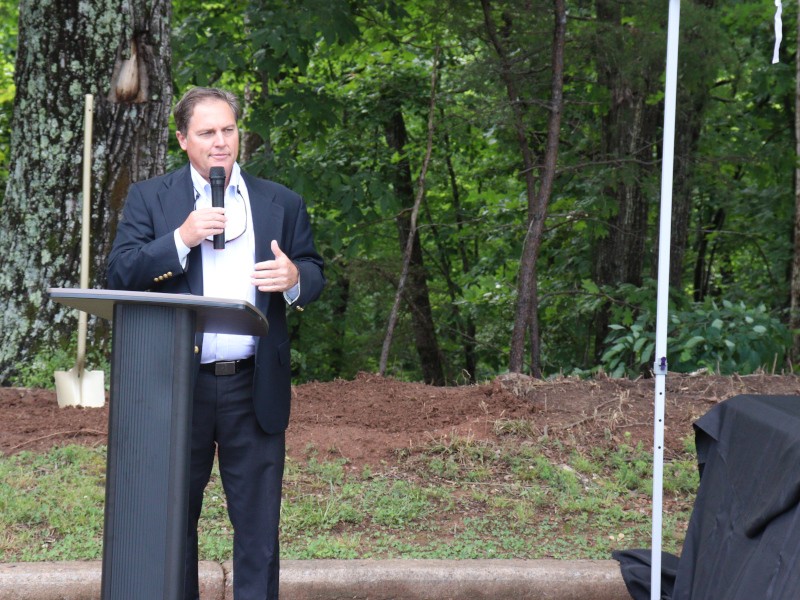 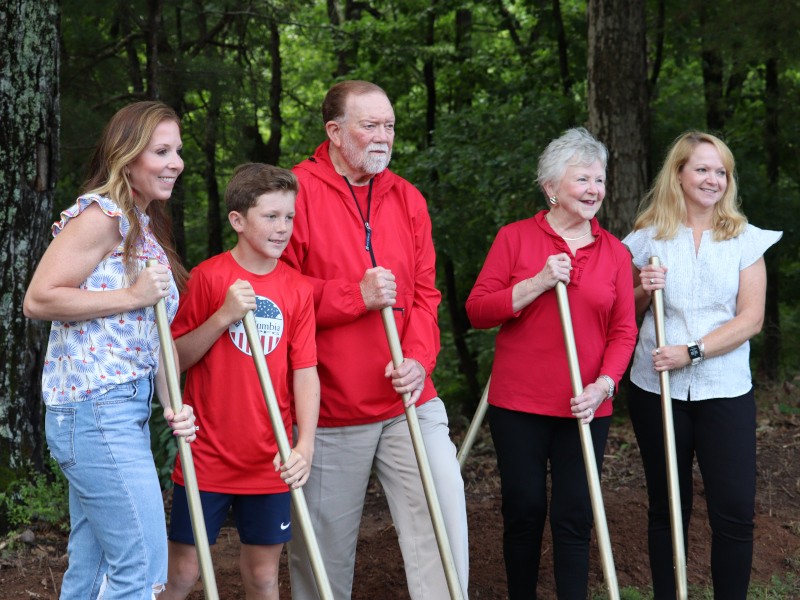 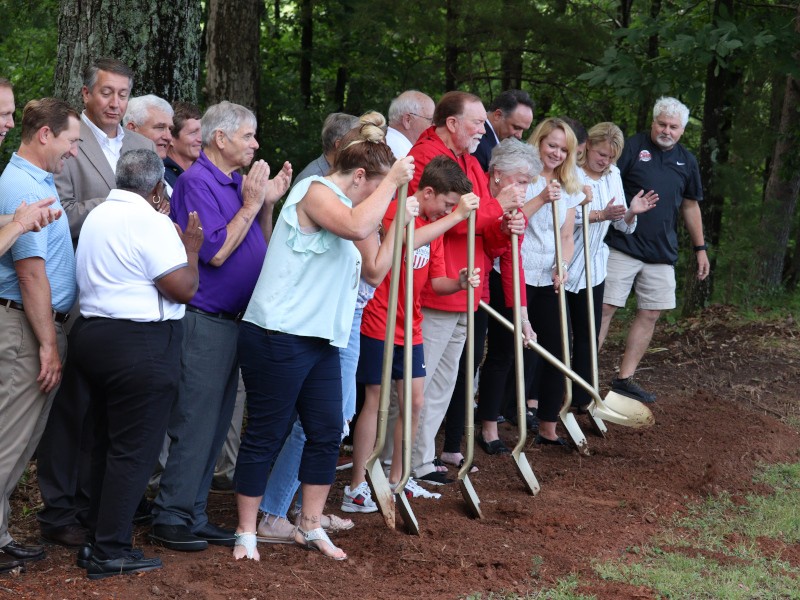 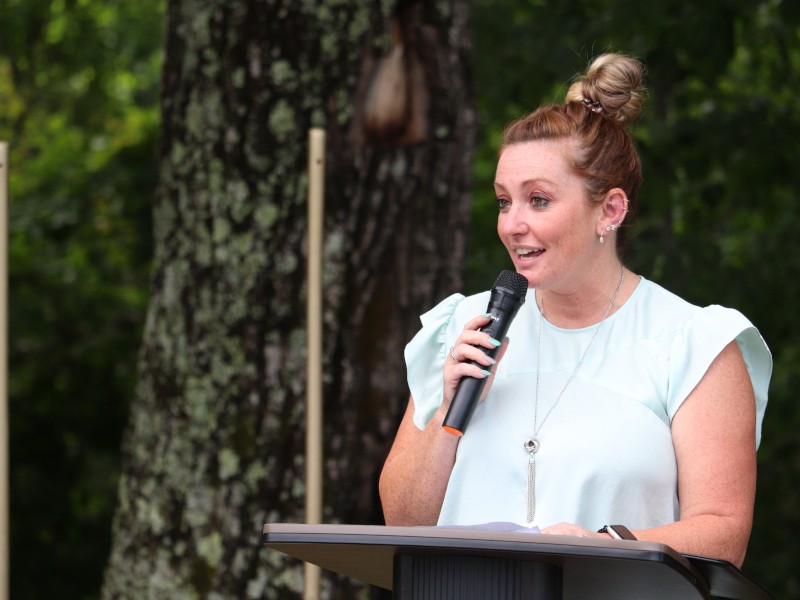 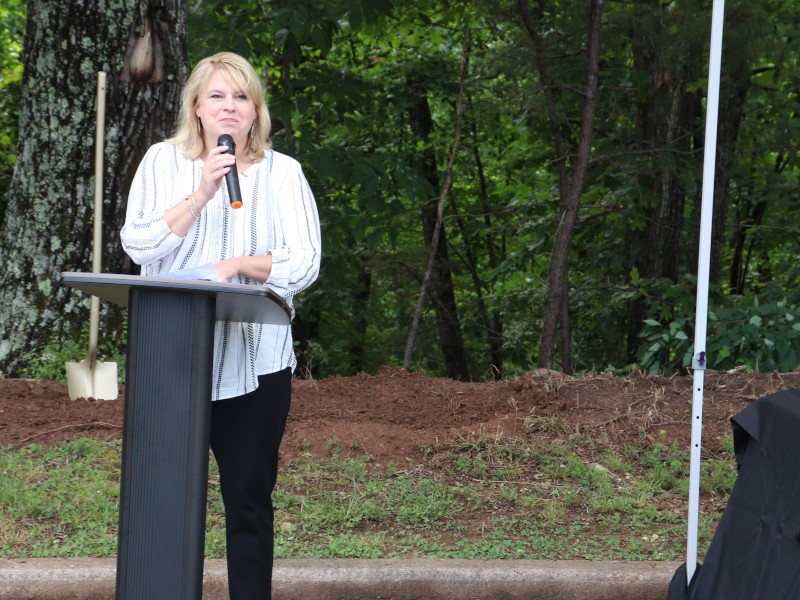 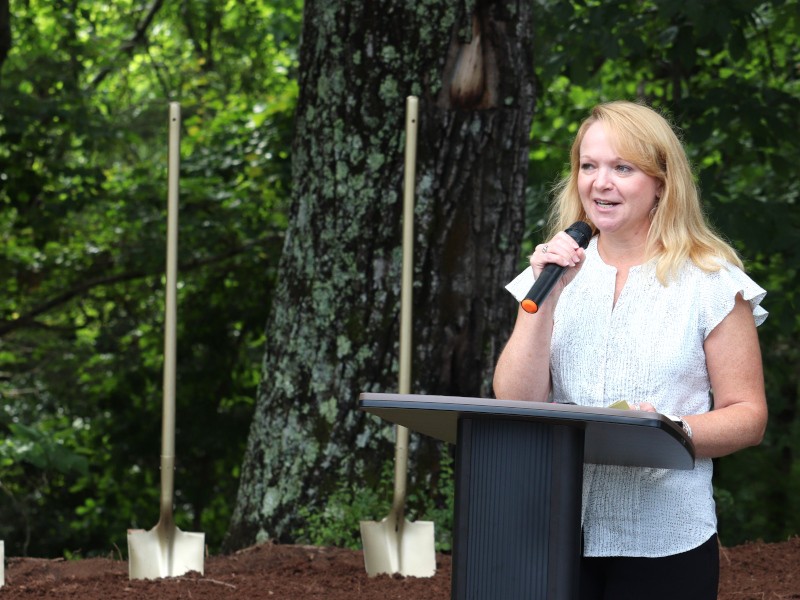 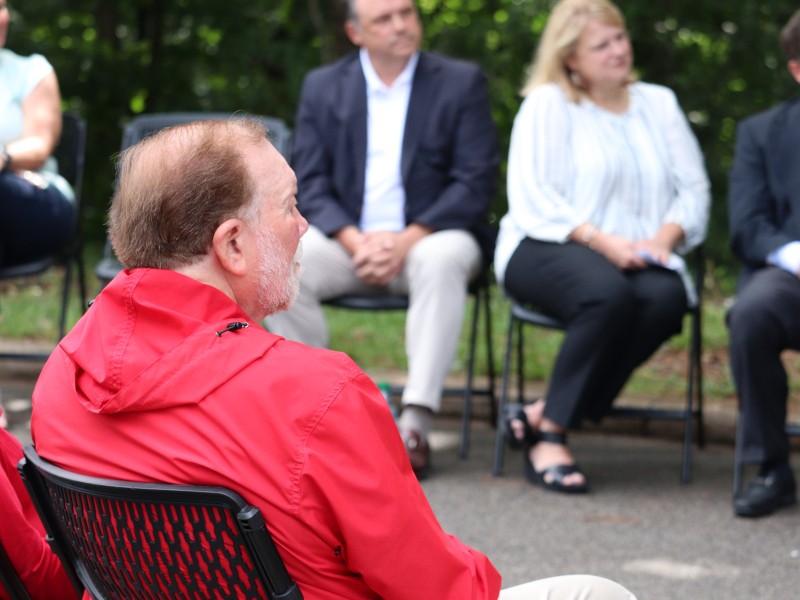 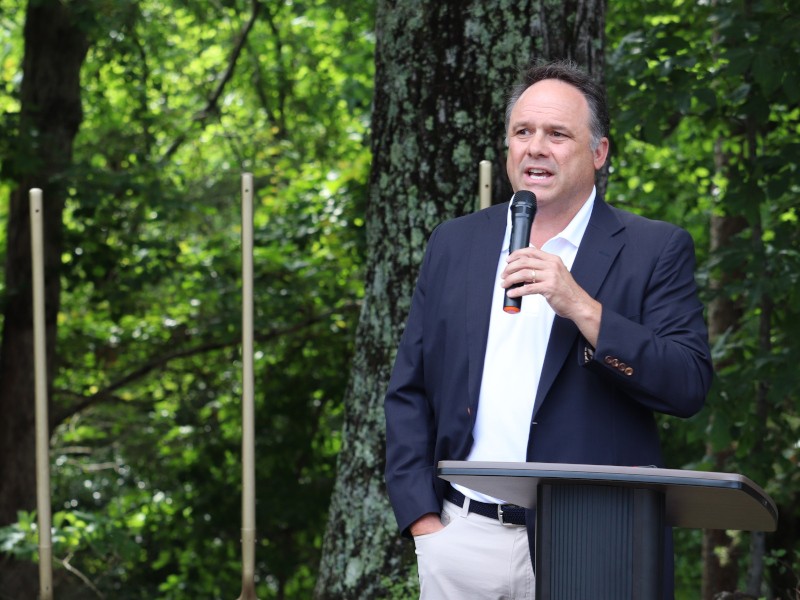 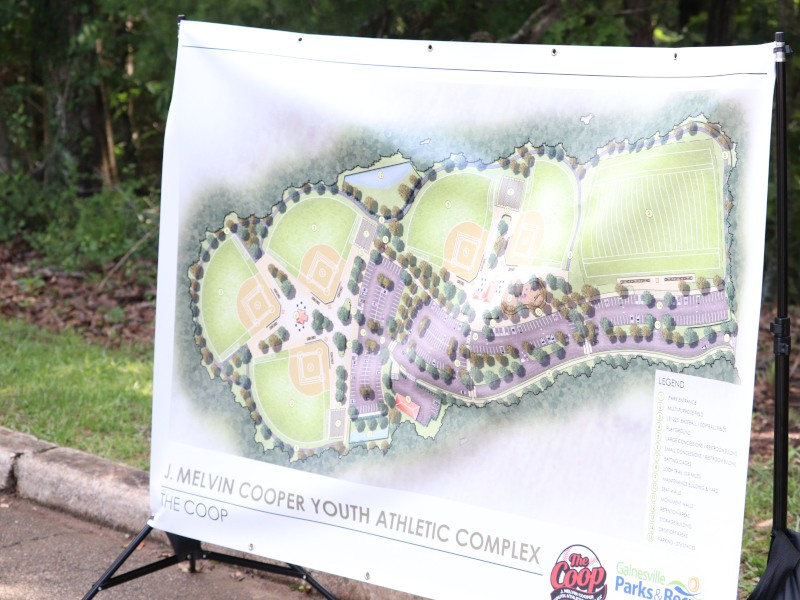 Kate Mattison, director of Gainesville Parks and Recreation, said the project will be completed in two phases. Mattison said they hope to have contractors on-site in July. The project is expected to be completed toward the end of 2023 or early in 2024.

Mattison said the project has been in the works for well over a decade and aims to provide much-needed athletic facilities to a growing community.

The complex is named in honor of Melvin Cooper, a Gainesville trailblazer who served with the parks department for 47 years. The complex is also often referred to as "The Coop."

"[The name] was actually all done before I started working here ... but I knew right away that it was the perfect name," Mattison said. "I love that we've affectionately started calling it The Coop ... we're the chicken capital of the world, so chicken coop. And also the coop for his last name, also awesome."

Gainesville Mayor Sam Couvillon had high praise for Cooper during the groundbreaking ceremony.

"Nobody is more iconic to this community than Melvin Cooper," Couvillon said. "Melvin Cooper pushed our park and rec department so that not only were we surviving and thriving here locally, if you go look at the history, we are recognized nationally ... that is on the shoulders of Melvin Cooper."

Cooper said he was happy to see the groundbreaking happen after years of building up to this moment.

"It's a longtime expectation that the community has had and I'm just glad I was a small part of the foundation of getting this facility to the point where we had the groundbreaking today," Cooper said. "I'm extremely humbled that it's been named after me. I'm thankful for the people that got us to this point."

Several members of Melvin Cooper's family were also present at the groundbreaking, including Mary Beth Cooper, one of his daughters.

"The athletic complex being named after dad not only honors his legacy at parks and rec and in our community, it creates opportunities for future generations to keep his legacy alive," Mary Beth Cooper said. "It's a place for families to come. A place where community is built. A place to enjoy the outdoors. A place where youth can create healthy habits. And a place for you to learn about teamwork, sportsmanship, and to believe in themselves."

Click the above photo gallery to view a series of photos taken at Thursday's groundbreaking.