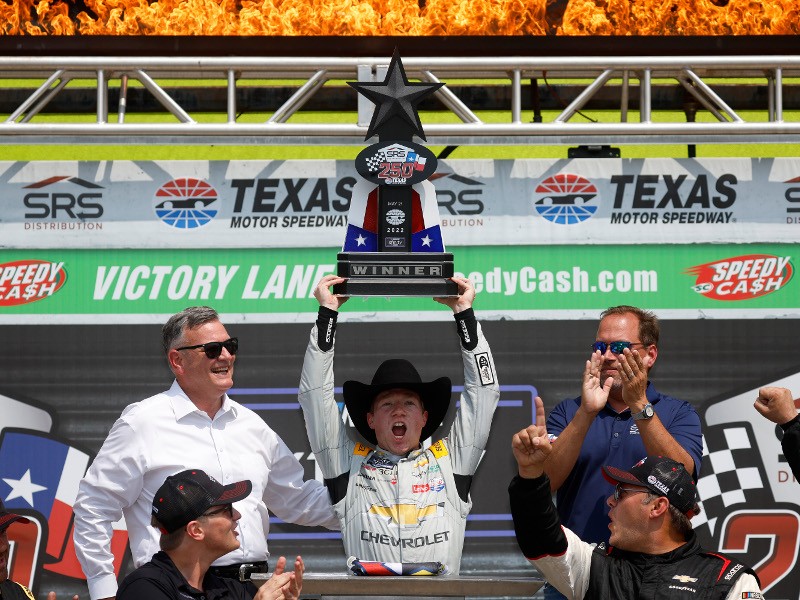 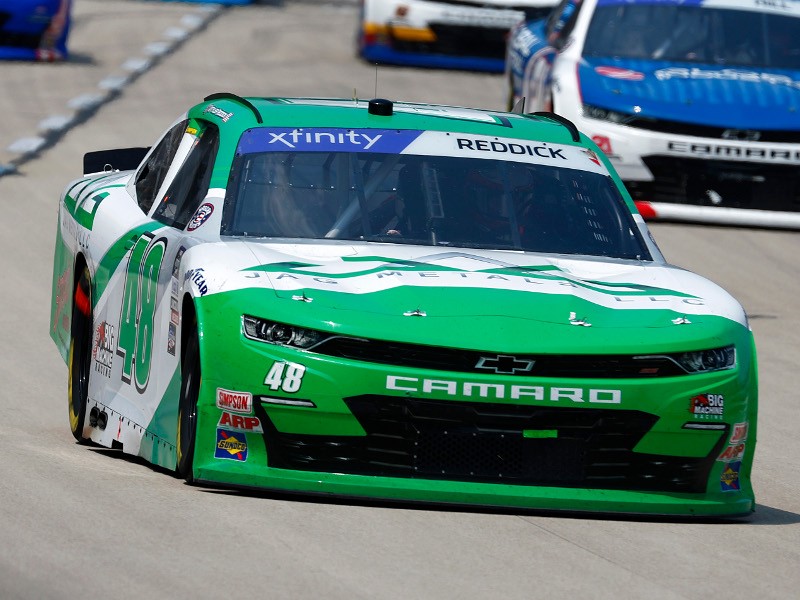 FORT WORTH, Tex. - After running among the leaders all afternoon, Tyler Reddick took the point himself with a dramatic pass from third place with 31 laps remaining and held off the field to take the checkered flag in Saturday afternoon’s NASCAR Xfinity Series race at Texas Motor Speedway.

It was Reddick’s 10th career Xfinity Series victory, coming in only his second start of 2022, and his first trophy since his 2019 Xfinity Series championship year.

It marked the first ever win for the new Big Machine Racing team’s No. 48 Chevrolet, with Reddick taking the checkered flag a distant 1.825-seconds ahead of fellow NASCAR Cup Series regular William Byron in an action-packed afternoon.

There were 11 caution periods, the second-most in the series’ history at the 1.5-mile Texas high banks, and tight racing on the ensuing restarts with the two-time Xfinity Series champion Reddick pulling off the pass and ultimately earning his team’s debut victory.

“First off, just a huge opportunity and thank you to Big Machine Racing, it (the car) was just so good,” Reddick said, noting he was motivated to take the drive this week to help the Richard Childress Racing-partnered team improve the Xfinity Series program overall.

“Chevrolet was just so good,” he added. “Nobody at RCR was really happy with where the cars were at, and I wanted to help and try to make these cars get better and to figure out what we needed to do to get these cars better.

“Well,” he smiled. “We figured it out pretty quick, I guess.”

Reddick’s victory snapped a three-race winning streak by the JR Motorsports Chevrolets, which combined to lead 118 of the 167 laps on Saturday.

Race runner-up William Byron was making his first Xfinity Series start since claiming the 2017 series championship and came within two-seconds of earning JR Motorsports what would have been a historic fourth consecutive win by four different drivers.

The team had three cars finish in the top-five and four finish inside the top-10, including Byron, Sam Mayer in third, Justin Allgaier in fourth and Josh Berry in seventh. Berry led a race best 46 laps, Allgaier was out front for 33 and Byron paced the field for seven laps.

Gragson, who is ranked second in the series driver standings, ended up scored 36th in the 38-car field after first, being collected in a chain reaction accident then secondly damaging the car beyond repair when a tire problem put the car in the wall only five laps afterward.

It was a rough ending to a great start on the weekend. Gragson earned his first career pole position, led 32 laps, and won Stage 1 – his series best sixth stage victory of the season – twice that of any driver.

“I guess the only positive is we got a Playoff point for the stage win,” Gragson said, adding, “Definitely sucks. Good to see the other JRM cars running strong. … hopefully, we can get the company a good finish today.

“Just a bummer. We’ve been doing awesome, just disappointed. We were pretty quick and was just bidding our time.”

All three of the championship leaders faced adversity on Saturday. Current points leader A.J. Allmendinger – the only driver to finish inside the top-10 in every race this season – looked like that streak may have been stopped when his car had a tire rub racing Allgaier in the closing laps. He was able to maintain his top-10 season run, however, salvaging a ninth-place finish.

Ty Gibbs, who is third in the driver standings, was involved in the initial Gragson multi-car accident on lap 89. He already had a challenging day, sent to start the race at the rear of the field for an inspection violation.

After the race – and despite the challenges they all three faced – Allmendinger will take a 44-point advantage over Gragson into next week’s race at Charlotte Motor Speedway.