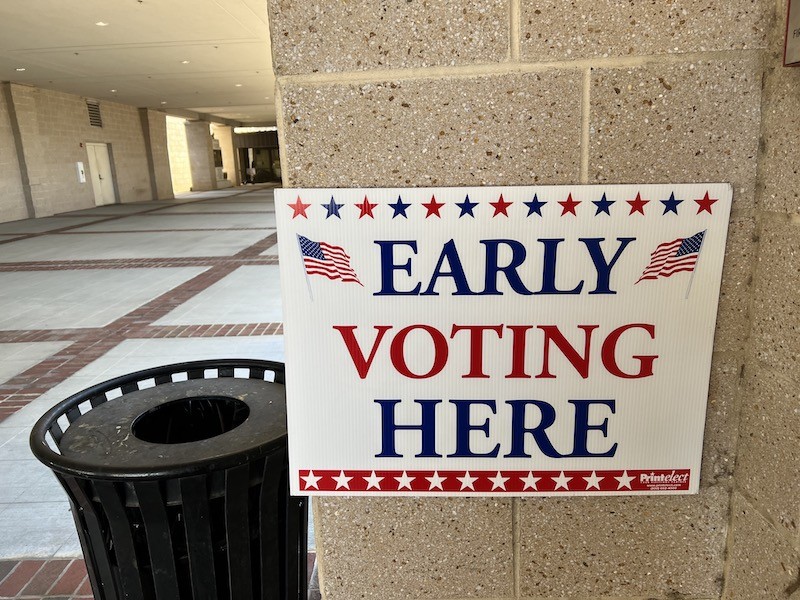 GAINESVILLE––Record early voting turnout is being reported around the state ahead of the May 24th primary, but voters aren't scrambling to the polls in Northeast Georgia just yet.

"Turnout has been steady; we are ready for a rush," said Latoya Castillo, poll manager at the Brenau Center in Downtown Gainesville. "I'm expecting election day and the last week of early voting to see a [larger] number, but I think we're doing really good."

Castillo believes the voters are informed on the races and are ready to make their voices heard.

Larry Gibson, a Hall County resident who voted Wednesday afternoon, was anxious to do that. "I think the educators should choose what is appropriate to teach in school, not a particular party...I think young people should know the full history," he said.

"America is a great country, but there's a lot of bad things in our history as well," Gibson continued.

Another voter, Monica Pozowicz, said leadership in the governor's mansion is important this cycle. "Making sure we have somebody qualified in that seat," she said.

Pozowicz was unprepared for the non-binding questions that appear on both Democrat and Republican ballots. "Some of those I didn't even know about until I did that because I didn't look at the ballot beforehand," she explained.

You can view sample ballots and learn about the candidates on ballots specific to your area on the AccessWDUN 2022 Voters Guide.

Both Gibson and Pozowicz emphasized the ease and speed of the process.