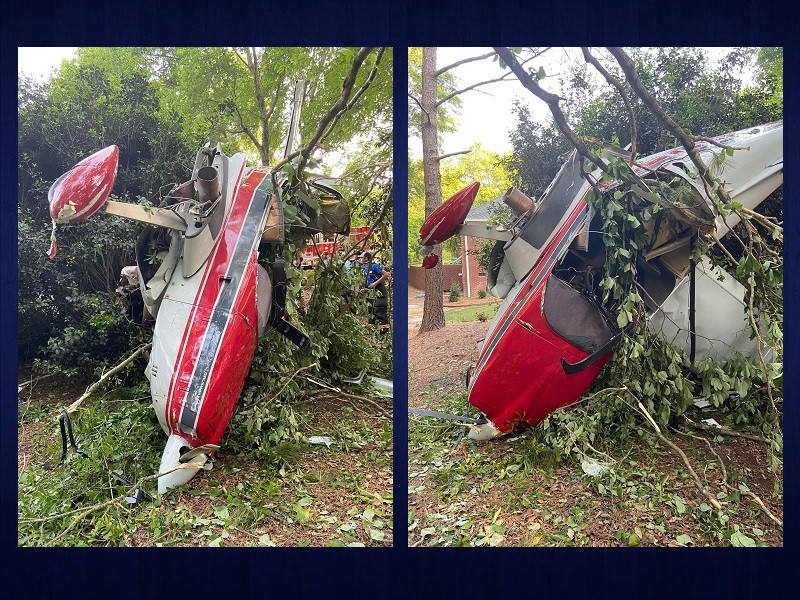 The wreckage of Keith Kleinert's plane can be seen in the yard of a home in Seneca, South Carolina. 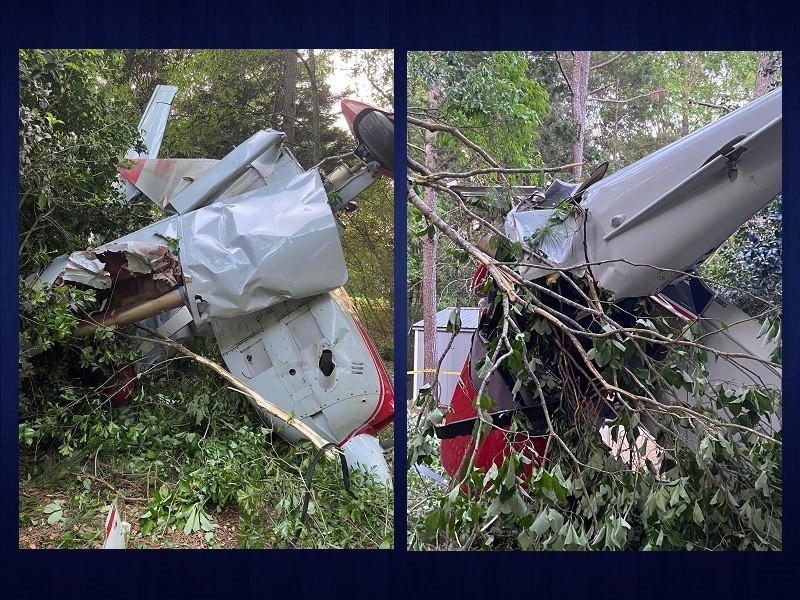 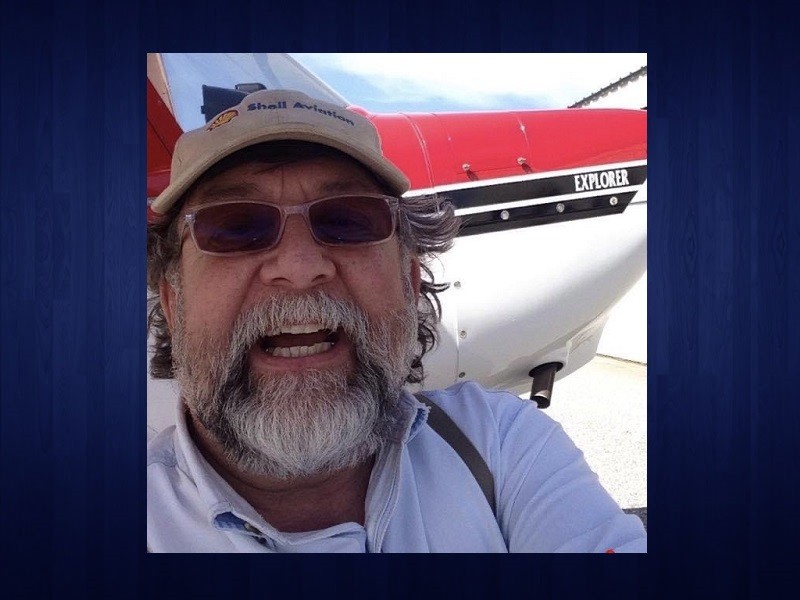 Keith Kleinert of Alto had just picked up his Grumman American AA-1C from South Carolina when the engine quit midair soon after takeoff and impacted the ground in a gated neighborhood.

“He is so lucky to be alive,” said his daughter-in-law Whitney. “We're all just very thankful. He was like I’m really thankful for my family and for my friends. He was like it really is friends that get you through stuff like this.”

The plane was in South Carolina for its annual inspection and maintenance when Kleinert picked it up.

“He was flying back,” Whitney Kleinert said. “And he was midair, and the frickin’ engine just like stopped working. Since it was upon takeoff, and like right after takeoff and the engine just stopped working, he had minimal to no control over where to land and it just essentially crashed into the ground."

The resident of the home beside the crash site immediately called 9-1-1 and he and his wife rushed to the wreckage of the plane and assisted emergency personnel with getting Kleinert out.

Family, friends, and fellow pilots agreed they think his training as a U.S. Marine Corps UH-1N helicopter pilot helped him survive the May 2 crash in Seneca, and all say the crash appeared to result from mechanical failure.

"Had he not been a Marine and been trained as a Marine helicopter pilot -- that's probably what saved his life was his piloting skills," Whitney Kleinert said.

Kleinert continues to recover in a South Carolina hospital and is in good spirits. The FAA is investigating the crash.

Kleinert, who owns and operates Kleinert EyeCare in Baldwin, has been voted Best Optometrist in Habersham County multiple times.