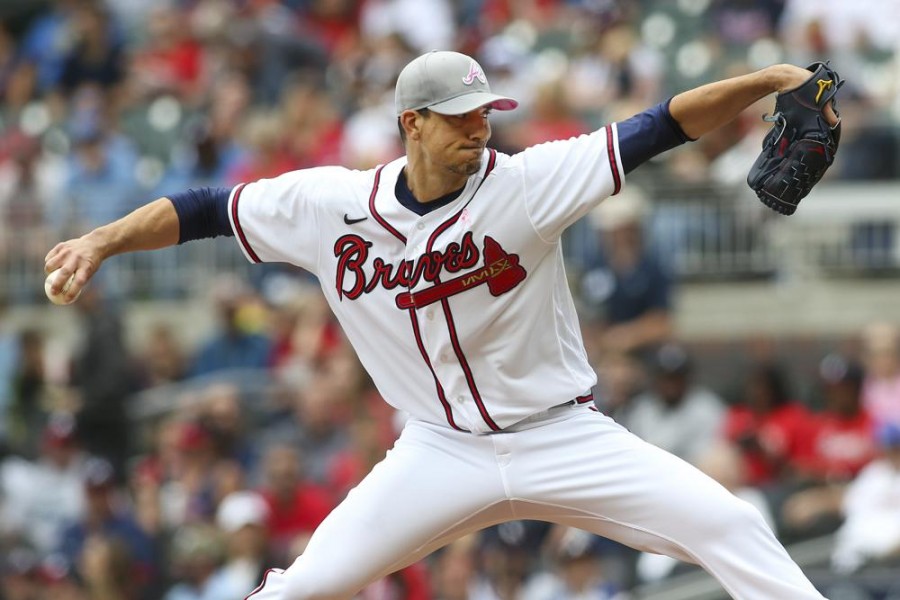 ATLANTA — Adam Duvall and William Contreras homered to help Charlie Morton win for the first time in five starts as the Atlanta Braves cranked up their bats in a 9-2 victory over the Milwaukee Brewers on Sunday.

Matt Olson hit a two-run double during a four-run second inning. Duvall homered in the third off starter Aaron Ashby, and Contreras added a three-run drive in the fifth off Jandel Gustave to pad the lead.

The Braves were winless over Morton’s previous four starts, a stretch that included a 7.85 ERA. But the 38-year-old right-hander pitched around three walks and allowed just two hits with five strikeouts in five scoreless innings.

“Today I think I saw some things from the hitters that made me feel like I’m probably not that far off, especially pretty early,” Morton said. “I see things differently from hitters and their reactions to pitches that I’m throwing. Whether it’s a fastball right down the middle that they’re not quite turning on or it’s the four-seamer up that they’re swinging under or it’s the curveball that they’re chasing. I will read swings and I will read hitters, but that’s not my game.

“I think today, especially early, I saw my stuff playing where it should be playing in the (strike) zone.”

The defending World Series champions won just their second series of the season in nine tries to improve to 14-16. The Brewers have lost two straight but still lead the NL Central with a 19-10 record.

After splitting a four-game series in New York against the NL East-leading Mets and then winning two of three against Milwaukee, Braves manager Brian Snitker likes where his team stands.

“Absolutely it shows the team we’re capable of and the team that we are,” Snitker said. “We’re still trying to get our foothold. You’d love to get everything going and get on a run, but I think the split in New York and winning a series against a first-place team shows we’re headed in the right direction.”

Duvall hit his second homer of the year, an opposite-field solo shot in the third to make it 5-0. Of Atlanta’s 34 homers this year, 27 have been solo shots. Contreras made it 9-0 by connecting to left field with a 436-foot drive that left his bat at 113 mph.

The Braves went up 6-0 in the fourth when Dansby Swanson scored on a wild pitch from Ashby (0-3). He was charged with six hits, six runs and four walks in four innings.

Morton (2-3) escaped trouble with the bases loaded in the second when Lorenzo Cain struck out and Jace Peterson flied out.

The Braves took a 4-0 lead in the second on Contreras’ bases-loaded walk, Ronald Acuña Jr.’s RBI grounder and Olson’s double. Olson’s bloop hit landed in shallow left field, just out of the reach of shortstop Willy Adames, and allowed Acuña to score from first.

Milwaukee scored twice in the eighth off Tyler Matzek. Pinch-hitter Mike Brosseau had a run-scoring single, and another run scored on a double-play grounder.

Acuña reached on an infield single in the first, extending his on-base streak to an NL-best 23 games dating to June 25. Boston’s J.D. Martinez has the majors’ longest current streak at 27 games. Acuña doubled in the fifth and finished 2 for 4 with a stolen base.

Swanson got off to a rough start to the season but after going 2 for 3 he has hit .340 with six extra-base hits and eight RBIs in his last 16 games. He’s now batting .242.

Brewers catcher Omar Narváez dropped to the ground after Swanson’s foul ball glanced off his left arm in the fourth. He stayed in the game after being tended to by a trainer. 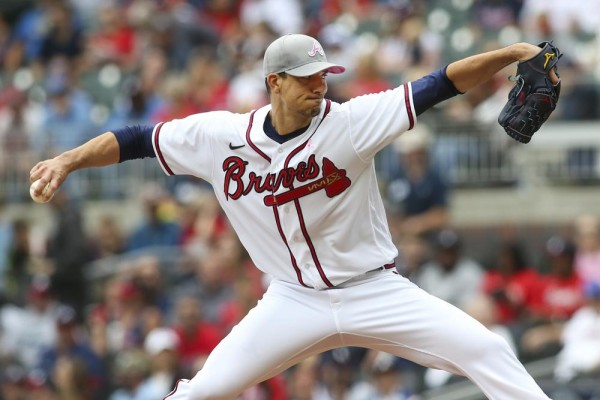 Braves play long ball, Morton gets win
Adam Duvall and William Contreras homered to help Charlie Morton win for the first time in five starts as the Atlanta Braves cranked up their bats in a 9-2 victory over the Milwaukee Brewers on Sunday... 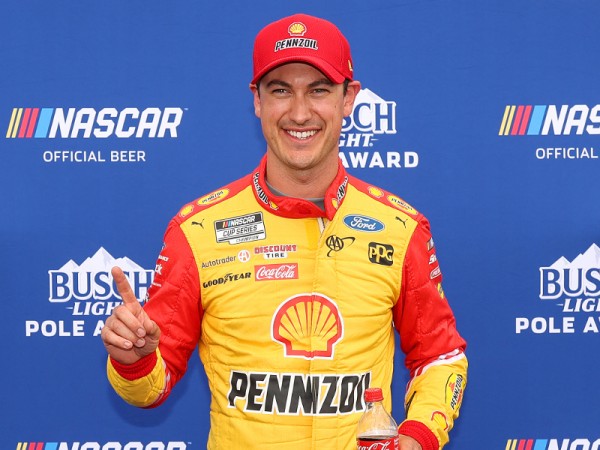 Logano bumps Byron out of the way for Darlington win
Joey Logano got to William Byron’s back bumper with less than two laps to go. That was all Logano needed, as he gave Byron’s car a shove going into the third turn... 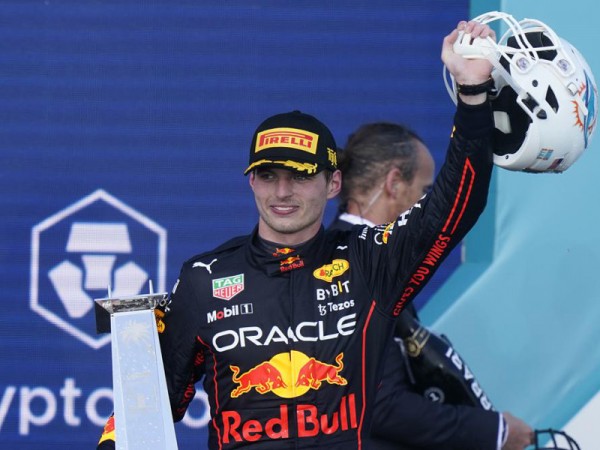 Verstappen cruises to win in inaugural Miami Grand Prix
His first day racing around the new Formula One circuit in Miami was absolutely horrible. Then he made a mistake in qualifying that cost him a spot on the front row.
Sports 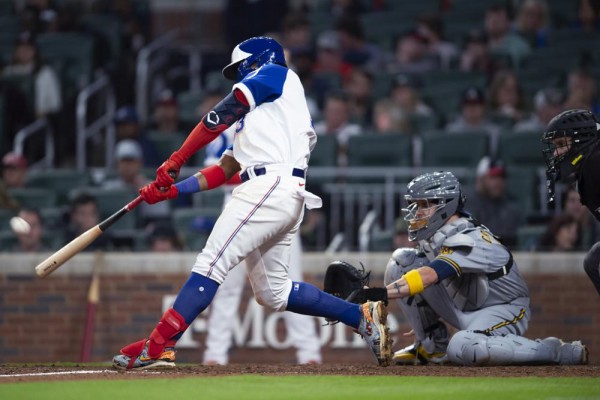 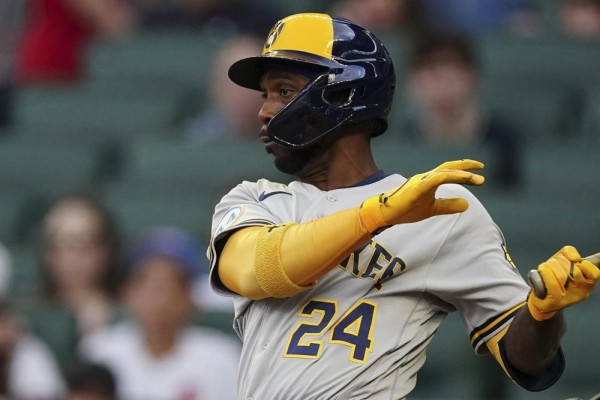 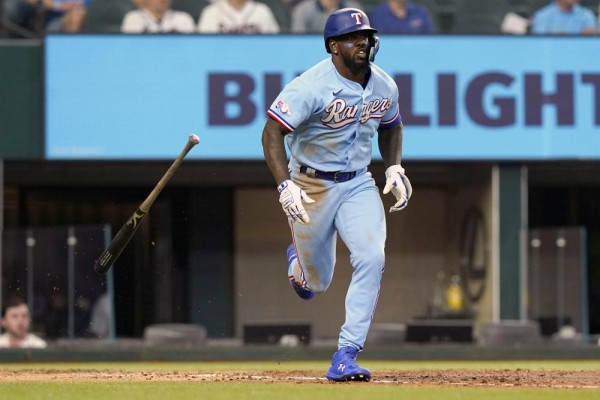 Rangers beat Braves again to take series
Adolis Garcia highlighted a three-hit, four-RBI day with a bases-clearing triple in the third inning to help the Texas Rangers beat the Atlanta Braves 7-3 on Sunday...
By The Associated Press 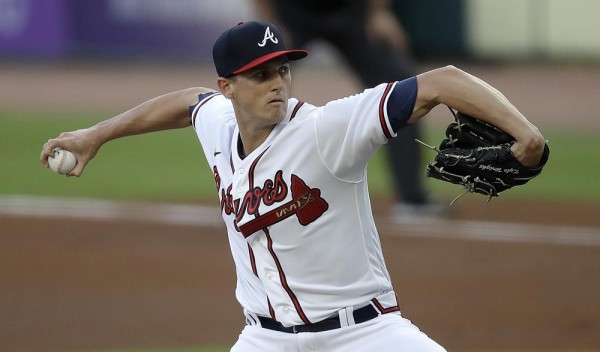 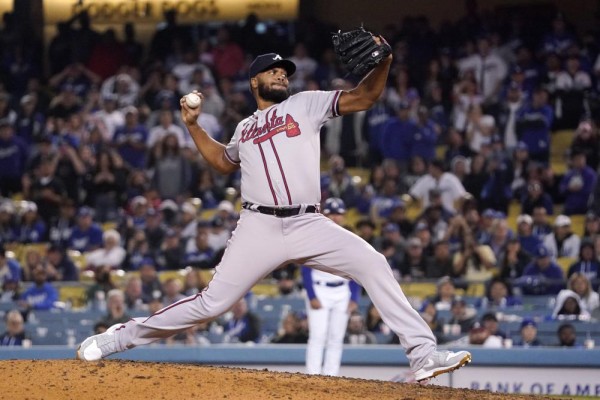