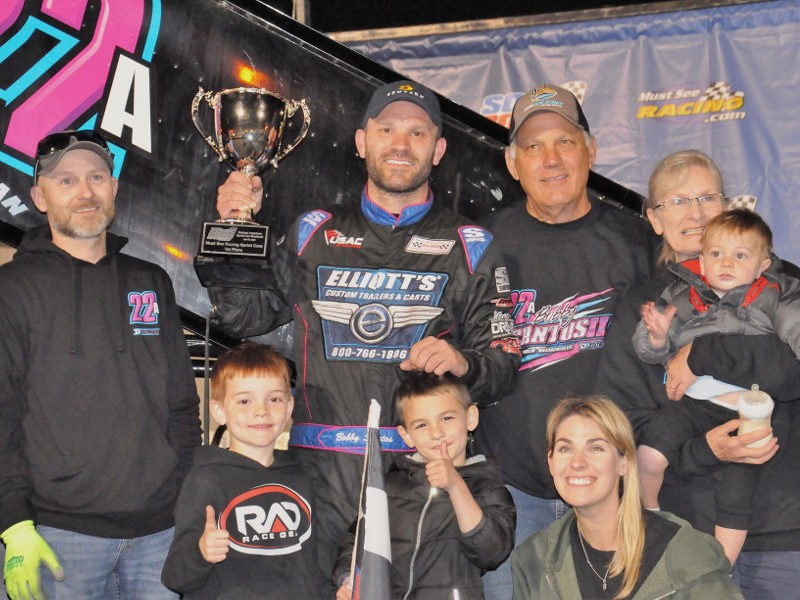 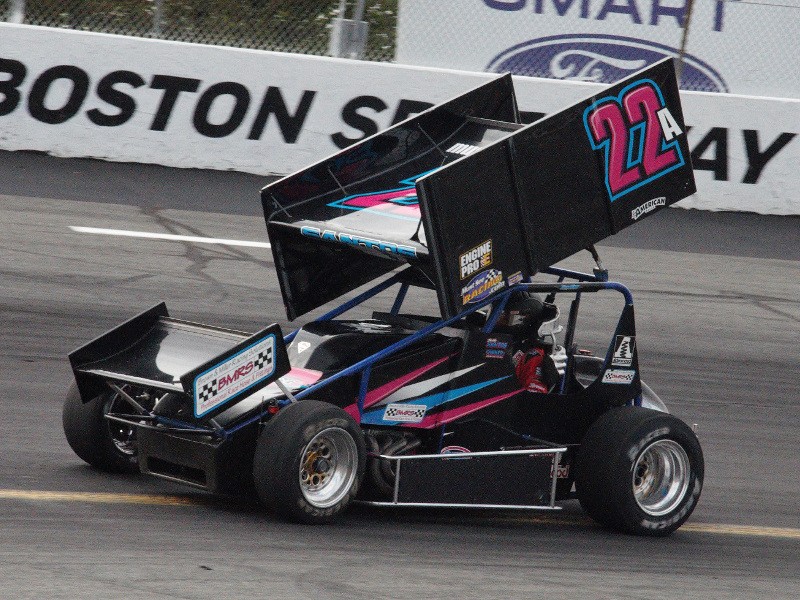 Bobby Santos broke out the broom on his visit to South Boston Speedway.

On Friday night, Santos picked his way forward from his seventh place starting spot, then surged past early race leader Troy DeClair on lap 14 of the 30 lap feature.

From there, Santos drove away to take the win.

Getting to the front of the field at South Boston Speedway was the hardest part Friday night for seventh-starting Bobby Santos.

Once he got there, staying ahead of the pack was simple.

Santos cruised to the opening victory of the Must See Racing Sprint Car Series presented by Engine Pro season with a dominant late-race performance at the four-tenths-mile, semi-banked oval. He picked his way forward early, then surged past outside polesitter and early race leader Troy DeCaire in lap traffic on the 14th circuit of a fast-paced 30-lap feature.

From that point on, Santos never looked back en route to the win in the series first visit to South Boston and the first series event ever held in the state of Virginia.

“We had a great car, right from the start of the race,” Santos said. “I can’t thank Dick (Fieler) enough. He gives me all the resources to come out here and perform like we did tonight. Honestly, we’ve all been chasing the McCune family in the series for so long that you wonder if anyone else is ever going to end up on top … but it felt good to have Jim (McCune) come over and congratulate us after that one.

“They’ve been the model of consistency and excellence here and I’m happy we could give them a run tonight,” Santos continued. “It was crazy sketchy coming up through the field, but when you have a great race car, you can be confident in the moves you’re making and that’s how I felt out there all night.”

Charlie Schultz finished in second, with Jacob Dolinar in third, Joe Liguori in fourth, and Joshua Sexton in fifth.

On Saturday night, what took Bobby Santos nearly half the race on Friday took less than two laps. It also ended in the same result.

Santos surged from fourth on the grid to the top spot in less than two laps. He passed outside pole sitter Joe Liguori in turn three on lap two and led the remaining 30 laps to score the victory.

Santos beat eventual runner-up Jacob Dolinar by 8.978 seconds at the checkered flag to complete a sweep of the weekend with his fourth career win with the winged 410 pavement sprint car tour.

“The guys did a great job and really gave me everything that I needed again,” said Santos. “I just hope that everyone is OK (for the next race out), because a lot of guys had tough luck this weekend with motors and other things … and you never want to see that in a series as competitive as this one. That’s a bit of a bummer as a group, but it was a lot of fun racing this winged car tonight.”

The most exciting moment of the feature came after Santos had taken the checkered flag, when Dolinar and Liguori touched wheels exiting the final corner while battling for runner-up honors.

The contact sent Liguori spinning into the inside wall, destroying his car. Meanwhile Dolinar crossed the finish line just ahead of Liguori.

Despite being backward and having pieces flying off his race car, Liguori still managed to reach the checkered flag and was scored with a third-place finish.

Charlie Schultz and Troy DeCaire rounded out the top five.