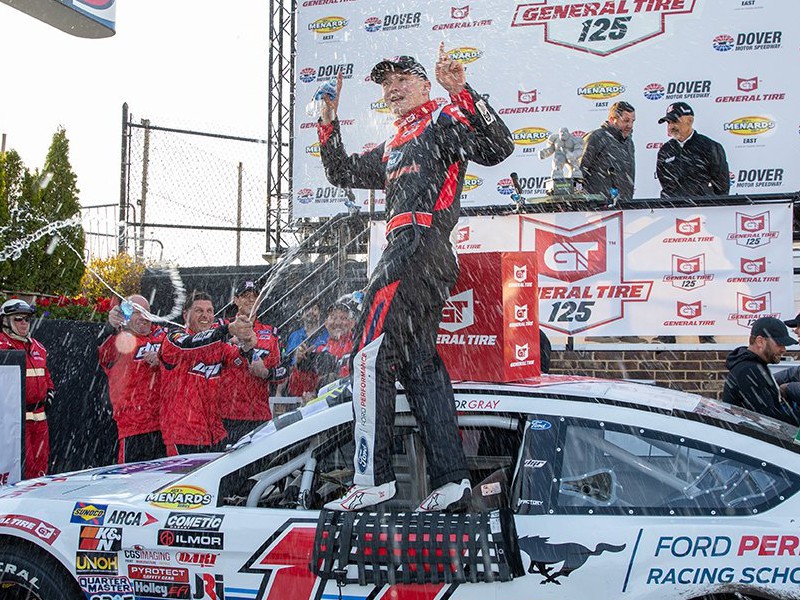 Gray, at the wheel of the No. 17 Ford Mustang for David Gilliland Racing, dominated Friday’s General Tire 125 at Dover Motor Speedway for the first East Series victory of his young career.

The race served as the debut for the new Ford Mustang body style in ARCA competition and Gray used it to put on a clinic. He set a track record in qualifying to earn the pole for the 125-lap event before leading 115 laps on his way to the checkered flag.

The only other driver to lead laps Friday was two-time ARCA Menards Series West champion Jesse Love, who briefly took the lead from Gray following a restart on lap 30.

His time at the front was brief as Gray ran him back down and passed him shortly before the first of two race breaks at lap 40. Gray proceeded to lead the remainder of the race while Love finished second, 1.456 seconds behind Gray.