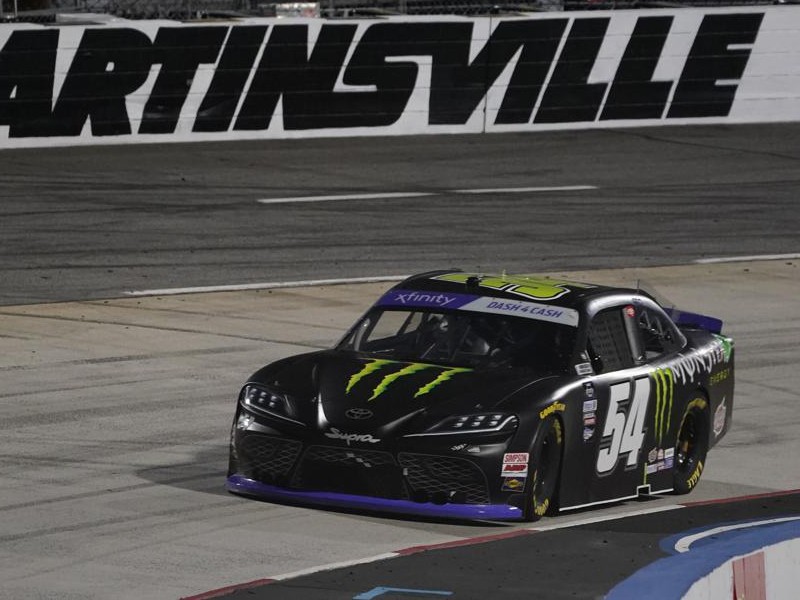 Joey Logano has had his share of conflict during a career that began with his appointment as “Sliced Bread” upon arrival.

He was 18 and overhyped, evidenced by a nickname that likened him to the “greatest thing since ... sliced bread." Eager to prove himself and determined not to be pushed around, Logano scrapped with just about all of NASCAR's biggest stars.

He's had a beef with Kevin Harvick, as well as former Joe Gibbs Racing teammates Denny Hamlin and Kyle Busch. Tony Stewart, the guy he replaced at Gibbs, called Logano “nothing but a little rich kid” during their spat, and Matt Kenseth was suspended two races for deliberately knocking Logano out of championship-contention during their contentious flare-up.

And so it is with some bemusement that Logano watches from afar as Ty Gibbs, the 19-year-old heir apparent at the Gibbs organization, is struggling to find his own footing with three incidents in the past six Xfinity Series races.

“I have a lot more grace for seeing that stuff after going through it myself,” Logano said. “Do I agree with the way it went down? No, I don’t. Have I done that type of thing before? Yeah, I have. Am I proud of it? No, not at all. But I learned from it at least.”

Ty Gibbs this year hasn't helped his bid to overcome the perception he's only advanced to NASCAR's second-tier Xfinity Series because his grandfather owns the team. Gibbs has the best car on track each week and it shows — he has three wins through eight races, is ranked second in the standings and has led nearly a quarter of the laps completed to date — but he's aggressive and it exploded last weekend at Martinsville Speedway.

Gibbs and Sam Mayer were racing A.J. Allmendinger on the final lap of Friday's Xfinity Series race with a $100,000 bonus on the line. Mayer moved Gibbs out of his way, Gibbs retaliated after the checkered flag and then they brawled on pit road.

Gibbs, while still wearing his helmet, threw punches at the unprotected face of his fellow teen rival.

“It’s part of growing up on TV. You’re growing up in the limelight, right?” he said before addressing Gibbs specifically, "it’s a very popular driver. He’s very good, he wins, he’s in a great car, and he’s pretty dang aggressive. And I can relate to all that.

What Logano most did not understand is why Gibbs was upset with Mayer after the race. Gibbs has shown since his NASCAR national series debut — a stunning win on the road course in Daytona — that he's willing to bump and bang his way into victory lane and he's been aggressive this season.

At Las Vegas in March, Gibbs spun Ryan Sieg early in the Xfinity Series race, which led to a conversation on pit road between the two during a rain delay, and then more contact between the two when racing resumed. At Richmond two races ago, Gibbs bumped his way past teammate John Hunter Nemechek to win the race.