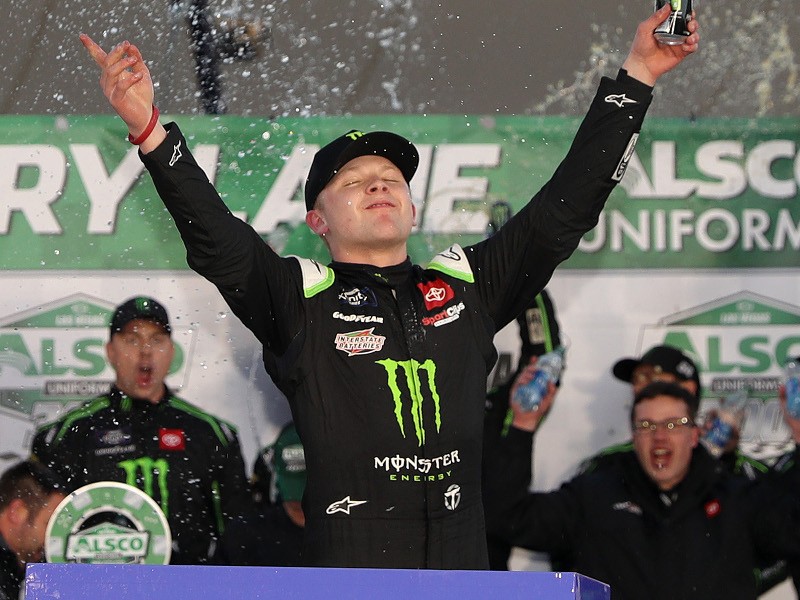 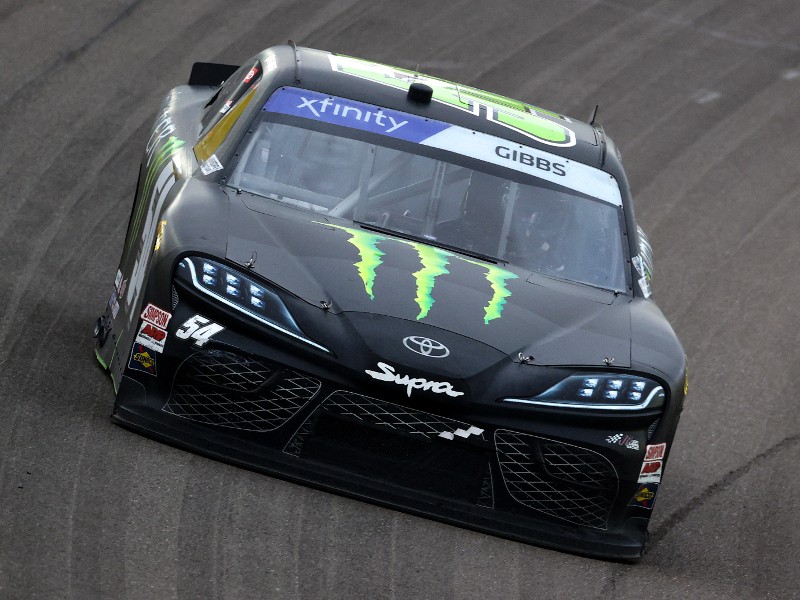 LAS VEGAS, Nev. - Ty Gibbs pulled away from the field on a restart with six laps remaining and held off hometown favorite Noah Gragson to claim his first NASCAR Xfinity Series win of the season on Saturday at Las Vegas Motor Speedway.

It was the first win of the year for the 19-year-old grandson of NASCAR Hall of Fame Team Owner Joe Gibbs. He had an eventful day from the drop of the green flag. His No. 54 Toyota got just the nudge he needed from JR Motorsports’ Justin Allgaier on the final restart, and then pulled away from Allgaier’s teammate Gragson to take the lead for the first time on the day and ultimately score his fifth career series victory.

The race had a little bit of everything – from snowflakes in the air to dust-ups on the track. There were 17 lead changes, 11 caution flags and a 42-minute red flag for light snow and rain.

For the first half of the race, there was never more than a 15-lap period of green flag laps run between caution flags. There were seven yellow flags by lap 90.

Gibbs’ day started with a run-in with Tucker, Georgia’s Ryan Sieg on lap 4 of the 200-lap race. The two made enough contact while racing hard to send Sieg’s No. 39 Ford hard into the outside wall. The team was still making repairs when the red flag came out for rain and reports of light snow.

With drivers standing outside their cars, Sieg made his way down pit road to have what appeared to be an animated discussion with Gibbs about the incident. And Sieg was visibly still frustrated after the talk.

“It’s tough, but it is what it is,’’ Sieg told reporters while still waiting by his car. “He’s definitely going to have to learn his lesson, you know what I mean.”

Gibbs remained adamant that he didn’t do anything on purpose.

“I told him if my goal was to wreck you and end your day, you wouldn’t have made it around another lap,’’ a defiant Gibbs said.

A few minutes later, he softened his tone and apologized for ruining Sieg’s day and the impact it had on the Sieg’s small, family-owned team. The race re-started, and only a handful of laps later, Sieg pulled alongside Gibbs and looked as if he was trying to wreck Gibbs, but he missed and spun out himself.

Again, after the race, Gibbs apologized to Sieg on live television for starting the whole episode.

“I want to apologize to the 39 (Sieg) for the contact I made, it wasn’t my best decision and I’m sorry to the whole group, Ryan’s family, they work so hard.

“I want to say thank you to Justin Allgaier for my push too,’’ Gibbs added. “I had a fun time racing with the Junior cars (JR Motorsports) too so hopefully we can keep it going and win some more races.”

Certainly it was a bitter pill for Gragson to swallow. He won both Stage 1 and Stage 2 of the race and was leading when the final caution came out for a multi-car wreck in turn 4. He lined up with Daniel Hemric behind him. His teammate Allgaier was behind Gibbs and Gibbs was able to pull away just enough to pull away to a nearly half-second lead before a wreck – after the white flag – froze the field.

“I just kind of got beat at our own game there. Restarts just came up short,’’ Gragson said, adding “Just needed to be better. Congrats to them and we’ll keep working hard. Thankful to this team led by Luke Lambert and we’ll come back stronger next week.”

While the top finishers had no issues in post-race tech, the car of Joe Graf, Jr., who was flagged in 29th place, was disqualified for having three loose or missing lug nuts.