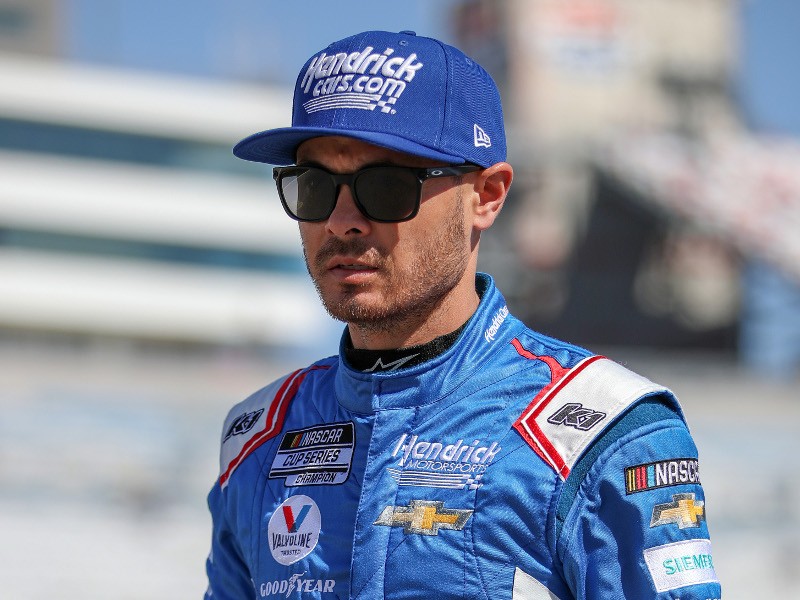 Reigning NASCAR Cup Series champion Kyle Larson spoke with the media Saturday morning at Las Vegas Motor Speedway and reported that he had a positive meeting with Hendrick Motorsports teammate Chase Elliott after an on-track incident between the two last Sunday in California.

With 11 laps remaining in the race, Larson was in the middle of turn 1 making a pass on Joey Logano, driving a lane below. Larson said he didn’t see Elliott go a lane higher at the same time – making it three-wide. Larson veered toward Elliott’s No. 9 Chevrolet, which hit the wall and was damaged.

Elliott continued, but eventually spun out and brought out the final caution with nine laps to go, forcing Larson to have to beat the field on the ensuing restart with three laps remaining.

“I got to talk to him and we kind of went over what happened from each of our vantage points,’’ Larson said after qualifying. “It went well, honestly better than I anticipated. He’s a great teammate.’’

Their private conversation came after a mid-week talk with longtime team owner Rick Hendrick, who has a history of settling differences among his talented driver lineups. A decade ago, he was mending fences with another pair of his champion drivers – Jeff Gordon and Jimmie Johnson.

“Rick (Hendrick) called a meeting with all four teams and just kind of reiterated his expectations with us drivers,’’ Larson said. “It’s good to get those reminders every now and then and continue to race good in the future with each other. I’ll catch-up more with Chase (Elliott) in a little bit and we’ll be good.

Larson’s spotter, Tyler Monn, took to social media last week after the race saying it was his mistake for not letting Larson know Elliott was outside him.

“I was worried more about the 22 (Logano) and not the 9 (Elliott). It was a late call on me it had nothing to do with Kyle (Larson),’’ Monn said on Twitter.

Las Vegas native and 2009 race winner Kyle Busch brought out a yellow flag less than 10 minutes into Saturday’s 35-minute practice session. A tire went down and his No. 18 Joe Gibbs Racing Toyota slammed hard into the wall. The car was carried to the garage on a wrecker with significant damage and the crew pulled out a back-up car for Busch to use in Sunday’s race.

The new car was completely silver with no paint scheme or number – in fact it had Denny Hamlin’s name on the rear window – and was not ready for a qualifying run. So Busch will start from the rear of the grid on Sunday. The team said the car had originally been sent to the West Coast Swing of races to provide various back-up parts.