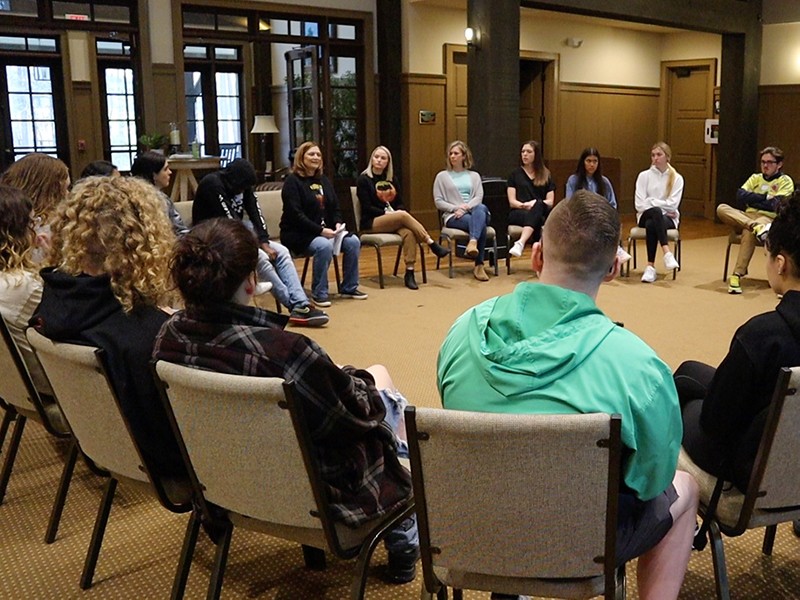 A group of 40 students from each high school in Hall County is now better equipped to recognize the signs of suicide in their peers.

They will also be ambassadors for suicide prevention in their schools.

"Prevention is a huge aspect of what we would like to do for mental health and not always be reactionary," said Tamara Etterling, director of Student Services for Hall County Schools. "We're also spreading the message mental is health is not something that is a secret, that we all have to work on our mental health just like we work on our physical health."

This group of students gathered at Eagle Ranch in Chestnut Mountain for a day of training in three programs. The event was funded by Project Aware of Hall County, a five year grant that was awarded to Hall County Schools to increase awareness of mental health issues among school-aged youth.

One of the programs taught yesterday, Sources of Strength, is a national program the Hall County School District implemented at Flowery Branch High School a year ago.

As a part of this program, students create campaigns to raise awareness about mental health issues.

"We put out the survey and the first couple of emails we got from staff members is, 'Hey, do you have the list ready?' because we let the staff members know who said they were their trusted adult," said Nelson. "It's important to them to know who put them down and we've had staff members come and say, 'Hey, this student shared this with me, I need to give this to you as a counselor.'"

Etterling said following the day of training, these students will create similar campaigns at their respective schools.

Participating students chose to be a part of the training. JC Montoya, a junior at Flowery Branch High School, said he wanted to participate because he believes in helping others.

"You can't tell someone what to do...it's not your life, you can't live it for them, but it is important to guide them," said Montoya. "When I go back, if I learned something here today, then I'll apply it."

"Students will feel like they can go talk to people instead of [being] shy or nervous...they'll see that we did it already and it's not that scary," said Weck.

Students were trained on two other programs during the Eagle Ranch event, as well: Teen Mental Health First Aid and QPR.

The Teen Mental Health First Aid helps students have a better understanding of mental health and to know when to seek help for themselves or a friend.

QPR stands for question, persuade and refer. It is a three-step process that teaches the warning signs of suicide and helps save lives. 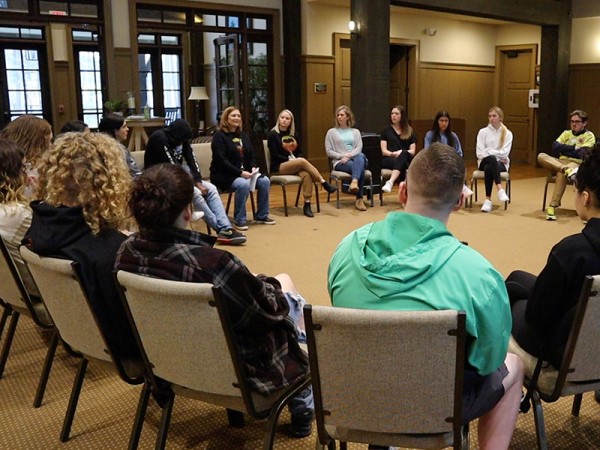 Hall County students participate in mental health training
A group of 40 students from each high school in Hall County is now better equipped to recognize the signs of suicide in their peers. 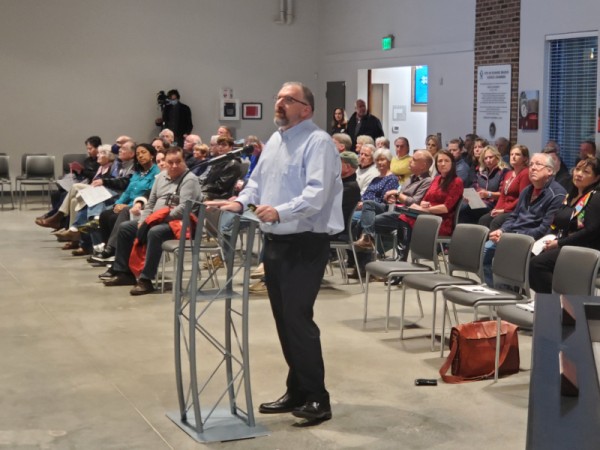 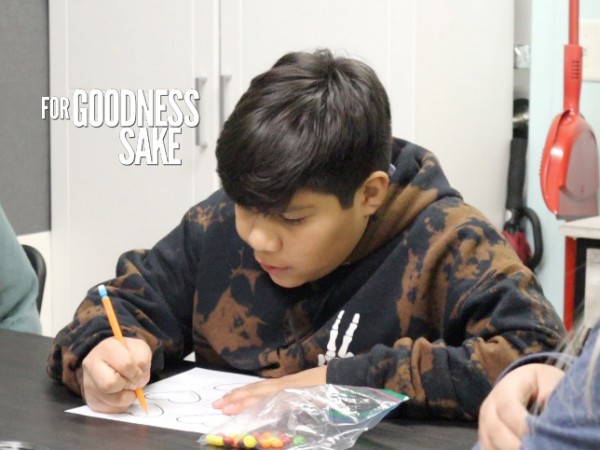 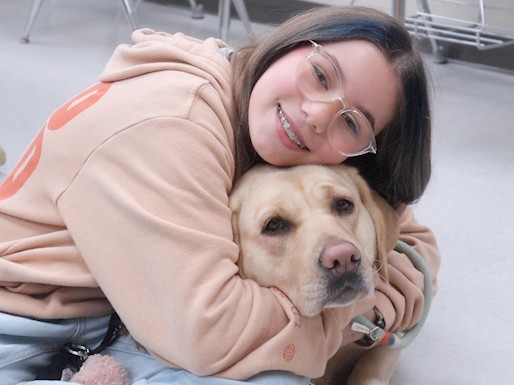 Medical service dog attends school with diabetic student at Lumpkin Co. Middle
For 12-year-old Charlotte Sessions, Baymax the 2-and-a-half year-old yellow Labrador Retriever is like a sibling. But Baymax also serves a very special purpose- one that could even save Charlotte’s life. 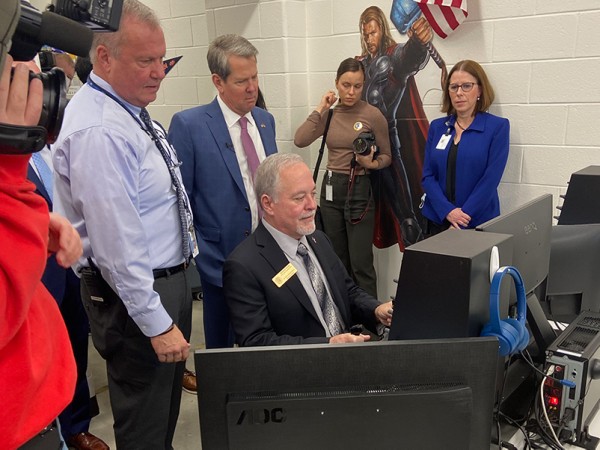 Hall County BOE approves $2 million for school renovations
The Hall County Board of Education Monday approved the use of more than $2 million in ESPLOST funds for renovations and maintenance at six schools.
By Lauren Hunter 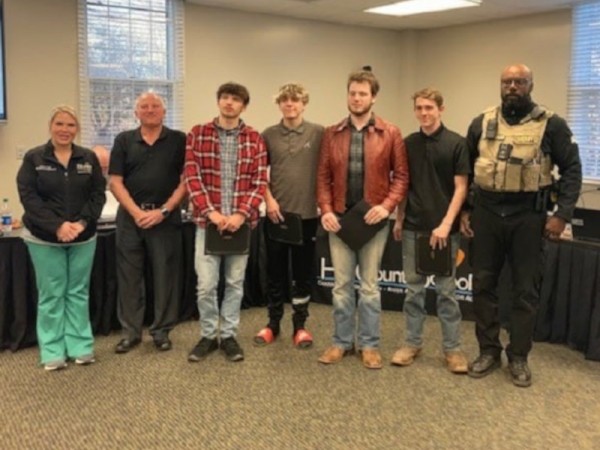 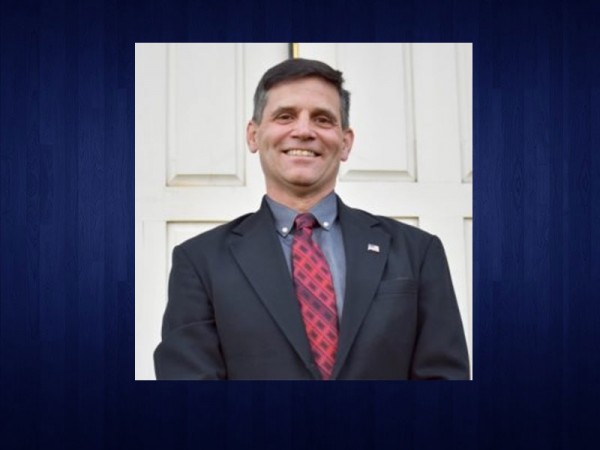 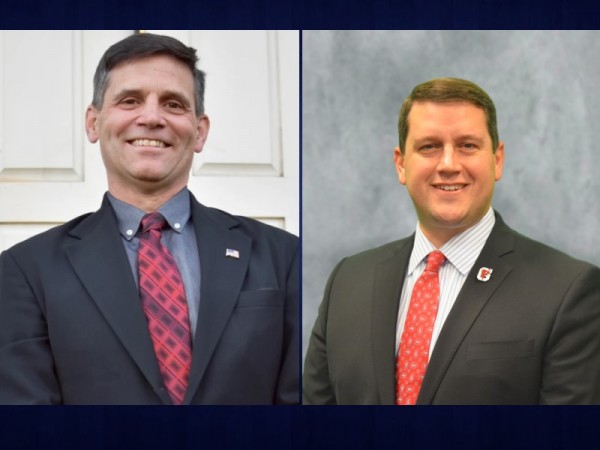 Hall County, Gainesville school leaders discuss education in 2022
After a difficult couple of years caused by the COVID-19 pandemic, the superintendents of Hall County Schools and Gainesville City Schools say there is a lot to look forward to in the new year.
By Austin Eller
Privacy | User Agreement | Contact | Advertise With Us
2022 © Jacobs Media Corporation. All rights reserved. EEO Report. Website by Full Media
Login / My Access
close
Search