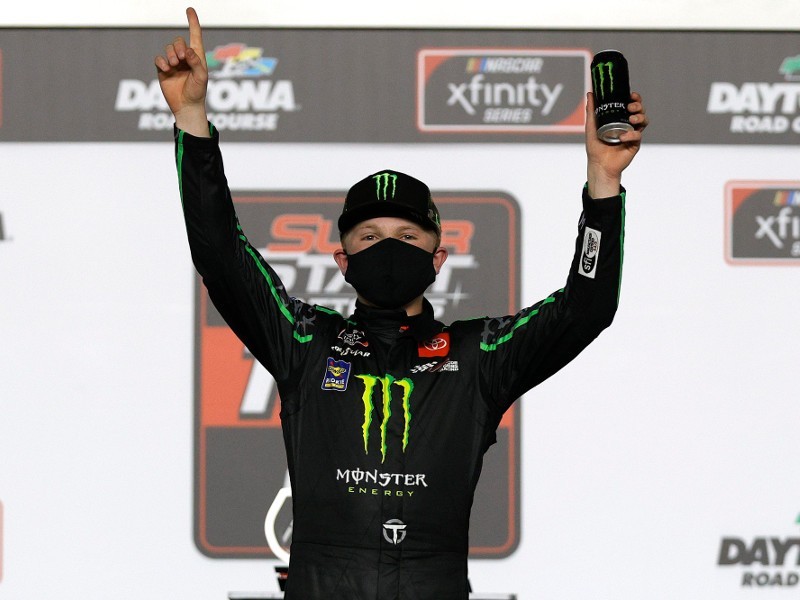 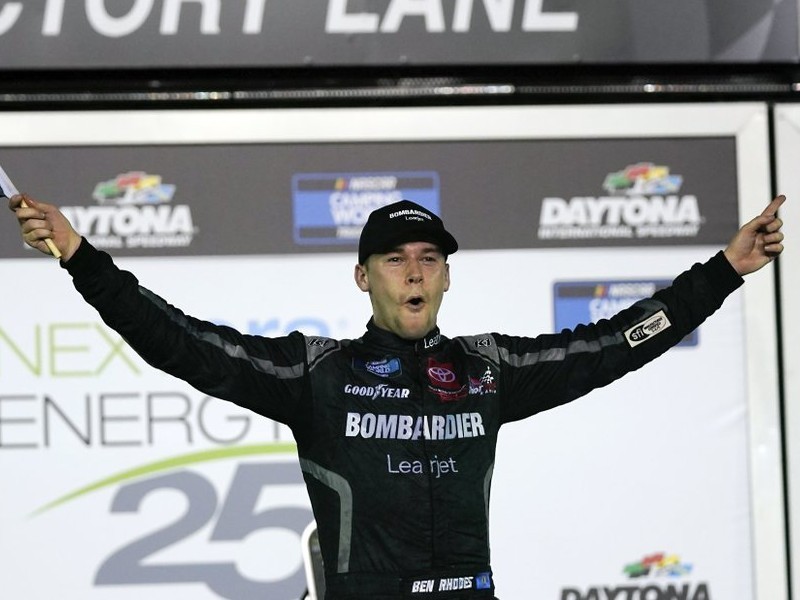 Three days before the NASCAR Xfinity season kicks off with the Beef. It’s What’s for Dinner. 300 at Daytona International Speedway, Joe Gibbs Racing announced what had been widely anticipated — namely that Ty Gibbs will compete full-time in the No. 54 Toyota this year.

Not only will Gibbs be a formidable contender for the Xfinity Series title, he’ll also be a serious threat to win Saturday’s season opener.

Chris Gayle returns as Gibbs’ crew chief. Together they won four times and posted nine top-five finishes in 18 Xfinity starts last year. As an 18-year-old, Gibbs won his debut race in the series on the Daytona International Speedway Road Course.

“I’m excited about the 2022 season, and it’s good to be back with Chris Gayle and most of the 54 guys,” said Gibbs, who also won the ARCA Menards Series championship last season. “We had a lot of success last year part-time, and we hope to build off that…

“I think our Monster Energy Toyota GR Supra will be good. I haven’t run a NASCAR Xfinity race on the Daytona oval, but I know we’ll have good equipment, and we’ll be ready to go.”

The road to the Xfinity title won’t be an easy one. Having switched to Kaulig Racing from JGR, Daniel Hemric is defending the championship last year, hoping to duplicate Tyler Reddick’s 2018-2019 back-to-back titles with two different organizations (JR Motorsports and Richard Childress Racing).

Five-time 2021 winner and Championship 4 contender A.J. Allmendinger returns to Kaulig Racing. Allmendinger finished fifth in last year’s season opener on the 2.5-mile Daytona oval and backed that up with a runner-up result in the August race at the World Center of Racing.

“Our last finish at Daytona was almost perfectly executed at the finish line, and my teammates at Kaulig Racing always do a fantastic job of working together throughout the entire race,” Allmendinger said.

“Daytona is a special place for Matt Kaulig — it’s where Kaulig Racing got its first win, so hopefully we can make him proud this weekend.”

A serendipitous start to the 2021 season at Daytona put ThorSport Racing driver Ben Rhodes in position to claim the title he eventually won at Phoenix Raceway in November.

Rhodes won the season opener at Daytona International Speedway by .036 seconds over Jordan Anderson. He followed that a week later with an unlikely win on the Daytona Road Course, guaranteeing the driver of the No. 99 Tundra a spot in the postseason Playoff.

Those were Rhodes’ only two victories of the season, but he secured his first championship with a third-place result in the Championship 4 race at Phoenix, two spots ahead of title runner-up Zane Smith.

Now Rhodes returns to Daytona with hopes of duplicating his victory in Friday night’s NextEra Energy 250.

“I feel pretty good,” Rhodes said when asked about his prospects for Friday’s race. “Practice will make me feel better. “I have my own mental metric about how I think the truck is going to race aerodynamically and for stability.

“I try to get around people and try certain moves that allow me to get a baseline.”

Rhodes is a proven superspeedway racer, but he’ll have plenty of competition for the Daytona trophy this year. John Hunter Nemechek, the 2021 regular-season champion, is back in the No. 4 Kyle Busch Motorsports Toyota, chasing the title that eluded him last year.

“Starting off the season on the right foot is super important,” Nemechek said. “We were able to have a great run last year. I feel like I’ve really enjoyed speedway racing. I feel like we’ve gotten our trucks better at superspeedway racing as of recent (races), had a shot to win Talladega, and we’re taking that same truck to Daytona. So hopefully it has some speed.”

Another superspeedway stalwart, Matt DiBenedetto, has secured a ride with Rackley W.A.R. in the No. 25 Chevrolet and should be a major player in Friday’s race.

WDUN will carry live MRN Radio coverage of NASCAR SpeedWeeks from the Daytona International Speedway, continuing on Saturday with the NASCAR Xfinity Series Beef. It’s What’s For Dinner 300 beginning at 4:30 pm on 102.9 FM and streaming live on AccessWDUN.  That leads up to Sunday's 64th annual running of the "Great American Race" - the Daytona 500 - for the NASCAR Cup Series, beginning at 1:30 pm on 102.9 FM, AM 550 and streaming live on AccessWDUN.