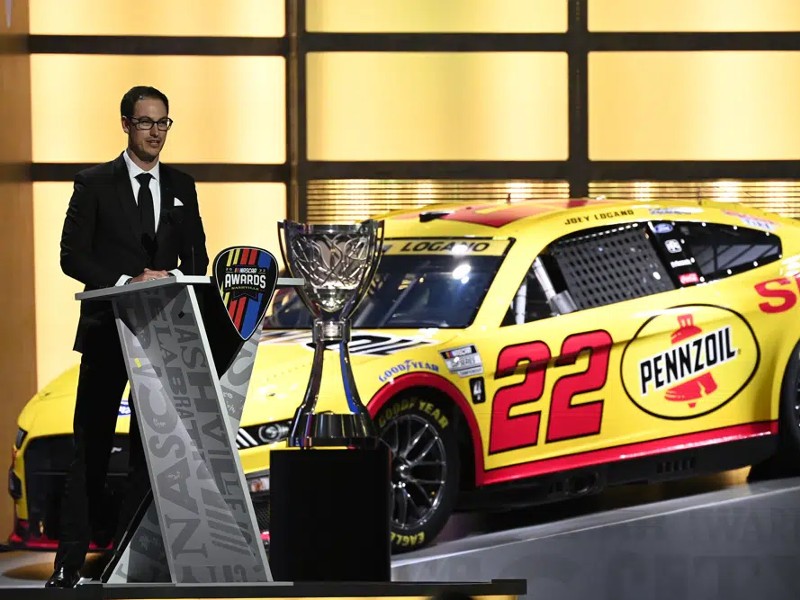 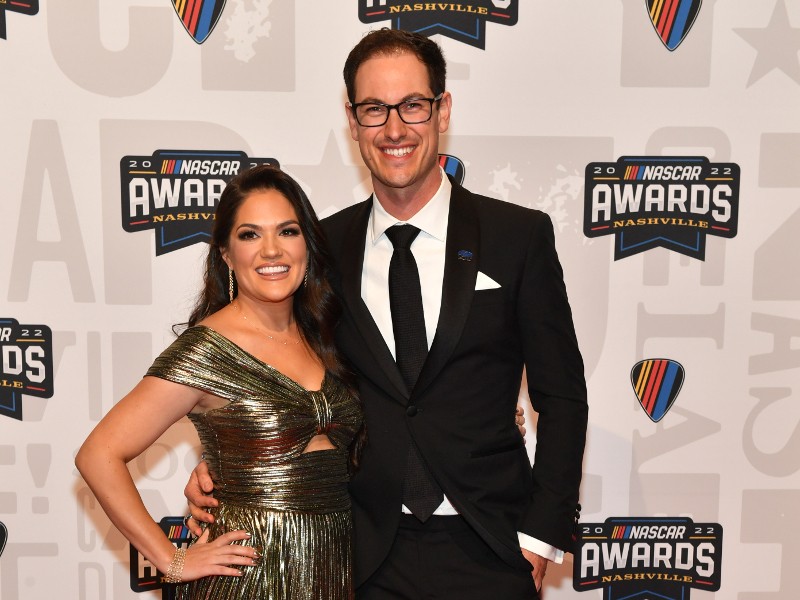 NASHVILLE, Tenn. — It wouldn’t be a stretch to say that deuces were wild on Thursday night at the Music City Center, where NASCAR honored the champions of its top three national series at the annual NASCAR Awards.

Headlining the event was NASCAR Cup Series champion Joey Logano, who drives the No. 22 Ford for Team Penske. The title was Logano’s second, following the championship he won for team owner Roger Penske in 2018.

Logano also made a two-time winner of crew chief Paul Wolfe, who earned his first title a decade earlier while on the pit box for Brad Keselowski.

Logano won two of the 10 Playoff races — the first Round of 8 race at Las Vegas to guarantee a spot in the Championship 4 as well as the race that decided the title, the NASCAR Cup Series Championship Race at Phoenix.

The 2022 champion ended the season with four wins — in addition, his victory on the exhibition Clash at the Coliseum, the competitive debut of NASCAR’s new Next Gen Cup race car.

“22 in ’22,” Logano said, repeating the motto that had driven his race team throughout the season.

Introduced by friend and IndyCar legend Mario Andretti, Logano paid homage to his team owner and his parents.

“Mom, Dad… Letting me chase my dreams means so much,” said Logano.

He congratulated Penske for winning both the Cup Series and IndyCar championships in the same season.

“That’s never happened before, guys,” said Logano, who ended his speech with advice for young drivers.

“Coming from a guy that has made plenty mistakes in front of a lot of people… plenty of them still remind me of my mistakes,” said Logano. “No regrets.

“I challenge you to take risks, make the big moves, stand up for what’s right. Because it’s not about winning or losing, it’s about winning and growing. I hope everyone has a Merry Christmas.”

Penske described Logano as “the leader on the track and off the track. Obviously, we’ve signed him up for five more years.”

Wolfe was just as effusive in his praise.

“Joey — he’s the guy that motivates us all,” said Wolfe, who contrasted his first championship with Keselowski with the current title.

“Ten years ago… that first one was so early in my career I didn’t know any better,” Wolfe said.

Gibbs won the Xfinity Series title at Phoenix, picking up his seventh victory of the season in the process. But hours later, Gibbs’ father, Coy Gibbs died in his sleep at age 49.

When Ty Gibbs took the stage at the Music City Center, he was greeted with a standing ovation.

“Thanks so much for the way you’ve reached out in these last few weeks for our family,” Joe Gibbs said.

“At such a young age (23), one can’t help but feel like we’re watching a future NASCAR superstar writing the beginning of his story,” Kennedy said.

Smith’s parents were in Phoenix to watch the driver of the No. 38 Front Row Motorsports Ford win his fourth race of the season and the accompanying title.

“I’m still not sure if my mom was more excited to see me win or get a picture with Jeff Gordon after the race, since she’s always told me that was her dream,” Smith quipped. “So, I’m happy we were both able to accomplish our dreams that night.”

Ralph Maccarone was honored as the winner of the prestigious Betty Jane France Humanitarian Award. In 2012, Maccarone founded Who We Play For to inspire and empower schools, sports clubs and communities to provide heart screenings for all student athletes and students.

Team owner Justin Marks, who fields cars for Playoff drivers Ross Chastain and Daniel Suarez, was honored with the Myers Brothers Award for outstanding contributions to stock car racing. Marks’ Trackhouse Racing enjoyed a breakout season, with Chastain winning twice and Suarez once — and Chastain leaving an indelible mark on the sport with his eye-popping high-speed trip around the Martinsville wall to earn a spot in the Championship 4.

For the fifth straight year, Dawsonville, Georgia’s Chase Elliott won the NMPA Most Popular Driver Award, the only significant honor in the sport determined sole by vote of the fans. Elliott’s father, Bill Elliott, won the award a record 16 times. Dale Earnhardt, Jr. was voted Most Popular Driver for 15 seasons.

Noah Gragson was the NASCAR Xfinity Series’ Most Popular Driver, and Hailie Deegan earned the honor in the NASCAR Camping World Truck Series.

Jes Ferreira from CSM Production was honored as the winner of the Comcast Community Champion of the Year award for her commitment as the single parent of two adopted children.