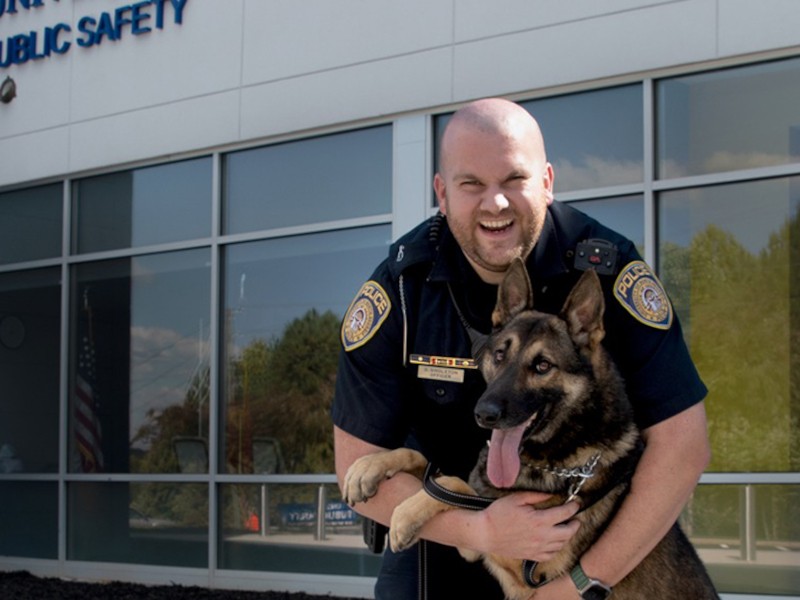 According to a release from UNG, Rex joined the police force in October. Rex's partner, Officer Dustin Singleton, described the K-9 as "sweet, loves everyone and wants to work all the time."

UNG partnered with the Georgia Emergency Management Association to acquire Rex at no cost to the university. He will train with the Hall County Sheriff's Office's K-9 officers. His certification and ongoing certification will not cost UNG anything.

"He works for the university. Student safety is his first priority," Singleton said in a release. "As soon as he's in the patrol car, he knows he's on duty."

Rex will search the UNG Convocation Center before any major events. Rex will also work throughout the state, including at the Mercedes-Benz Stadium in Atlanta doing pre-concert explosive detection.

"We wanted to have a dog that would be friendly around students. That's the top priority," Singleton said. "Also, every commencement we pay for someone to come in and do a bomb search of the Convocation Center. Instead of having to call people, we now have our own team, which makes it easier. We're getting to be the same size as larger units, so we want to make sure we're keeping up."