One woman dead after domestic incident in Buford

Contact Editor
Updated 11-27-2022 at 4:00 p.m.
The Gwinnett County Police Department Homicide Unit is investigating a homicide after a woman was shot and killed Sunday morning in Buford.
According to authorities, a domestic incident between Michael Jason Marin, 44 of Buford, and his wife Desiree Ann Jean Marin, 44 of Buford led to the deadly shooting. Police arrived at the couple's home on 2605 Ivy Stone Trail at 10 a.m. and found both adults suffering from gunshot wounds.
“The evidence gathered thus far indicates that a domestic argument occurred between the couple, resulting in Michael Marin shooting Desiree Marin with a firearm and then turning that firearm on himself and shooting himself,” Gwinnett County Police Cpl. W.D. Wolfe said.
Both of the people were transported to the hospital, but Desiree Marin died at the hospital. Michael Marin has been hospitalized in critical condition.
A school-aged child was also in the home during the shooting, but they were not physically harmed.
Gwinnett County homicide investigators have filed warrants for Michael Marin’s arrest. He is charged with aggravated assault and felony murder, and remains in the hospital in critical condition.
Original story posted 11-27-2022 at 1:35 p.m.

The Gwinnett County Police Department Homicide Unit is investigating a homicide in Buford.

Authorities found one deceased woman and one man with critical injuries on Ivy Stone Trail.

Details are limited at this time, and this story will be updated with more information as it becomes available. 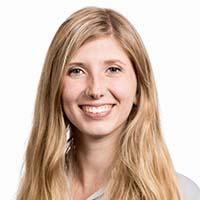 Natalie Sadler Anchor/Reporter
More Articles From Natalie »
© Copyright 2023 AccessWDUN.com
All rights reserved. This material may not be published, broadcast, rewritten, or redistributed without permission.