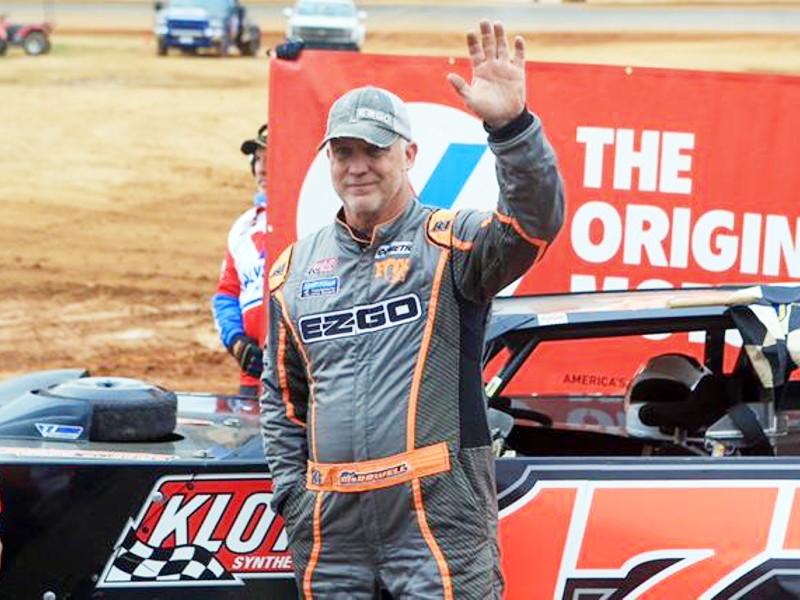 RINGGOLD, Ga - Dale McDowell wrote a page of home state history with a win on Saturday at Boyd’s Speedway in Ringgold, Georgia.

McDowell, of Chickamauga, Georgia, put his name in the record books as the first five-time winner of the Gobbler, scoring a $10,000 payday for the victory at the 3/8-mile clay raceway.

McDowell grabbed the lead at the start of the event from his outside front-row starting spot, with pole sitter Michael Chilton, Mack McCarter, Sam Seawright, and Ray Cook giving chase. McCarter would snag the runner-up spot from Chilton on lap two, while McDowell would immediately open a sizable lead. By lap eight, McDowell held a 2.5 second advantage and would start working lapping slower traffic on lap 10.

The first caution of the race waved for a spin in turn two by Will Roland on lap 12. McDowell controlled the field on the restart, with Chilton reclaiming second from McCarter, followed by Seawright in fourth, and Cory Hedgecock in fifth.

While McDowell again opened his lead back up to 2.5 seconds over McCarter, Hedgecock continued his mid-race charge as he would claim the third position over Chilton on lap 18.

McDowell would begin to work slower traffic once again by lap 22 and would encounter heavy traffic by lap 25, allowing McCarter to close in, while Hedgecock closed on McCarter for second. Hedgecock challenged McCarter for second and would momentarily have the spot, only to see the caution flag wave to negate his pass on lap 31 for the slowed machine of Josh Walker on the backstretch.

The final restart saw McDowell maintain the race lead, with McCarter and Hedgecock resuming their battle for second. McDowell would not be challenged in the waning laps and take the checkered flag by 2.424 seconds over McCarter, while Hedgecock would settle for third. Michael Page and Chilton would complete the top five.