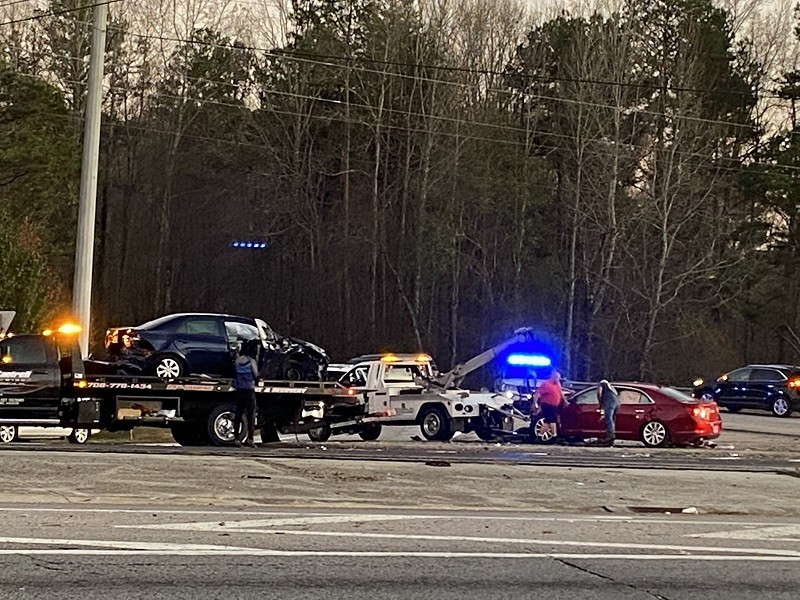 Crews work to clear the wreck from the intersection of Ga. 365 at Ga. 384 in Baldwin.
Rob Moore 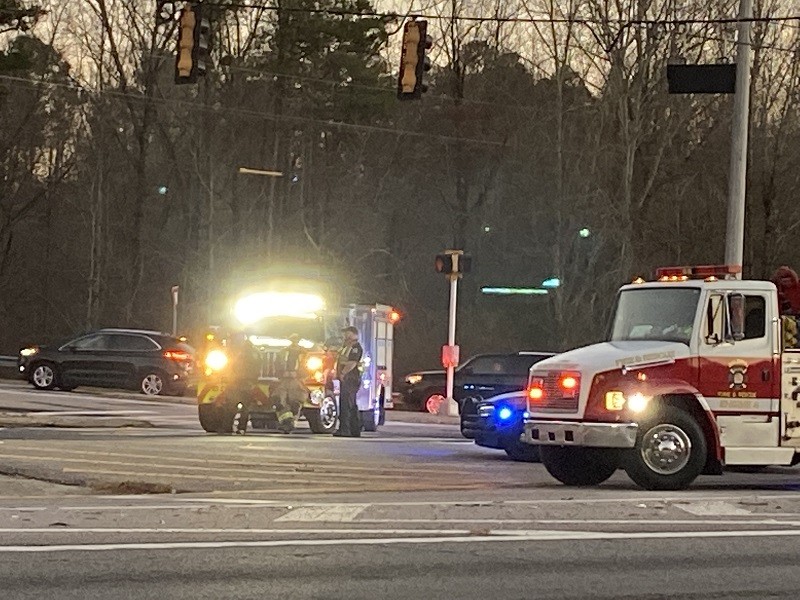 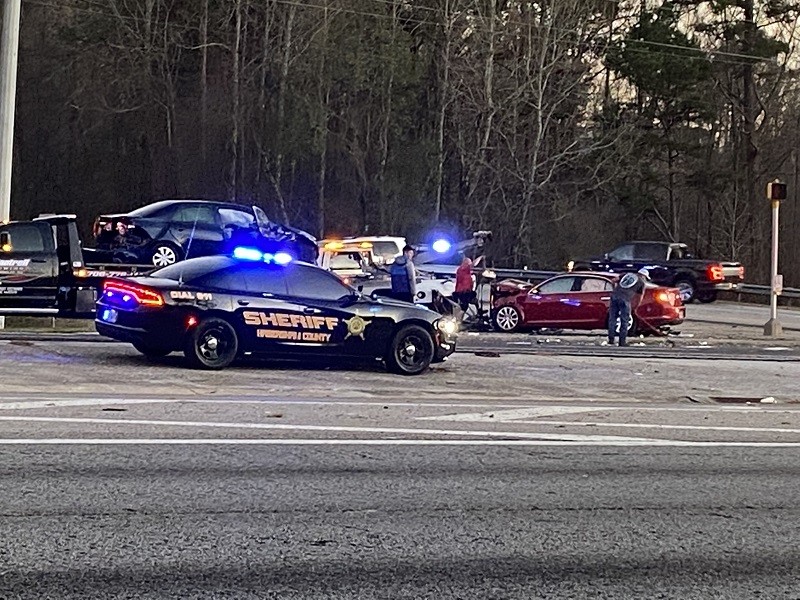 A Louisiana woman has been charged after a wreck that injured four people just before 5 p.m. Sunday on Ga. 365 at Ga. 384 in Baldwin.

Kristina Brubaker, 45, of Gretna, La., was charged with failure to yield while turning left after her 2013 Toyota Corolla attempted to turn left onto Ga. 384 (Duncan Bridge Road) from Ga. 365 southbound, the Georgia State Patrol said.

Preliminary information from GSP is that:

Brubaker’s car was struck by a 2014 Chevrolet Malibu driven by 67-year-old Marguarite Gerrin of Cornelia that was northbound on Ga. 365.

Gerrin’s passengers included 75-year-old James Gerrin of Cornelia and 32-year-old Elizabeth Hibbs of Toccoa who, along with Gerrin, were transported to Northeast Georgia Medical Center for treatment of injuries.

Gerrin’s other passenger, 30-year-old Christopher Hardman of Martin, was not hurt.

Brubaker also was transported to Northeast Georgia Medical Center for treatment of injuries.

The wreck shut down the northbound lanes of Ga. 365 for about an hour.