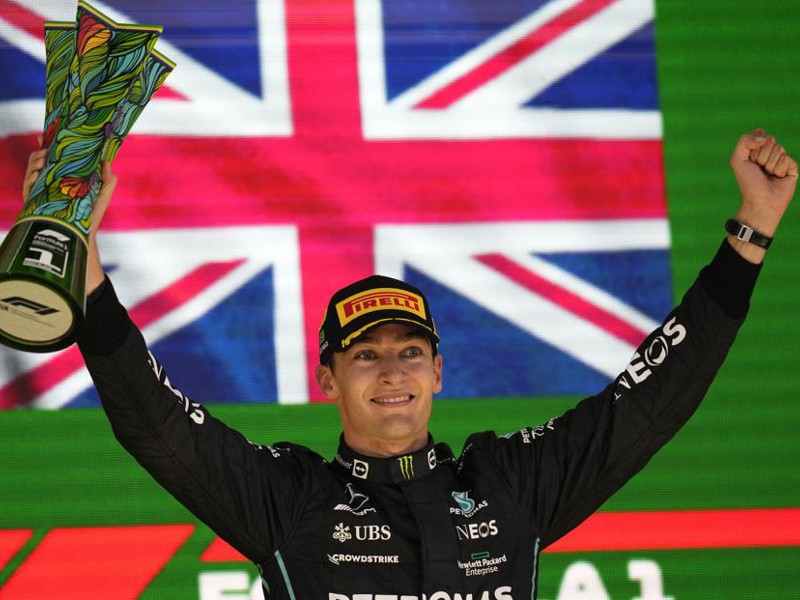 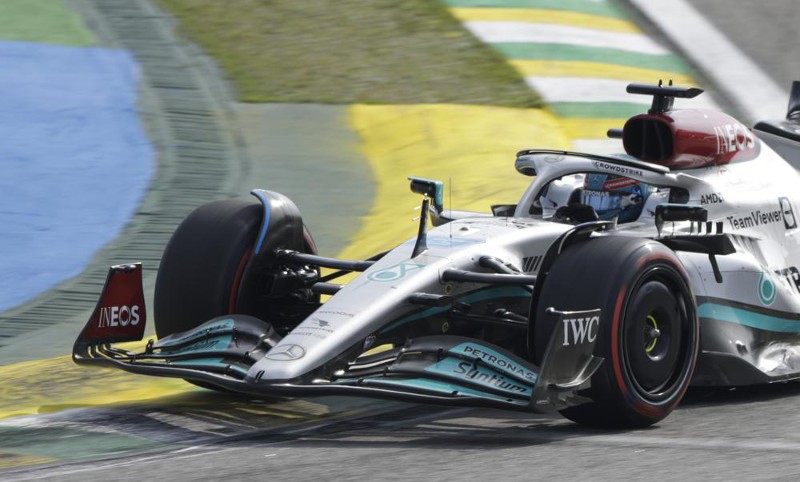 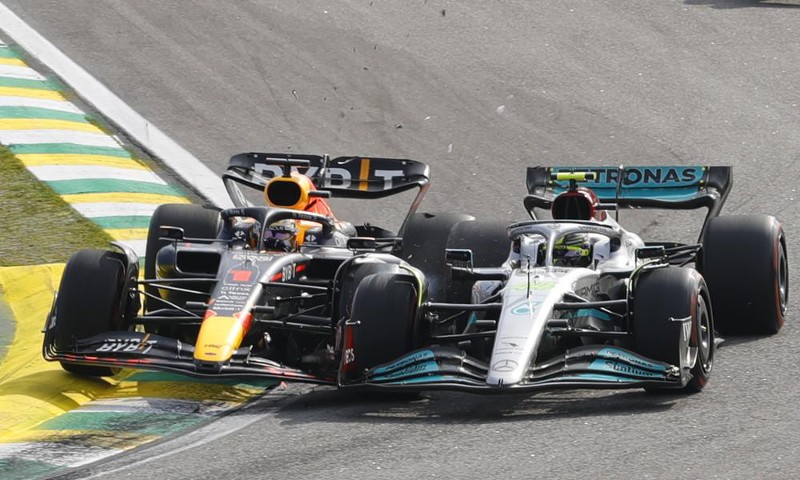 SAO PAULO (AP) — Chased to the end by Mercedes teammate Lewis Hamilton, a tearful George Russell won his first race in Formula One on Sunday by 1 1/2 seconds at the Brazilian Grand Prix.

It was also Mercedes' first GP win of an otherwise disappointing season with Hamilton making it an impressive 1-2 for the team in a statement of intent for next season.

The 24-year-old Russell dominated the race in Sao Paulo from the start, which had him in pole position on the grid. He had seven podium finishes before Sunday's victory.

Russell became the first British driver to hear “God Save the King” played for the race winner after the death of Queen Elizabeth II on Sept. 8 and accession of King Charles III.

“It has been an emotional roller coaster ... Lewis put me under so much pressure,” a still emotional Russell said after a race in which safety cars were used frequently. “This is just the beginning."

Hamilton, who started second, had dropped to eighth after his car made contact with Max Verstappen's Red Bull on the seventh lap. The Dutchman was given a five-second penalty and finished in sixth place.

Hamilton did not want to elaborate on the incident with Verstappen.

“What can I say? You know how it is with Max," Hamilton said after the race.

Verstappen and his Red Bull team have already been crowned F1 champions.

Verstappen and teammate Sergio Perez seemed to be in disagreement at the end of the race. Perez, who is still fighting for second place in the drivers' championship, was sixth when he was overtaken by Verstappen near the end of the race and finished behind him. Team radio shows Verstappen was ordered to allow Perez to finish ahead of him to score more points, but the champion disagreed.

“I told you already. You guys don’t ask that again to me. Are you clear about that? I gave you my reasons and I stand by it,” Verstappen said.

Perez sounded upset on team radio. “It shows who he really is,” he said.

The Brazilian GP was the penultimate race of the season ahead of Abu Dhabi on Nov. 20.