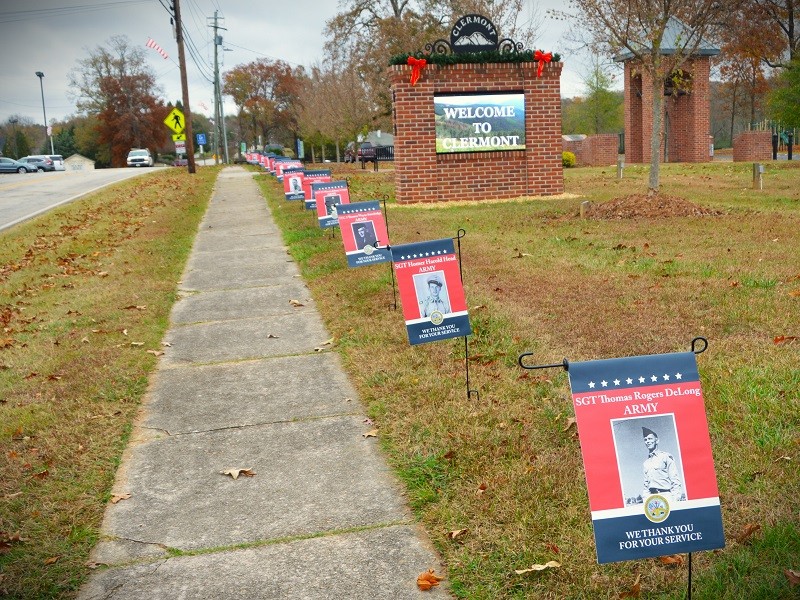 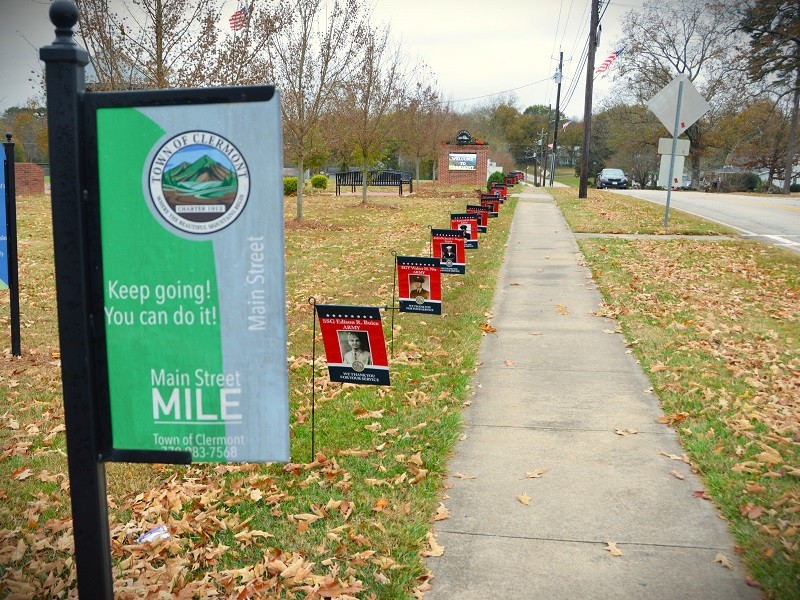 Clermont’s new way of showcasing area veterans has gotten a lot of attention from both residents and those driving through town in the days leading up to Veterans Day.

The nearly three dozen individual banners each bears the name and photograph of a veteran.

Mayor James Nix said he is proud of the effort and looks for it to grow.

“We’ve got them I know back to World War I up there,” Nix said. “We’ve got one from World War 1, and then we’ve got World War II and Vietnam and Korea, and we’ve got two or three that’s still active.”

Nix credits Town Clerk Amy Lomax with finding the banners and developing the idea with the support of officials.

“I know that we had talked about a way to recognize the veterans and I had run across that and thought it would just be a great way for people to come out and sponsor a veteran or an active service member,” Lomax said.

Lomax said veterans honored do not have to live in or be from Clermont, adding families or friends can choose who they want to honor when they sponsor a banner.

Nix said it is a challenge for town leaders to find the funding for a permanent veterans’ memorial, so this is a good first step.

“We’ve been trying to figure out a way to do something to honor the veterans and we never have been able to come up with funds to build some kind of memorial or anything like that,” Nix said.

Nix said due to the high winds and rain, veteran banners likely were being removed Thursday afternoon and may not be back in place until Friday afternoon when weather conditions improve.

Prospective donors can learn how to sponsor a banner honoring a specific veteran by contacting Clermont Town Hall.