Baldwin leaders chipping away at aging fleet with recent purchases 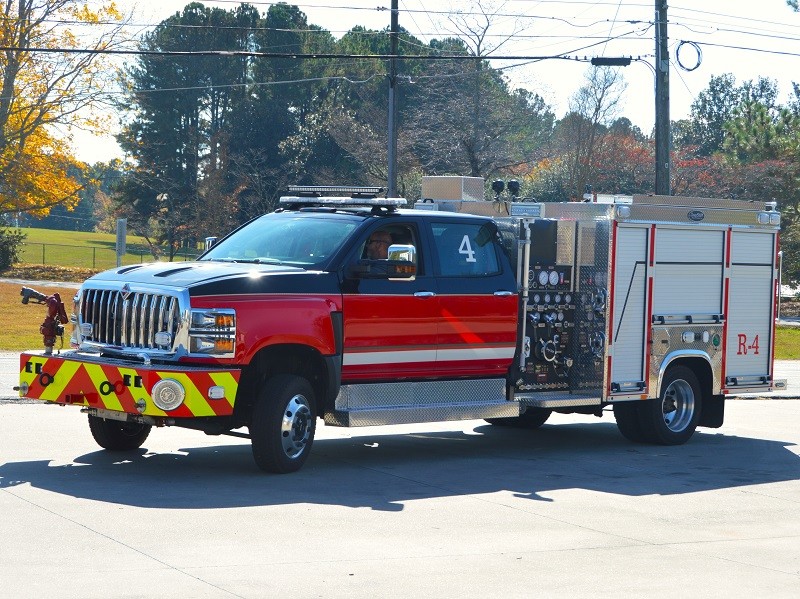 Baldwin Fire Chief Joe Roy pulls in at the fire station Friday afternoon in what next week will be known as Rescue 4, an International four-door truck with a Class A pump and "pump and roll" capabilities.
Rob Moore 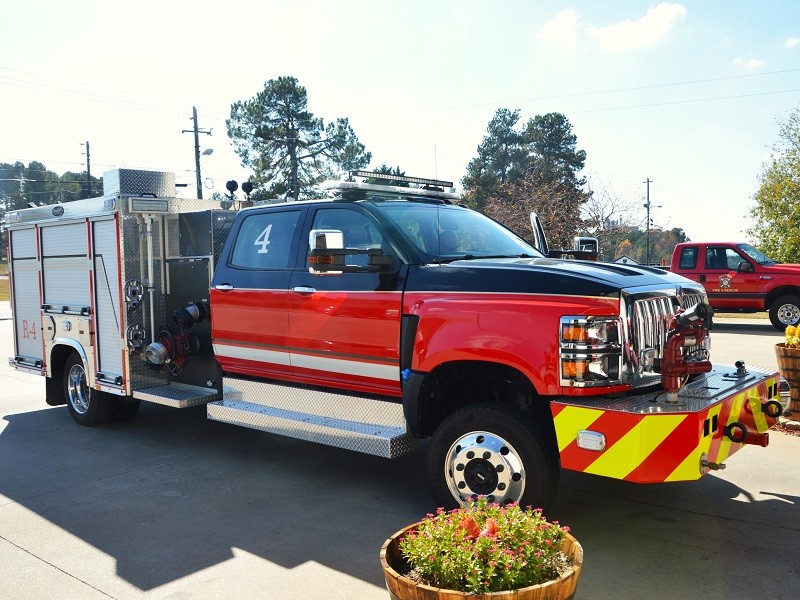 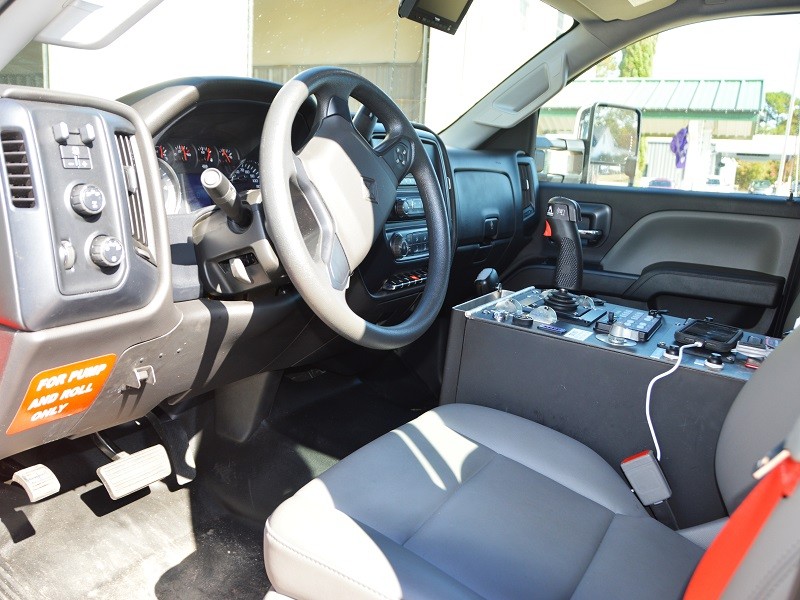 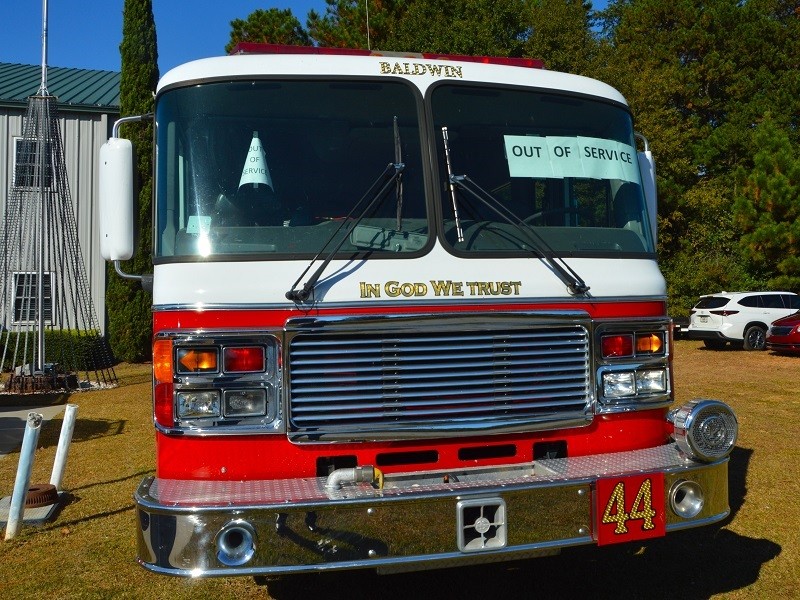 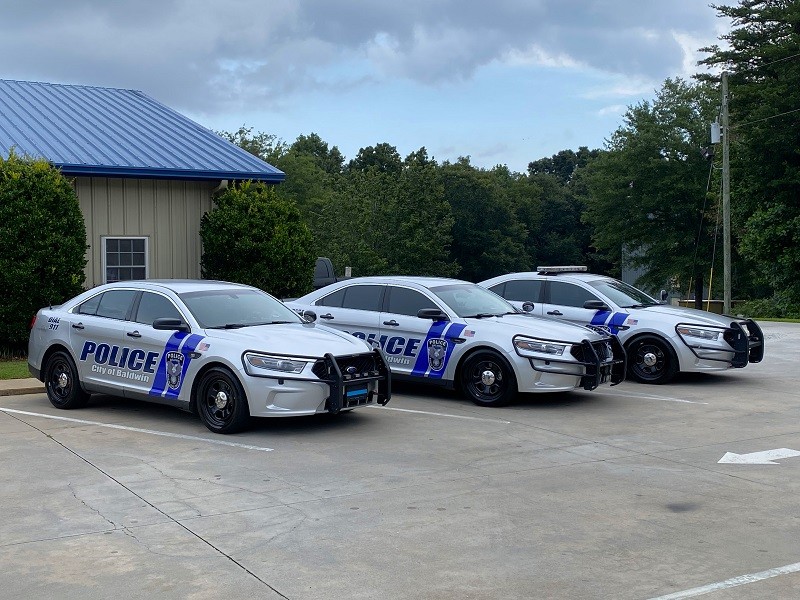 Baldwin Fire Department will have a new truck in service within a week.

The city council voted Wednesday to purchase a quick response vehicle that can be used to respond to medical calls and most routine calls.

The $255,000 International four-door also gives the department a truck to respond to spot fires on the roadside or along the railroad as well, since the truck has “pump and roll” capabilities.

Once the locally made door decals are installed and personnel go through training, equipment will be switched over with the new Rescue 4 placed in service by the end of the week, said Baldwin Fire Chief Joe Roy.

Roy and Assistant Chief Shaun Benfield traveled to Mississippi Thursday to inspect the truck and arrived in Baldwin with it mid-afternoon Friday.

Another advantage to the quick response vehicle that just arrived is it has a Class A pump, meaning it could be used on a house fire if the truck was the closest apparatus.

Roy said while that will not be the truck’s intended use, if personnel are on a medical call and a house fire breaks out across the street, they could conduct a hasty rescue with the QRV until an engine arrives.

The truck also has scene lights and other features that make it an asset to the department’s overall mission, Roy said.

Baldwin leaders this year have found themselves in the position of having to replace aging vehicles and failing equipment all at once to keep city departments functioning.

The prior week, the council approved replacing the police department’s aging and failing fleet, as well as the public works director’s vehicle with new Chevrolet Tahoes when they are available.

Baldwin’s elected leaders like Councilwoman Alice Venter said they now are paying the price for previous administrations being sometimes too frugal with purchases for essential city services and public safety.

“Specifically with our police cruisers, we don't have anything that is newer than 2017,” Venter said. “All of them have over 100,000 miles on them. And as you know, police cars get used up pretty good. So, we're in a predicament now where we're having to spend more on maintenance than what we've budgeted for. We've already blown through most of our budget just in in the first quarter of our budget cycle. So, we really needed to bring in a program where we are cycling through our vehicles and that they're safe, that that they are on the road running and not sitting in the repair shop.”

The department has several aging Ford Taurus patrol vehicles that not only have mechanical issues, but also limit quick entry and exit by officers due to the car’s compact size. Venter says the SUVs make a lot of sense in several ways – especially since the city has spent $8,000 to $10,000 on police vehicle maintenance and repairs since April.

“The type of lease program that we’ve entered in actually builds equity,” Venter said. “So, with the six Tahoes that we approved on the lease program, at the end of the four-year cycle, they will have built enough equity that will almost cover an entire year’s payment. So that made a lot of sense economically. But also the Tahoes are larger, which means it’s less injury on the officers’ bodies getting in and out of a smaller car. This is going to be a little easier on their bodies as well.”

Police Chief Chris Jones told the council acquiring the new Tahoes will allow all the Tauruses to be sold.

Venter said previous administrations replaced one vehicle each year with the type and equipment based on available funds. The new fleet will be standardized.

“Our lease payment per year for all six Tahoes is $104,960 and some change,” Venter said. “So, to us in the council it made a lot of sense as opposed to just buying something outright one little car at a time every year.”

Jones’ current Explorer, the newest in the fleet, also will be kept for the department’s investigations division.

In addition to the six police Tahoes, the city is acquiring a Tahoe for Public Works Director Scott Barnhart, whose current Tahoe just turned 200,000 miles, but that new vehicle will be funded through the enterprise fund.

Barnhart’s current vehicle will rotate down to city administration until it can be replaced.

In addition to the quick response vehicle purchased Wednesday night that is in the fire department’s possession, the city also is in negotiations to purchase a fire truck.

Venter said Roy has worked diligently to find one that will fit the department’s needs now rather than the two years it would take to wait for one to be built – especially since the city has several trucks out of service.

“We’ve been able to limp along but similarly to our police cruisers, they're just aging out,” Venter said. “They're spending more time in the shop. We're spending loads of money on that and it's just time to update them. I think the newest one that we have is 17 years old and so they've got a lot of hours on got a lot of miles are firefighters keep them looking really pretty, but the outside does not reflect what's going on on the inside. And the problem with that is that when you need a fire truck, you need a fire truck and if another agency – and we're thankful to have our automatic aid agreement that we have – but if those agencies are out fighting their own fires in their own communities, we can't just depend on them for that, but they also depend on us.”

The Ferrara fire truck Roy has found is located in the New York area.

“Chief Roy has found they found a fire truck at $695,000,” Venter said. “It's got everything that we need. It has almost no hours on it. It really was a spec truck or a model truck rather – a demo truck is what they're calling it.”

Venter said as the city grows, it is imperative its equipment is up to date, so it can provide the services it has promised to its residents. That’s the urgency for Wednesday’s called meeting to make an offer on the fire engine and to purchase the quick response vehicle.

Mayor Joe Elam said the city council has struggled recently with spending so much money but has realized it is essential to the city’s success.

“It is a lot of money and as a citizen I hate that we have to pay for this stuff, but the truth and the reality is without the appropriate tools and the appropriate equipment our staff cannot perform the duties that are expected of them,” Elam said. “We want them all to be safe and we want them to be able to perform at their highest level this was gratifying a couple of weeks in order to reach this point and for that I'm very thankful.”

Elam said the growth coming to the area, especially along the Ga. 365 corridor, made it imperative that city leaders catch up on updates now rather than later.

“The reality is that we've got that coming into our community and we need to be prepared,” Elam said. “The movements we've made in the last few days catches us up, but we still have [to] keep our eye on it and we have to prepare for even more investment as those growing pains come along.”