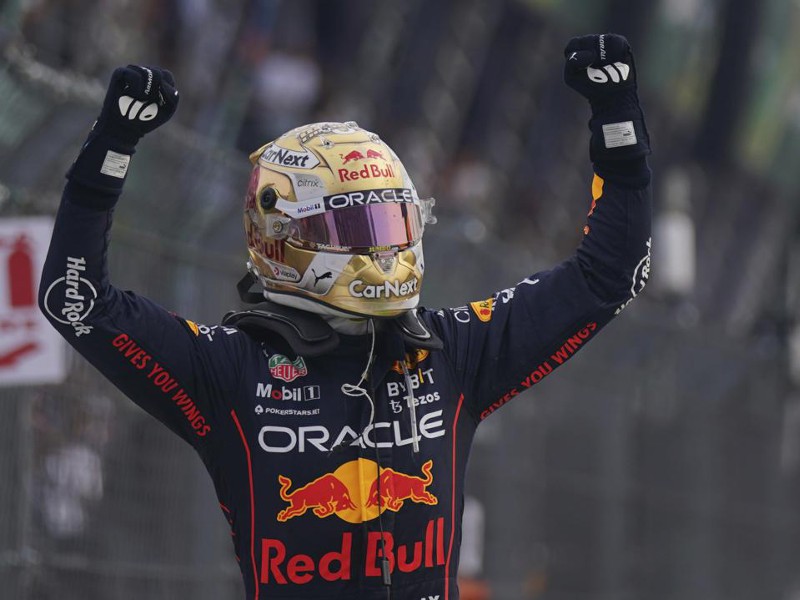 MEXICO CITY (AP) — It quickly became clear this would be the season that Max Verstappen set the record for most wins in a Formula One season.

It was never a question of if the Dutchman would win 14 races.

It was only a question of when.

And now? By how much will Verstappen ultimately shatter the mark he shared with Michael Schumacher and Sebastian Vettel?

Verstappen set the F1 record for wins in a season Sunday at the Mexico City Grand Prix with his 14th victory of the season. It broke the record set by Schumacher in 2004 and tied by Vettel it 2013.

Verstappen only shared the mark with the Germans for all of one week following his victory last Sunday at Circuit of the Americas in Texas. Paired with wins at Miami, Montreal and now Mexico City, Verstappen swept the North American portion of this year’s F1 schedule.

Just another day for Verstappen.

“I was never really interested in stats,” Verstappen said. "I always just live in the moment. I try to do the best I can every single weekend. I try to win races and that is the most important thing. I am not that interested in keeping up with every stat. It is amazing season and we are happy to be winning.”

Red Bull has won nine consecutive races, tying the team record set in 2013. The team has won 16 of 21 F1 races this season with Verstappen and Sergio Perez, winner at Monaco and Singapore.

Lewis Hamilton finished second for the second consecutive week. He might have had a shot at his first win of the season, but Mercedes made the wrong call on a tire change that gave Verstappen control.

“We didn’t choose the right tire strategy in hindsight,” Hamilton said. “Nonetheless, to be this close to Red Bull makes me very proud of my team. We’re getting closer to the front, and we will continue to push. The last couple of races, we’ve taken a big step forward with the car and I hope we will continue like this for the final two.”

Perez finished third on his home track for the second consecutive year — earning deafening cheers even though a Mexican driver has yet to win at the Autodromo Hermanos Rodriguez.

Perez has been mobbed by adoring fans all week in his return. It began with a demonstration run in his hometown of Guadalajara before he arrived at the circuit, where Perez has been swarmed by crowds as soon as he enters the paddock.

He had to use a back route to get to the Red Bull garage each on-track session as drivers and teams complained most of the weekend that the spectators who had purchased paddock access were too aggressive.

But the fans love their native driver and, before the race, Perez took a ride around the track on the back of a convertible Volkswagen. He often held his hand to his heart to show his appreciation to the 120,000-plus fans.

“It's been incredible, honestly,” Perez told the crowd in Spanish after the race. “Thank you for all the support you've given me this weekend. You're incredible, the best fan base. Thank you.”

The three-day weekend sold out in two minutes earlier this year, and the three-day crowd of 395,902 broke the mark set last year of 371,779. F1 also said ahead of the race that it had extended its contract with the race — often voted most popular among fans — through 2025.

The day belonged to Verstappen, who started from the pole and won for the 34th time in his career. He held the lead at the start as Hamilton passed teammate George Russell for second and Perez also made it past Russell.

Hamilton might have raced for the win and was the leader when he pitted and Mercedes chose the harder, more durable tire compound. Verstappen had a softer and faster tire and Hamilton lacked the speed to challenge for the victory.

Hamilton has two more chances to avoid the first winless season of his career.

Pierre Gassly, meanwhile, earned another two penalty points for running Lance Stroll wide off track and the Frenchman is now one penalty point away from a one-race suspension.