Verstappen beats Mercedes for pole, closes in on 14th win 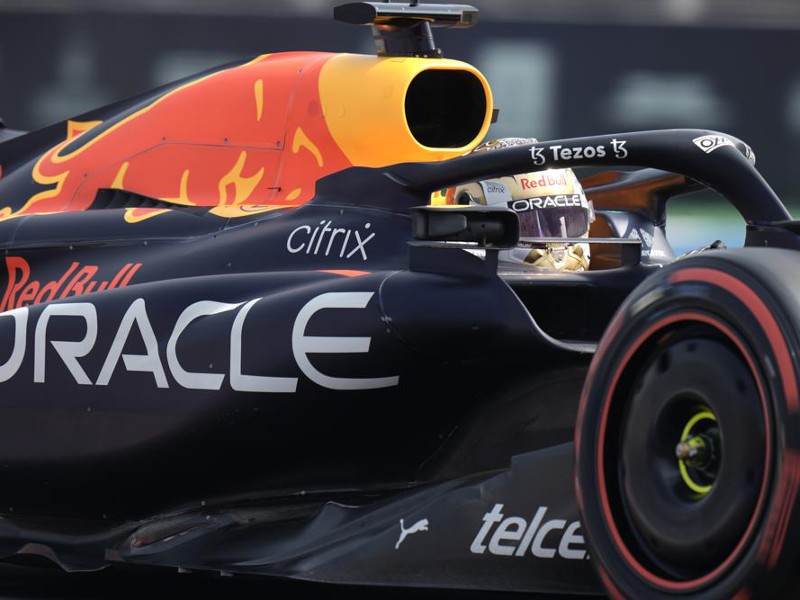 MEXICO CITY (AP) — Max Verstappen inched closer to a record 14th victory of the Formula One season by holding off a pair of Mercedes and Mexican favorite Sergio Perez to win the pole Saturday for the Mexico City Grand Prix.

It was the sixth pole of the season for Verstappen, who clinched his second consecutive F1 title earlier this month. Red Bull wrapped up the constructors title last week.

With three races left in the season, the last remaining drama involves Verstappen trying to snap a tie for the single-season wins record with Michael Schumacher and Sebastian Vettel, Lewis Hamilton looking to avoid the first winless season of his career, and Perez trying to become the first Mexican to win an F1 race at the Autodromo Hermanos Rodriguez.

With a packed crowd chanting “Ole! Ole! Ole! Che-co! Che-co!” every time Perez passed on the track, the roar was deafening as he shot into the top three. But Hamilton, who had his first lap wiped away, still had to complete a qualifying run.

Hamilton qualified third, behind teammate George Russell, as the Mercedes drivers seek their first win of the season. Hamilton, a seven-time champion, has never gone winless since his 2007 F1 debut.

He was second to Verstappen a week ago at Circuit of the Americas in Austin, Texas, where Verstappen raced to his record-tying 13th win of the season. Verstappen has not promised to give Perez any favors to help Perez win in front of his adoring fans, but Perez did himself no favors in qualifying fourth.