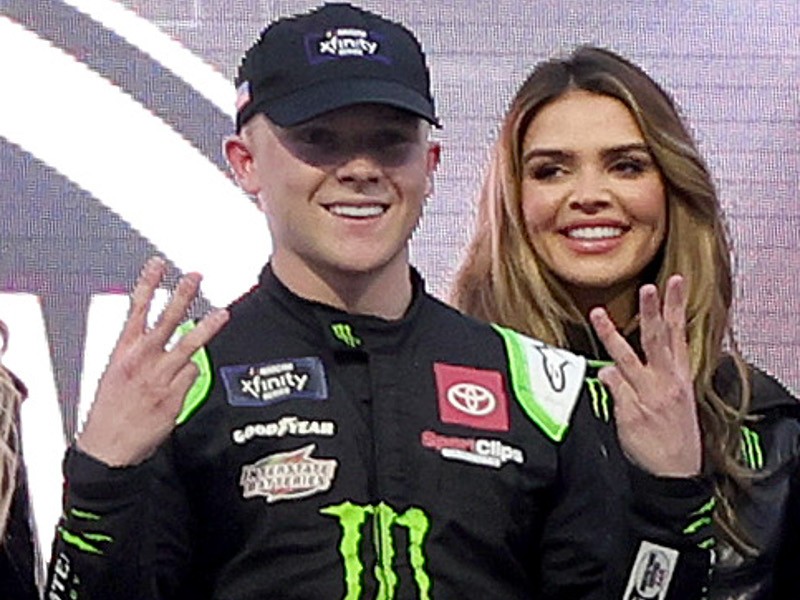 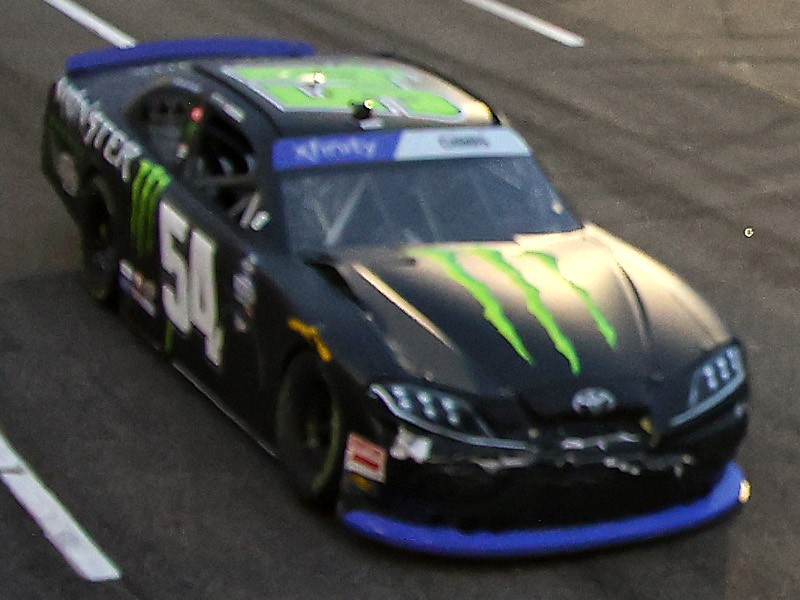 On the final lap of the third attempt at overtime, Gibbs rammed soon-to-be-ex-teammate Brandon Jones so hard the contact buckled the hood of Gibbs No. 54 Toyota.

The contact sent Jones, who had taken the lead on the previous lap, into the outside wall in turns 1 and 2, and Gibbs had the lead when NASCAR called the 14th caution of the race because of the wreck.

By then Gibbs already had clinched one of the two remaining spots in the Championship 4 Round, but the bulldozing move deprived Jones of an opportunity to race for the series title next Saturday at Phoenix Raceway.

As a chorus of boos rained down from the grandstand, Gibbs was unapologetic for that tactic that made him a race winner for the sixth time this season, for the first time at Martinsville and for the 10th time in 50 Xfinity Series starts.

“It was definitely not a clean move, for sure,” Gibbs said. “I definitely didn’t want to wreck him, but I definitely wanted to move him out of the groove so I could go win. I felt like we lost the spring race getting moved by him.

“He’s my teammate, but definitely want to get the win here. It’s important to get the win. And now we’re going to the championships. It’s cool. Hopefully, I don’t get hit by any cans or anything right here.

“We got moved out of the way earlier this year so, it’s part of it.”

Jones, of Atlanta, Georgia, won the pole and led 98 laps to Gibbs 102, but finished 23rd, the last driver on the lead lap.

“I know Ty enough to where I know he doesn’t care about what he did,” said Jones, who will move to JR Motorsports next season. “He’s pretty much, well — he wasn’t ‘pretty much’ — he was locked into the next round. So really, what did that do?

“I don’t really understand the move. I understand trying to get aggressive — you want to win the race. But to just destroy the race car, I don’t see it. I don’t get any satisfaction from it. Maybe he does. Maybe he likes to win that way? But I never have and never felt strong about racing that way. So, we’ll just take it and go for it.”

Jones’ misfortune elevated veteran Justin Allgaier, his soon-to-be-teammate at JR Motorsports, into the final Championship 4 berth. Jones needed a victory to claim the spot, but Allgaier was in a position to advance on points, which he did by 12 points over regular season champion A.J. Allmendinger.

Allgaier finished fifth and Allmendinger 16th after contact between their cars cut Allmendinger’s left rear tire as the drivers played bumper tag and swapped positions during the closing stages of the race. Allgaier was happy to advance but less than thrilled with the way it happened.

“I can’t even describe it,” Allgaier said. “It’s disappointing that it’s gotten to the point where it’s — unfortunately easier to drive through somebody than it is to pass them. Really proud of our team. We never gave up until the checkered flag fell. Had a ton of damage right there (from a collision on lap 262 in the second overtime) but made it to the final round.”

After the race, Allmendinger sought Allgaier out on pit road and congratulated him.

“You get down to the end, (Allmendinger) was pushing pretty hard,” Allgaier said. “He chose to run into us enough times that you get to the point where you have to go for it. He knew when he turned back left that we were going to hit.

Gibbs and Allgaier will race for the series championship at Phoenix against Josh Berry and Noah Gragson, who earned their spots in the Championship 4 with respective victories at Las Vegas and Homestead-Miami in the Round of 8.

Along with Allmendinger and Jones, Hill and Mayer were eliminated from the Playoffs.