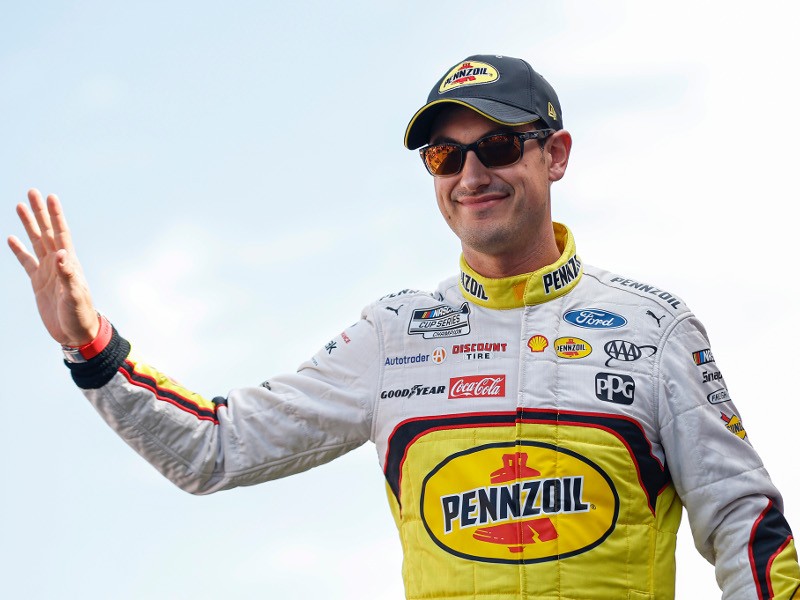 During his 2018 championship season, Joey Logano won the first race in the Round of 8 of the NASCAR Cup Series Playoffs and benefitted from an immediate shift to focus to Homestead-Miami Speedway, then the site of the season finale.

For the third time in five years, Logano has used a victory in the first Round of 8 as a springboard to the Championship 4. This year, he won the opening race of the round at Las Vegas Motor Speedway and will race for a second Cup title at Phoenix Raceway.

“If I look at our best chances to win the championship, they’ve come after winning the first race in the Round of 8,” Logano said. “Winning here in 2018, that gave us a great advantage. We won in Kansas in 2020 and that was a good help, and now once again winning in Vegas. I think those give us our best chance.

“In 2020, I don’t see anything our team did wrong. In a way, that’s kind of extra motivation to seek revenge after that last run at Phoenix when the tires started shaking and we lost the lead with whatever it was – 40-50 to go – and fall back after cycling on the green flag pit stop to the lead.

“Everything was going the way it’s supposed to, ran the 9 (Chase Elliott) down, passed him, the whole nine — and then giving it away like that. That’s hurt for the last couple years for me, and I can’t say I’m over it, so this is the moment of revenge on that.”

Bubba Wallace had his share of self-described “humble pie” after wrecking Kyle Larson in the tri-oval at Texas Motor Speedway.

Wallace served a one-race suspension for the Oct. 16 incident and is ready to return to action in Sunday’s race at Martinsville.

In the interim, Wallace and Larson had a meaningful conversation.

“For the record, I have talked to Larson, and we had a great conversation this week,” Wallace said on Saturday at Martinsville. “I think the best thing for us is we both understood where our frustrations were and moving forward and how we both can handle those situations better.”

The mandatory week off was also a learning experience for the 23XI Racing driver.

“It was tough,” Wallace said. “I tweeted out, ‘humble pie.’… What have I learned? You have to think before you do. In this sport, it’s the heat of the moment type things that get to you. Seeing that and going back and looking at a 10,000-foot view, definitely could have handled everything way different and been in a different spot.

“I put myself in a bad light, I put our team in a bad light, our sponsors – it’s just something that I’m not proud of, but moving on, moving forward and not allowed to make that mistake again.”

There won’t be any more ride sharing for Big Machine Racing in 2023.

On Saturday at Martinsville, team owner Scott Borchetta revealed that Parker Kligerman has been hired as the full-time driver of the No. 48 Big Machine Chevrolet in the NASCAR Xfinity Series for 2023.

Kligerman ran one race in the car this season, starting ninth and finishing sixth at Talladega Superspeedway. While doubling as a TV analyst and pit reporter for NASCAR on NBC, Kligerman also competed in 12 NASCAR Camping World Truck Series events for owner Charlie Henderson, winning the July race at the Mid-Ohio Sports Car Course.

“The mission has always been to be with one driver and build the race team,” said Borchetta, who had a revolving door with 10 different drivers in the car this season and picked up a victory at Texas with Tyler Reddick behind the wheel.

“Parker brings experience and a huge desire to do this, and that was our first conversation – ‘Hey, do you still have the fire to go and run for a championship?’”

Kligerman’s answer was an enthusiastic “Yes.”

The tipping point for Kligerman was the Talladega race.

“This happened so fluidly, so seamlessly — it felt like when we did Talladega it was just so seamless,” Kligerman said. “And the short span from talking to signing was quick. We were all aligned with the same goals, the same thought process…

“For me in my career right now, I’ve told everybody that will listen, in the last two years, I’ve never driven better in my life.”

As his schedule permits, Kligerman also will continue to race the No. 75 truck for Henderson.