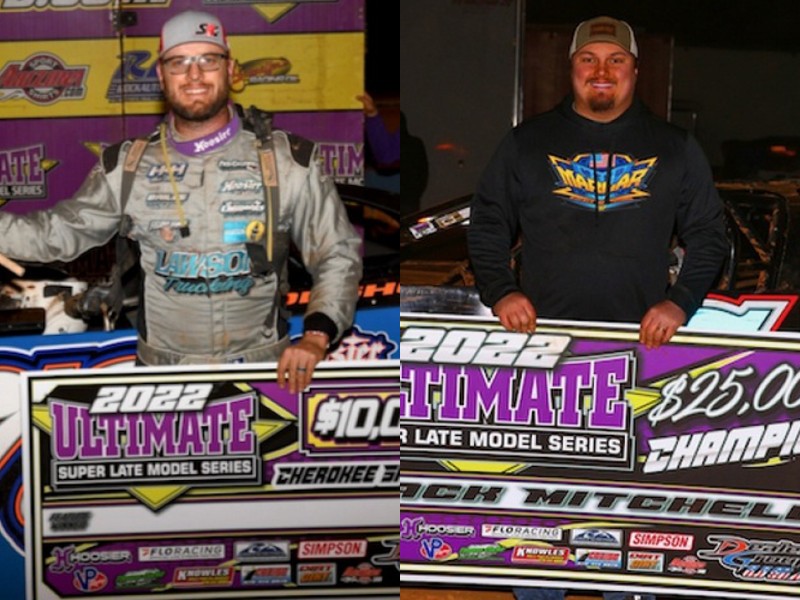 Ross Bailes inherited the victory in the season finale for the Ultimate Super Late Model Series on Saturday night at Cherokee Speedway in Gaffney, South Carolina.

Brandon Overton was flagged the winner of the 50 lap feature, but saw the win go away in post-race tech inspection for a deck height violation.

That moved Bailes to victory lane, giving him a $10,000 payday for his 12th career series win.

Mitchell finished in sixth, good enough to wrap up the 2022 series championship. It marks his fourth career series title, having won previously in 2018, 2019, and 2020.