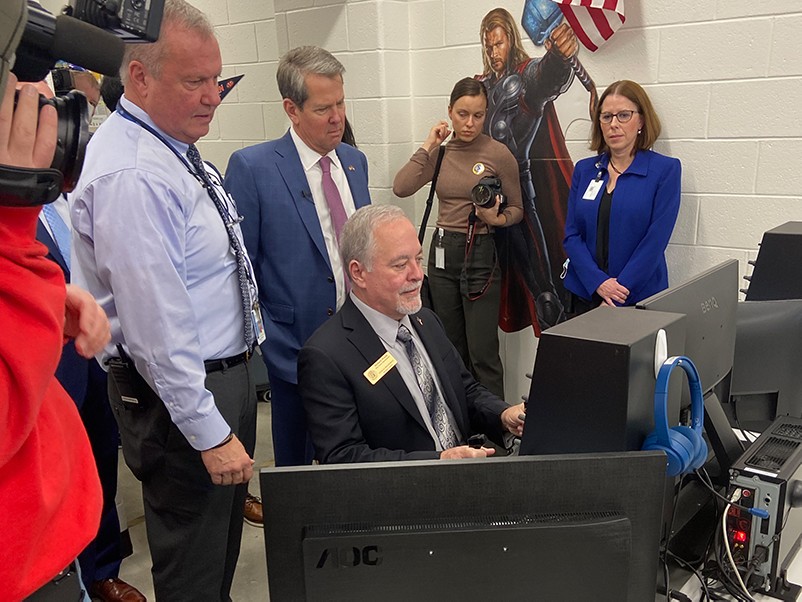 These were all issues covered during an education-focused roundtable discussion Monday morning between Governor Brian Kemp and state and local leadership at Alliance Academy for Innovation.

Each person who spoke, most of them involved with education at the state and local level, thanked Kemp for his continued support. Especially for his proposed state budget, which includes pay raises for teachers and education staff, as well as more funding for K-12 education.

"The governor's budget proposal is historic," said Jeff Bearden, superintendent of Forsyth County Schools. "It's been a challenging two years for teachers all over our state, all over our nation, and they deserve to be compensated."

"It's encouraging to hear that they're excited, they know this money is going to one of our biggest needs in our state: our children," said Kemp.

The funding would also go toward schools like Alliance, which focuses on teaching students in career pathways like healthcare, criminal justice and aerospace and drone technology. Kemp toured the school prior to the roundtable discussion, stopping to speak with students and teachers along the way.

"I thought it was interesting looking at the fields of study here, it's really geared toward where the demand is in our state," said Kemp. "Obviously anything in healthcare, also criminal justice, we need more people in law enforcement."

Unlike many surrounding school districts, school administration chose to open in-person beginning in August 2020. Forsyth County Schools currently serve around 53,000 students, roughly 1,200 of which are enrolled at Alliance.

"We were able to make decisions based on our local data and we decided to keep our schools open, but we gave our parents a choice too: if they wanted their child to learn full-time virtual, we made that happen," said Bearden.

School administration also recently made the decision to remove eight books from school shelves. Bearden said the books were removed as a result of parent complaint and administrative review.

"We had parents notifying us about books that had sexually explicit content and that's where adminstratively we reviewed the books...there were eight books that we determined to not be appropriate for schools, so we removed those books," said Bearden. "Now there are more books that are being challenged, and those books will have to go through that formal process."

Kemp said state and local education leaders would continue to discuss the issue of banned books.

"I'm concerned as a parent on those types of issues, that's something that we're going to be working with the General Assembly on, but we'll have a lot of dialogue," said Kemp.