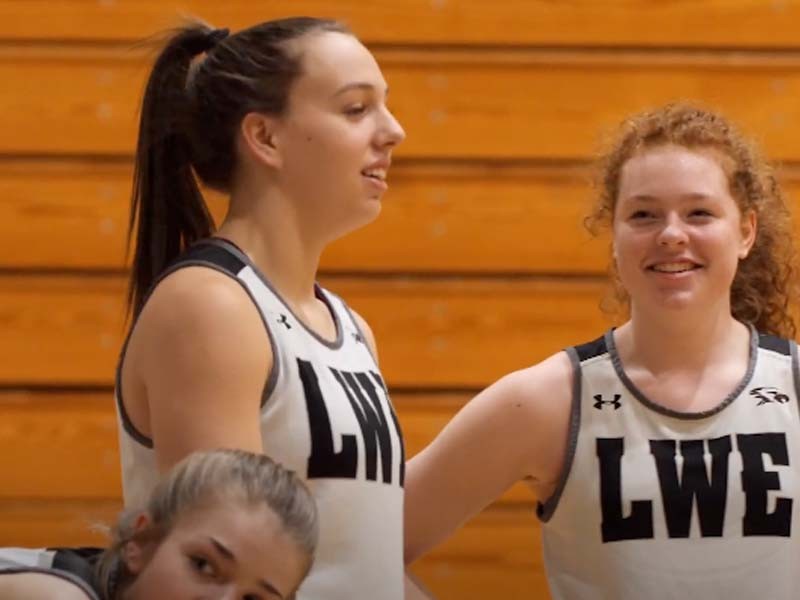 GAINESVILLE — Sophomore guard Riley Black has been dominant over the last two games for the Chestatee girls basketball team.

Her play against then Region 8-4A leader North Oconee (34 points, 10 rebounds) led the Lady War Eagles to the massive upset, 75-63, last week, and, on Tuesday, her second straight double-double performance (25 points, 10 rebounds) in a 46-44 win over Madison County. The two region wins lifted Chestatee into the third spot in the standings.

Black didn't take all the credit for her performance.

"Through the game, it really didn't feel like I had that many points, but it really came from my team as we all work together on the court. We all help and build off each other as we play the game."

Chestatee coach Sutton Shirley said Black has improved a lot since her freshmen season but was also surprised in her performances.

"Both games, I was surprised with both of the numbers," he said. "During the game, it didn't seem like she had that many. But she was doing a great job of pushing the ball, attacking the rim, and getting to the free-throw line in both of those games, and the points just piled up for her.

"Riley has a very good mentality and also has a high basketball IQ. She doesn't play the game like she's a sophomore. She's played a lot of basketball growing up, so I think that's really helped her play beyond her years. "Riley has a huge amount of potential. She's grown up a ton since last year."

To watch the video, press play above.