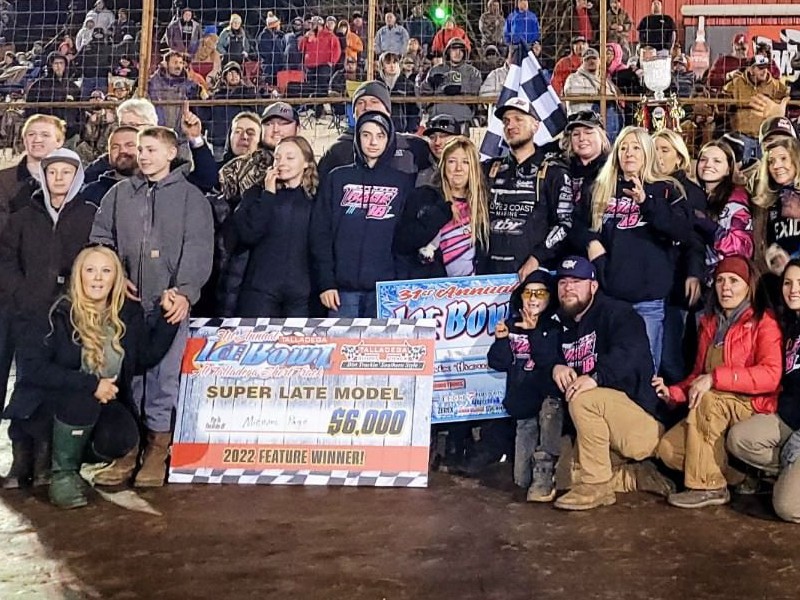 The win was worth a $6,000 payday for the Douglasville, Georgia native, who has topped the prestigious event at the 1/3-mile clay oval every year since 2017.

But the sixth win didn’t come without some challenges.

It took a few attempts to get Saturday’s 50-lap feature underway, with two of them proving near disastrous for Page.

After the first attempt was waved off, contact between Page and Pierce McCarter triggered a multi-car melee in the first turn. McCarter’s car sustained enough damage to sideline him.

On the third restart, contact between Page and pole sitter Austin Horton sent Page spinning, with several other cars caught up as well.

With the field reset, the next attempt saw Page powering to the lead on the outside line, with Horton in pursuit.

Page’s only real competition came in the closing laps, when Christian Hanger closed up to challenge. With five laps remaining, Hanger mounted a charge on the outside line, but Page was able to hold onto the point.

From there, Page went on to record the victory, with Hanger in second, Chase Oliver in third, Dillon Tidmore in fourth and Dallas Cooper in fifth.