Bulldogs fall to Wildcats in Lexington 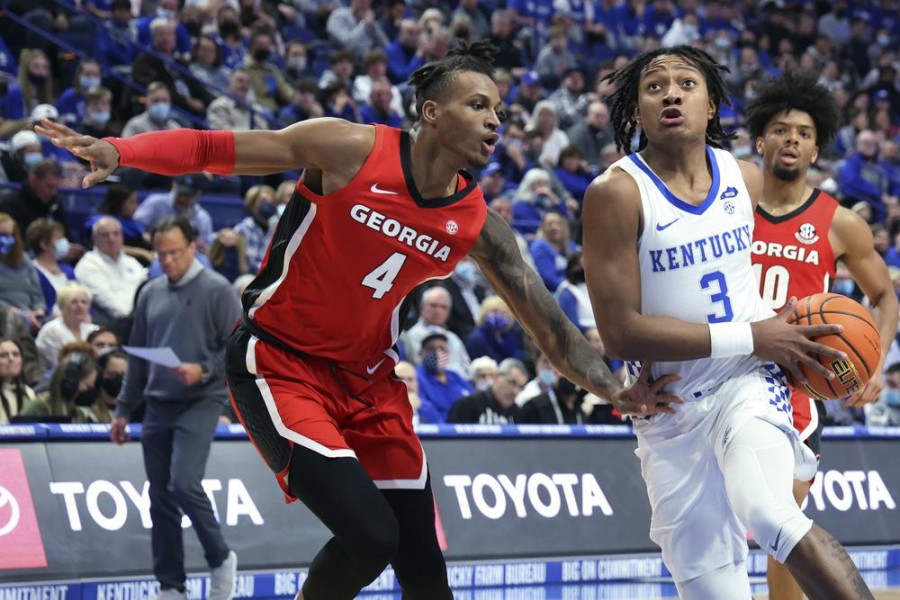 Sophomore Kario Oquendo led Georgia (5-10, 0-2 SEC) with 22 points on 7-for-14 shooting, including 7-of-7 from the charity stripe and seven rebounds. Graduate Aaron Cook tallied 17 points and five assists, including his 400th career assist. Redshirt-senior Noah Baumann pitched in with 14 points and a team-high three 3-pointers. For the evening, the Bulldogs shot 49 percent from the field.

“The first five to eight minutes of the second half are as important as any part of the game,” said Georgia head coach Tom Crean. “When we look at ourselves, it’s always this three or four-minute stretch in the game that gets us. We have to be able to overcome it… We fought extremely hard, stayed tough and diligent. We just had a bad stretch (to start the second half) and they built themselves a little cushion.”

Kentucky (12-3, 2-1 SEC) won the tip, but Georgia came out strong. Cook registered the first seven points for the Bulldogs, giving them a 7-4 lead at the first media timeout. The Georgia lead extended to six before the Wildcats responded with a 7-0 run to take a 13-12 lead. Both squads traded baskets until Kentucky’s Davion Mintz hit a deep 3-pointer to give the Wildcats a three-point lead at the midway mark of the first half. The Kentucky lead extended to five, but Georgia quickly regained the lead after a long ball from sophomore Jabri Abdur-Rahim, and a steal and layup by Oquendo.

The teams continued to battle it out before a nifty reverse layup by Baumann gave the Bulldogs a 33-31 advantage with four minutes remaining in the half. Georgia entered the half down, 40-37. The Bulldogs shot 52 percent from the field in the first half, including 4-for-9 from three-point range and a perfect 7-of-7 from the free-throw line.

To start the second half, the Wildcats quickly extended their lead to seven, but the Bulldogs answered with a 3-pointer by junior Jaxon Etter and floater by Cook to keep within two. Turnovers began to plague the Bulldogs and the Wildcats attacked the basket. With 15:00 remaining the Bulldogs trailed, 54-45. The Kentucky lead grew to 12, but Georgia narrowed the margin to eight thanks to a pair of free throws by Oquendo and a layup by Cook. The Wildcats grew their lead to 21 and never looked back, winning 92-77.

Georgia will remain on the road, traveling to Starkville, Mississippi on Wednesday, Jan. 12 to take on the Mississippi State Bulldogs at 7 p.m. The game will be broadcast live on SEC Network.

Bulldogs fall to Wildcats in Lexington
Despite a strong first-half performance, the Georgia men's basketball team dropped a 92-77 contest to Kentucky Saturday evening before 19,343 spectators at Rupp Arena... 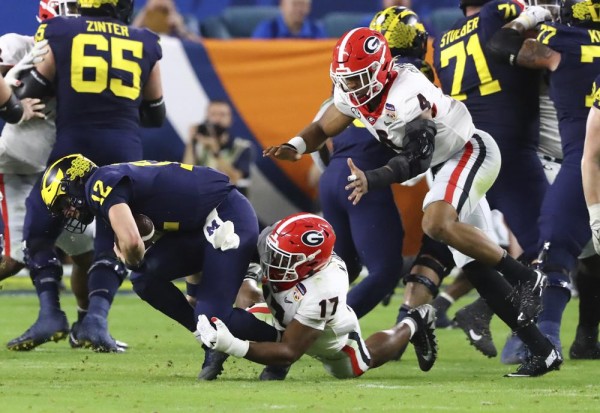 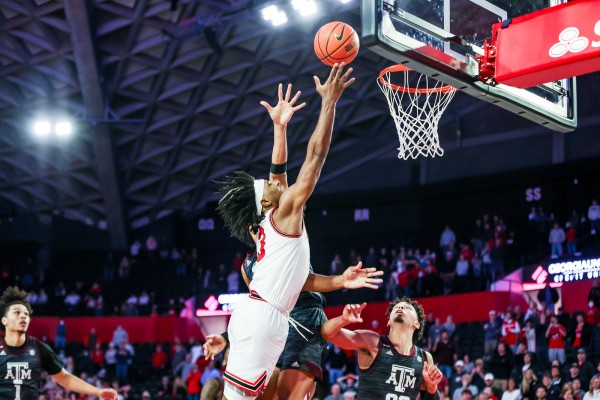 Georgia falls to George Mason at home
Returning to the court following the fall finals break, the University of Georgia men’s basketball team dropped an 80-67 contest to George Mason Saturday evening before 6,432 spectators at Stegeman Coliseum...
By Georgia Sports Communications 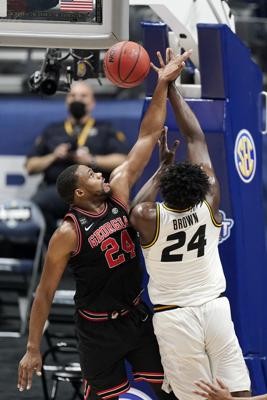 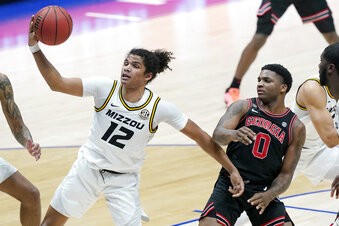 Bulldogs knocked out of SEC tourney in tough loss to Missouri
Dru Smith made two free throws with 15.2 seconds left, and the Missouri Tigers held off Georgia 73-70 Thursday night to advance to the Southeastern Conference Tournament quarterfinals...
By Georgia Sports Communications

Dogs fall to No. 8 Alabama in season-finale
Herbert Jones had two baskets in a 9-0 run to open the second half that gave No. 8 Alabama the lead, and the SEC champion Crimson Tide beat Georgia 89-79 on Saturday...
By Charles Odum AP Sports Writer
Privacy | User Agreement | Contact | Advertise With Us
2022 © Jacobs Media Corporation. All rights reserved. EEO Report. Website by Full Media
Login / My Access
close
Search