Couvillon sworn in as Gainesville mayor 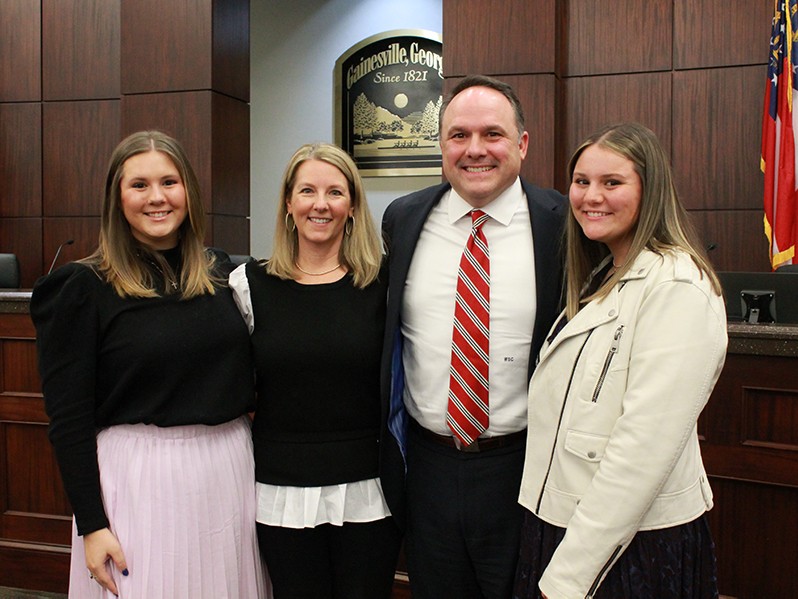 Sam Couvillon was sworn in Tuesday night as mayor of Gainesville during the city council's regular meeting.

Couvillon, who won the mayor election in November, has previously served two terms as the Ward 1 council member. He was joined for his swearing in by his wife, Margie, and two daughters.

"I don't so much feel any different today as mayor as I did a council member," said Couvillon. "I feel like I gave a lot of effort to being a council member, I look to do the same thing as a mayor."

Couvillon expressed his excitement to get started with the job and to work with his fellow council members. He said among his top priorities are finishing up development in downtown Gainesville and dealing with traffic issues.

"I would say first and foremost is trying to get some of this downtown development buttoned up," said Couvillon. "[Then] Always be mindful that while we do bring development into downtown, we are going to have issues like traffic that we're going to need to address from time to time."

Couvillon succeeded longtime Gainesville Mayor Danny Dunagan, who announced in April 2021 that he would not run for another mayoral term. Instead, Dunagan opted to run for Couvillon's Ward 1 seat and won the election in November.

Dunagan and Ward 4 Councilman George Wangemann were also sworn in prior to Tuesday's meeting.