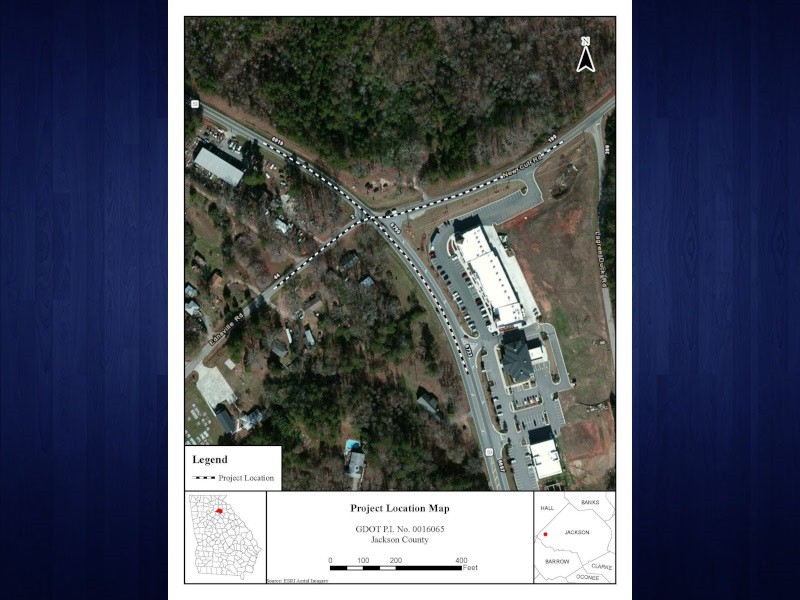 The Georgia Department of Transportation is asking the public for comments regarding a proposed roundabout that would be built at a busy intersection on State Route 53 in Braselton.

According to a press release from GDOT, the oval roundabout would be constructed at the intersection of SR 53, Ednaville Road and New Cut Road.

According to GDOT data, a total of 70 accidents occurred at the intersection from 2014 to 2019. 26 of which were angled collisions, 27 were rear-end collisions and 22 involved injuries.

Citizens are asked to visit the virtual Public Information Open House webpage here and fill out the short survey for comments. The public comment period ends on Oct. 8.