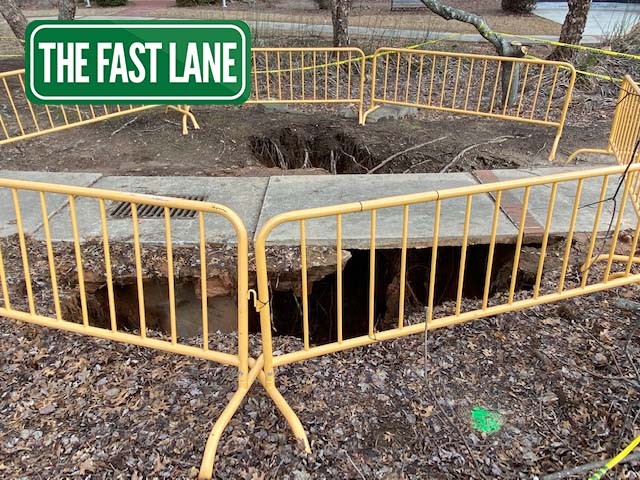 Anytime large amounts of rain move through the area, sinkholes are a threat to the roadways of North Georgia.

Hall County Assistant Public Works Director Bill Nash said they can appear anywhere large amounts of water are settling on or around the road and if they're not spotted and repaired quickly, they will only get worse.

"Once you notice a sinkhole, it's going to continue depressing. Fortunately, the topography of the northern half of Georgia is not susceptible of the horrifying sinkholes you hear about," Nash said.

However, they can still shut down a road for several hours. Even worse, enough water can cause total road washouts. Nash said those are far less common, but they can take up to a month to repair.

"It's usually where the road has been topped because the capacity was just overloaded by the amount of water coming through," Nash said. "You may get a 100-year, 50-year, 25-year rain event that comes through."

Nash said it's important for people to be aware of those risks when large rain events happen. He said the best thing to do if you spot a developing sinkhole or washout is to contact authorities so that they can relay the information to the proper water or public works department to start repairs as soon as possible.

"(Sinkholes) can be anywhere, but most often in our area they're going to be around areas that have utilities," Nash said. "If there's a storm pipe or a sewer pipe or a water line, that is most often a place where you'll see it."

As the remnants of Hurricane Nicholas bring more rain into the area later this week, sinkholes will be a possibility around the region.