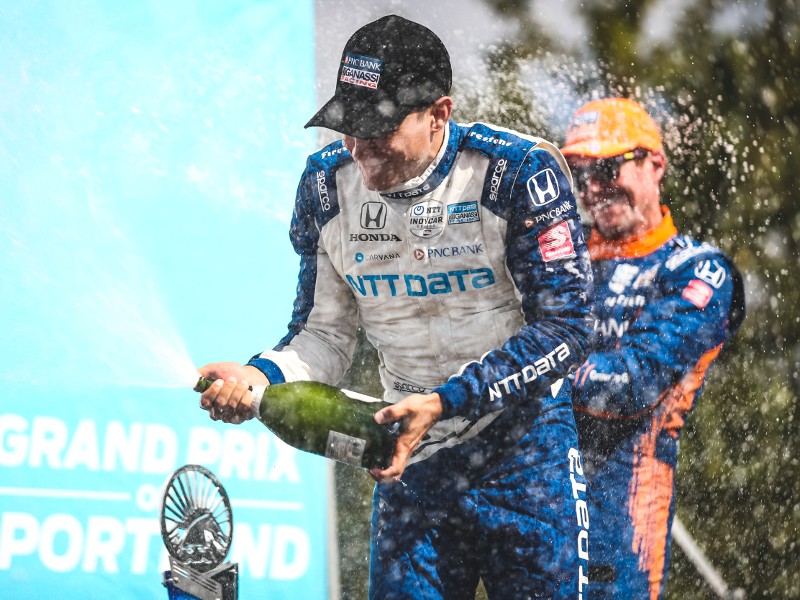 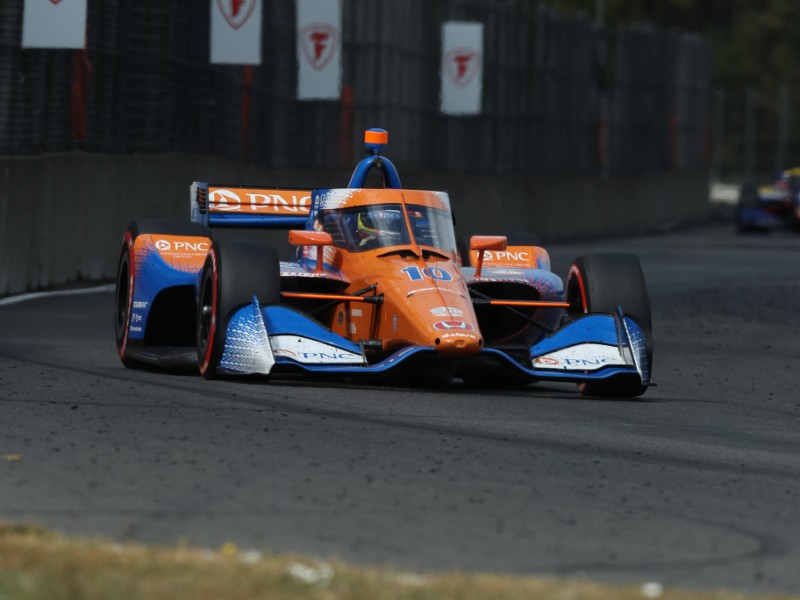 PORTLAND, Ore. - Ten laps into the Grand Prix of Portland, Alex Palou was running in 16th place after starting from the pole, and his NTT IndyCar Series championship hopes were in a heap of trouble.

Fast-forward 100 laps, and Palou earned his series-best third victory this season and has a 25-point lead in the championship standings with just two races remaining.

“We kept our heads down, and we knew the race was really long,” Palou said. “I cannot believe it. We made it (on fuel). The guys made it. They just gave me the numbers, and we just follow it. The strategy was amazing.”

NTT P1 Award winner Palou overcame losing positions from the anticipated snarl in turns 1 through 3 on the opening lap at Portland International Raceway. Ht then used a combination of impeccable driving in the No. 10 PNC and smart pit strategy from Chip Ganassi Racing to beat Alexander Rossi the finish by 1.2895 seconds.

Two-time series champion Newgarden is third in the standings, 34 points behind Palou. Dixon is fourth, 49 points behind the leader, and Marcus Ericsson is fifth, 75 points back. Ericsson finished seventh.

“I don’t care that much about the points at this moment,” Palou said. “I think the race we did today, it’s just amazing. Not me, but the guys, with the strategy, with the pit stops, with everything. With all the bad luck we had, we still won. I’m proud about that. Fried chicken tonight!”

Two races remain in the season, with a maximum of 54 points available at each.

Palou took the lead for good on lap 86 when Ericsson made his final pit stop from the top spot. The Spaniard never was threatened by Rossi down the stretch despite two restarts, inexorably expanding his lead lap by lap on the Firestone primary “black” tires, which have more durability than the Firestone alternate “red” tires that Andretti Autosport fastened to Rossi’s car on his final stop.

“It was a big fight, for sure,” Rossi said. “(Palou) did a good job, he didn’t make any mistakes. The red tires have a peak that’s a little bit better, but they certainly have a bit more fall-off, which is what they’re supposed to do. That’s the beauty of IndyCar racing with the different strategies.”

The march to victory by Palou seemed almost unthinkable after the chaos that unfolded at the start of the race in the tight right-left chicane in turn 1, one of the most fraught flashpoints in the NTT IndyCar Series.

Palou and Dixon both overshot turns 1 and 2 of the three-turn chicane at the end of the front straight after Dixon’s car was nudged from behind by Felix Rosenqvist, who also went wide in turn 1 along with Colton Herta and others.

Neither Palou nor Dixon suffered damage in the melee that triggered the first of four caution periods in the race. But five drivers in the mid-pack and rear of the field – Will Power, Romain Grosjean, Oliver Askew, James Hinchcliffe and Helio Castroneves – all were forced to the pits or paddock for repairs after contact in the fracas. Hinchcliffe was unable to continue.

That caused a massive reshuffle of the order, as O’Ward and Rahal claimed first and second on the restart on lap 11 because they stayed on track and clean in the first-lap incident. Meanwhile, Palou was moved to 16th, Dixon 17th, Rosenqvist 18th, Rossi 19th, Newgarden 21st and Herta 22nd for the restart after IndyCar officials reviewed timing loop data, and those drivers’ long road back toward the front began.

Palou, Dixon, Herta and Rossi were among the drivers who pitted under yellow on lap 9. Those stops triggered a tactical battle of varying fuel and pit strategies for the rest of the race, as teams and drivers decided whether to overcut or undercut rivals with fast pit-in and pit-out laps and perfectly executed stops.

O’Ward stayed out front until he made his first pit stop on lap 29, handing the lead to Graham Rahal. Various pit cycles thrust Ed Jones, Harvey, Dixon and Palou into short stints out front before Rahal took control of the race on lap 44.

Rahal maintained a lead of around 2.5 seconds over O’Ward until rookie Callum Ilott and Dalton Kellett both slowed on track in separate spots on lap 51, triggering the second caution period of the race on lap 52.

While a handful of drivers pitted, Rahal elected to stay out and led until lap 74, when he and second-place Jones pitted to hand the lead to Harvey.

Pit cycles then unfolded over the next 12 laps before Palou, who made his final stop on lap 79, one lap before teammate Dixon, took the lead for good on lap 86.

Palou pulled away from Rossi on restarts on lap 89 and lap 92 after brief caution periods and reached the checkered flag leading 29 laps for the race. Rahal led a race-high 36 laps before finishing 10th.