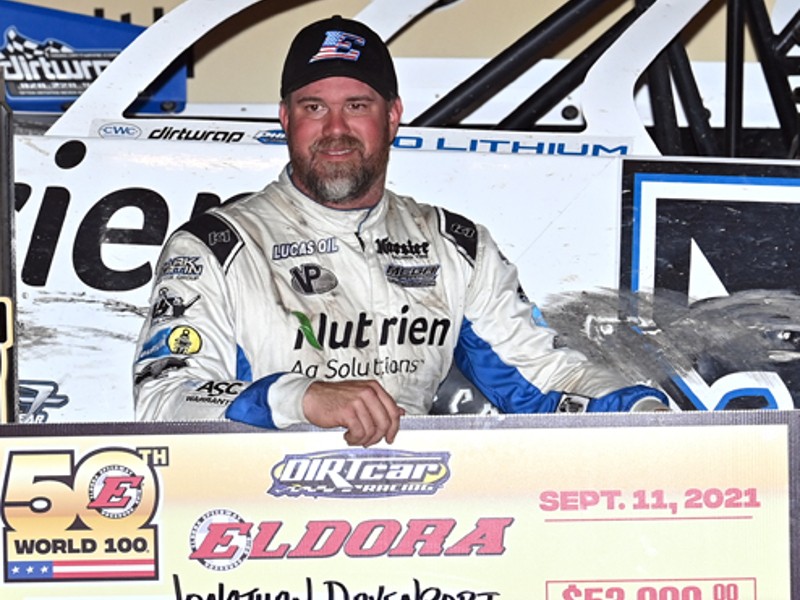 Jonathan Davenport grabbed the lead just past the race’s halfway point and held off a hard charging Mike Marlar to win the 50th World 100 on Saturday night at Eldora Speedway in Rossburg, Ohio.

The win puts the Blairsville, Georgia ace in rare air, as he joins Scott Bloomquist and Donnie Moran as a four-time winner of the famed dirt track race.

Davenport scored a $53,000 payday for his efforts on Saturday night,

After starting in the sixth position, Davenport moved his way forward, cracking into the top five by lap 15. Davenport steadily moved his way through the lead pack, while ahead of him, fellow Georgian Brandon Overton moved to the lead on lap 42.

Davenport made the move to the point on a lap 55 restart, bypassing Overton in turn one. Meanwhile, 26th place starter Marlar had moved through the field. He got all the way to second place, but didn’t have enough to challenge Davenport for the win down the stretch.

Overton came home in third, with Tim McCreadie in fourth and Chris Ferguson in fifth.