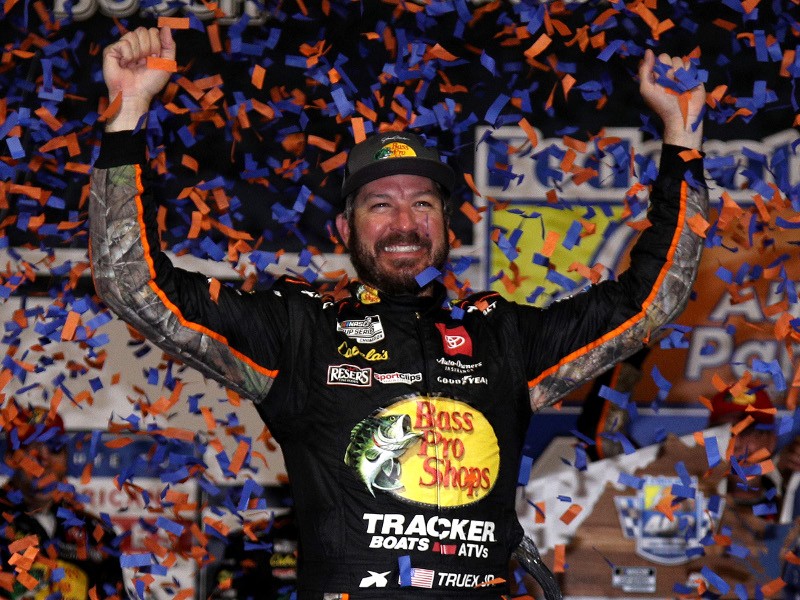 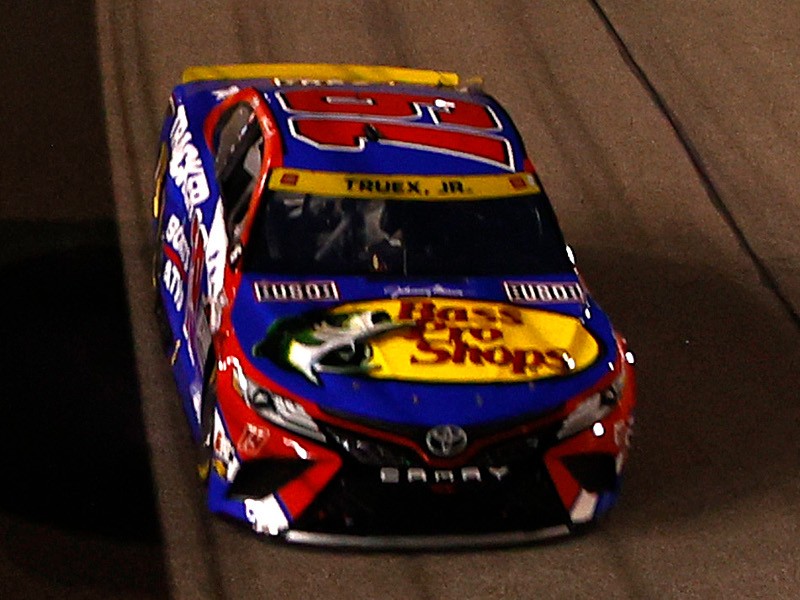 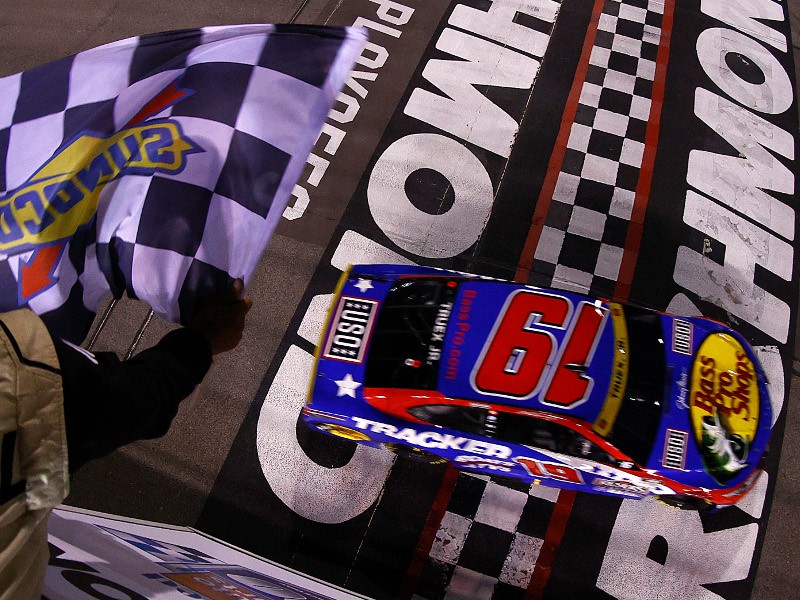 Truex, Jr. used strategy on the final round of green flag pit stops to get the lead with 50 laps to go, and found himself with a buffer after his Joe Gibbs Racing teammate Kyle Busch was hit with a pit road speeding penalty after coming into the pits with the lead.

After getting out front with 50 laps to go, Truex then held off the advances of Hamlin to record his fourth win of the season, the 31st win of his career, and the third of his career at Richmond.

The victory also locks him into the Round of 12 of the Playoffs with the cutoff race coming up next week at Bristol Motor Speedway.

“Yeah, it’s a big day. It’s an important day in our history, said Truex of winning on the 20th anniversary of the September 11th attacks. “I think all of us here – yeah, we’re proud to win, and this car is amazing and there’s so many people to thank, but what a day to win on. It reminds you of the honor and the privilege it is to get to come out here and do this. All these great fans that come out here, we couldn’t do any of these kind of things without the men and women that take care of us and all the first responders, police officers, firefighters, the military, you name it.”

Truex fought his way back into contention after being hit with a penalty for jumping the start of the race on the drop of the initial green flag.

“That was frustrating, I’m not going to lie,” said Truex. “But I knew we’d have a good enough car to overcome it. It felt pretty good the first couple laps. Just one of those things, you’ve got to put it out of your mind and you’ve got to go race, and we knew there was a lot on the line tonight. Very happy to get to do this and go to Bristol without any worries next week is always fun.”

Hamlin was able to close to within 1.417 seconds of Truex, but had to settle for second place in the end.

“Just two more laps. That’s really what I needed,” said Hamlin, who swept both earlier race segments. “We got a little bit off track with our car in the middle of the race, but there in the end, we definitely made the right adjustments and was coming, just a little bit too late.”

Playoff drivers dominated the top five, with Christopher Bell finishing in third for a Joe Gibbs Racing sweep of the top three.

“We knew going into Richmond that this is one of our better racetracks, so we needed to capitalize on that and get all the points we could,” said Bell. “Really proud of everyone on this DeWalt Camry. They worked hard. The start of the race was a little bit disappointing to give up stage points in Stage 1, but we did good. We got some points there in Stage 2 and got a good finish out of it.”

Dawsonville, Georgia’s Chase Elliott battled back from a pit road miscue that saw his car falling off the jack when he attempted to back up to finish in fourth.

“I thought I was long in the box and backed up out of a precautionary measure, but yeah, I hate that,” said Elliott. “I know that Kyle (Busch) and Martin (Truex, Jr.) were really fast there at the end. I’m not sure if we would have had anything for them, but I sure would have liked to have found out.”

Kyle Larson wasn’t a contender for the victory, but his sixth place finish locks him into the Round of 12 of the Playoffs a week early.

“Yeah, it’s a lot better than we were here at Richmond earlier in the year,” said Larson. “At the beginning of the race, I thought I was going to have a really good shot to win, but we kind of lost the balance there and got it back a little bit there at the end. So, we probably finished where we deserved.”

Ross Chastain was the only non-Playoff driver in the top 10 with a seventh place finish, while Playoff drivers Kevin Harvick, Kyle Busch and Ryan Blaney rounded out the top 10.

Other Playoff contenders had their own woes. Alex Bowman battled handling issues to finish 12th, as did Brad Keselowski, who came home in 13th, followed by Aric Almirola in 14th. Tyler Reddick was never a factor in the race, and finished 15th, while William Byron came across the line in 19th.

The two Playoff drivers who lost the most were Michael McDowell and Kurt Busch. McDowell was hit with a total of three pit road speeding penalties, relegating him to a 28th place finish. Kurt Busch was running in the top five when a cut tire on lap 41 sent his Chevrolet hard into the outside wall in turn one. He would be credited with a 37th place finish, dead last on the field.

“Something happened with that left rear. It let go,” said Busch. “It let go of our points and it let go of our whole season right now. I don’t know what we’re going to have to do at Bristol other than win.”

Kurt Busch and Bowman are tied for the final transfer sport, while Reddick, Byron, and McDowell now find themselves below the cutoff line going to the cutoff race next Saturday night at Bristol.