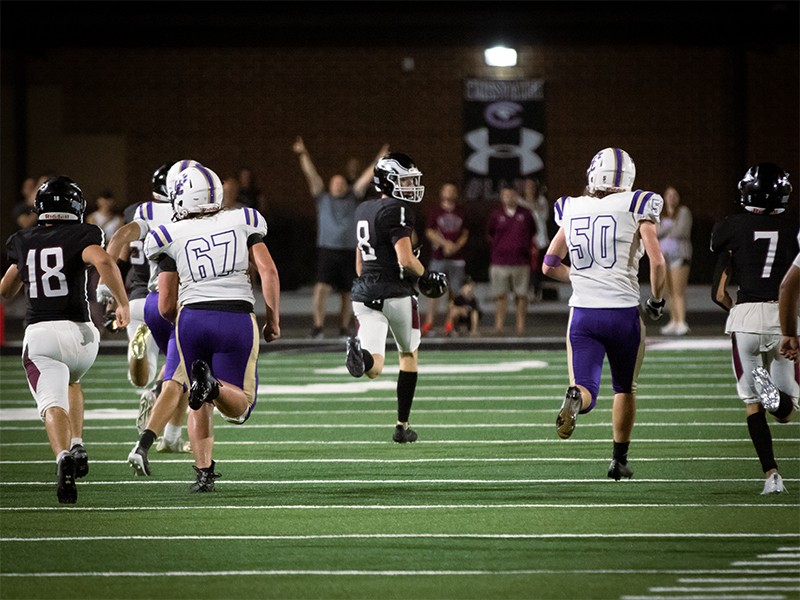 Union County got two TD passes from Logan Helcher, the first on an 11-yard pass to Keyton Chitwood, and then a 29-yard TD pass to Cayleb Rogers to cut the lead to 20-14 by halftime.

The Panthers (0-2) took a 21-20 advantage on a 59-yard TD pass from Helcher to Chitwood midway through the third quarter.

Chestatee exploded in the fourth quarter getting another 1-yard TD run from Granados to reclaim the lead 28-21 after a 2-point conversion. The Panthers tied it up with 5:30 left on Helcher’s fourth TD pass of the night, a 19-yard strike to Rogers.

"The defense they were giving us, we knew we had to run the ball," Chestatee coach Shaun Conley said. "Our guys upfront played their tails off as well. I’m just super proud of those guys. We had some guys missing tonight, but had guys step up and make some plays."

Chestatee again answered to take the lead, 35-28, on a 10-yard touchdown run by Luke Bornhorst with just 2:24 left. The Panthers appeared ready to answer back again, driving to the War Eagles 25 with 25 seconds left.

But Helcher was picked off by Josh Kermode, who returned it 85 yards for a score to seal the game with just 7 seconds remaining.

Despite the ending, Helcher finished 18-for-30 for 261 yards passing with 4 TDs for Union County. Rogers had 7 catches for 121 yards and Chitwood had 5 catches for 91 yards. But they were held to just 75 yards on the ground.

Granados finished with 186 yards and 3 TDs on 34 carries to lead the War Eagles offense. Bornhorst was 11-of-18 for 131 yards passing.

But a pair of key sequences by the Chestatee defense set the tone in the second half. While up just one, the War Eagles stopped two Union County drives deep into their territory without points being scored.

"Our seniors came together and said this has got to stop. Our kids never gave up. We’re just super proud of them," Conley said.