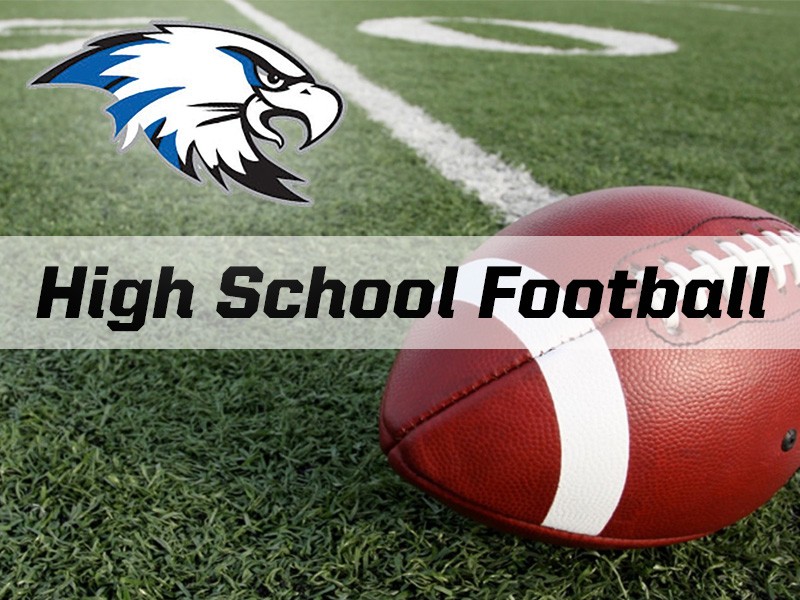 GAINESVILLE — It has been something that was unimaginable to Nick Garrett, not without retirement involved.

“When I was younger, I never thought I would go almost two years as an active coach and not coach a game,” the Riverside Military Academy head football coach admitted this week. “Maybe if I was retired from coaching or something, but never because of something like this. It hurt not to be able to coach on the field on Friday’s.”

When last we saw the Eagles, they were pounding out a 42-0 win over Providence Christian to close out a 5-5, 2019 campaign. Then, in a shocking announcement, the school decided during the 2020 COVID outbreak to cancel the 2020 season. They were the first in the state to do so, with several others, like Decatur, eventually following suit. But then RMA became the only program in the state to officially opt out of the season when all the other schools decided to resume activities after the Georgia High School Association agreed to push things back two weeks and let the season commence.

As it stands, the Eagles still have not played a game since Nov. 8, 2019 -- a span of 672 days -- their longest stretch without a game since not playing the 1916 season during World War I. They were scheduled to take on Notre Dame Academy on Aug. 20 but that game was called due to lightning after the two teams had already warmed up. RMA cancelled last week’s game due to COVID as a precaution to make sure they wouldn’t miss any more games.

Which brings us to this week. The Eagles are set to travel to North DeKalb Stadium in Chamblee to take on Druid Hills on Friday. It goes without saying that Garrett and the Eagles aren’t necessarily believing it until they actually kickoff at 7:30 p.m.

“I try to always be positive so I feel good we’re going to get this one in,” Garrett said. “That opening week I got goosebumps running out with the team to warm up. Then the weather came and we just all went, ‘you’ve got to be kidding.’ But we can’t control the weather so what can you do?

“Then last week we had some guys get sick and we thought it best to just wait another week so as not to make things worse for us or the other team. It’s been frustrating to say the least.”

However, a silver lining of sorts may actually be working in their favor. They always endure a shorter-than-normal summer and fall than every other program in the state since their students do not arrive until one or two weeks before the start of the season. The off-time over the past two weeks has given them a chance to get prepared.

“First, nothing is comparable to playing on Friday’s,” Garrett said. “But we’ve been able to build the team chemistry and work out some kinks of a few things. We tell the kids to make adversity your ally and that’s what we’re trying to do.

“The two extra weeks of being able to get our systems in place and the kids on the same page has been a positive. But again, nothing beats playing on Friday’s. That’s where you learn the most.”

The forecast for Friday in Chamblee is 83-degrees and sunny, no rain. Barring another COVID issue, the Eagles will finally get back on the field. And the Red Devils may be just what the doctor ordered for the Eagles.

Druid Hills (0-2) dropped a 49-0 decision to Redan last week and has been shutout in five straight and eight of its last nine games going back to October of 2019. The Red Devils’ only win since September of 2019 was by forfeit last season.

Riverside will be sporting a virtually brand new team than the one which finished the 2019 season. Stars like Khalid Duke, Adriel Clark and Shad Dabney are now playing on Saturday’s.

The quarterback situation has been a revolving door during the fall with junior Michael Giampapa getting the early nod. Running backs Rodney Robinson (junior) and Justin Hornick (sophomore) are players to watch, as is senior receiver/defensive back Max Vogelbacher, who had two big runs in the Eagles’ scrimmage with East Hall last month.

“Druid Hills has some speed and some athletes,” Garrett said. “It’s our first game and records and history don’t matter. We’re not taking anything for granted.”

And certainly not getting to witness an actual kickoff and snap from his usual spot on the sidelines.

“I tell you what. It’s going to feel great for sure to finally get to coach an actual game. I’ve almost forgotten what that’s like.

RIVERSIDE MILITARY ACADEMY at DRUID HILLS
-- WHEN: 7:30 p.m.
-- WHERE: North DeKalb Stadium, Chamblee
-- RIVERSIDE MILITARY (0-0, 0-0 Region 8-2A): Game with St. Anne-Pacelli was cancelled due to COVID
-- DRUID HILLS (0-2; Region 6-4A, non-region schedule): Lost 49-0 to Redan last week
-- NOTABLE: First-ever meeting between the two programs. ... The Eagles still have not played a game since Nov. 8, 2019, 672 days, their longest stretch without playing since not playing the 1916 season during World War 1. ... RMA, which began playing football in 1908, has one of the most extensive opponent lists in the country. Druid Hills becomes the 205th different school they have faced in their 111 seasons and the 159th different Georgia program in that time. They have played programs from 7 different states and two countries in that span. ... Region 8-2A had a rough beginning going 1-4 through the first two weeks with four games being cancelled as well. ... Consistency has been an issue for the Red Devils, who are under their third coach in three seasons and fourth in five seasons. Traditionally they are one of the losingest programs in the state. They have not won more than 4 games in any season since 1985 and have not made the playoffs since 1956. ... They have been shutout in 5 straight and 8 of their last 9 games going back to October of 2019. ... Their only win since September of 2019 was by forfeit last season. ... RMA is still piecing together its roster but should have most of its projected starters available. ... Sr. ATH Max Vogelbacher, who may play at WR, RB, and QB at times, may be poised for a breakout season for the Eagles.

Softball: East Hall falls, Jefferson wins in 8-4A; Buford wins in 8-6A
East Hall dropped a tough 3-1 decision to North Oconee on Thursday in a key Region 8-4A game on the road...
Updated 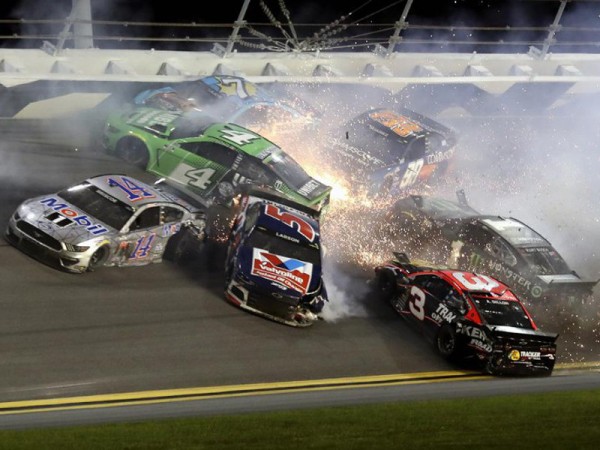 PODCAST: Hard Left Turn - Blaney wins in crash filled Daytona Playoff cutoff
NASCAR has been wanting to inject some excitement into the NASCAR Cup Series Playoff cutoff race for a few years. If crashes and mayhem are your idea of excitement, you may have gotten your wish.

UNG men win a home thriller, women earn draw at Carson-Newman
On a header as the horn sounded, the University of North Georgia men's soccer team got a thrilling 2-1 win over Erskine Thursday night in the home opener at the UNG Soccer Complex at Lynn Cottrell Park...
Sports

Football: Cancellations alter Week 3 radio broadcast schedule
COVID-19 continues to cancel games around the state, and it has hit really close to home this week.

Softball: Bluff rallies for big 7-3A win; Jefferson, East Hall roll to big wins
Talia Ragone drove in Kaitlyn Herren in the bottom of the 10th inning to lift Cherokee Bluff to a key Region 7-3A win over White County on Wednesday at home in a battle for second place...
High School Sports 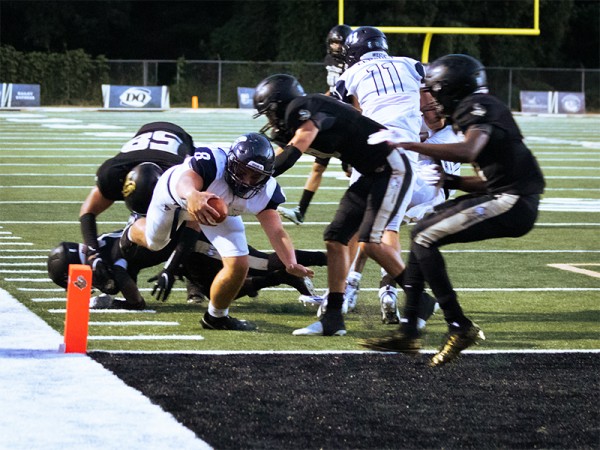 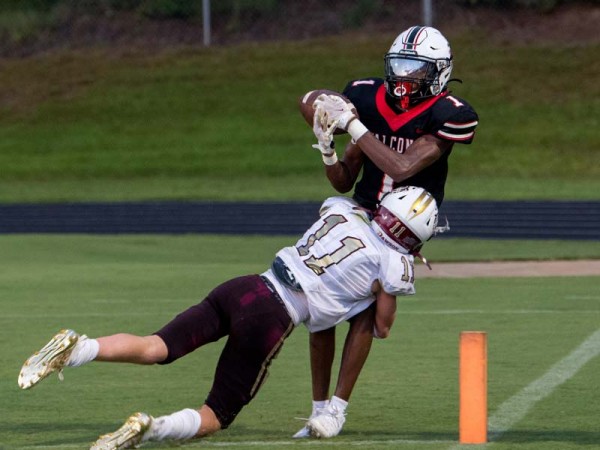 Week 3 previews: COVID causes scheduling changes for NEGa area teams
Week 3 of the Georgia High School Association, at least for Northeast Georgia area teams, is the lightest in the early going as just 13 games are on tap for Friday night...
By Jeff Hart 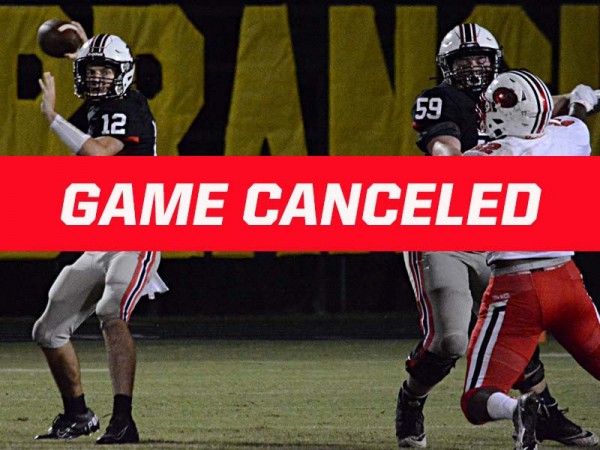