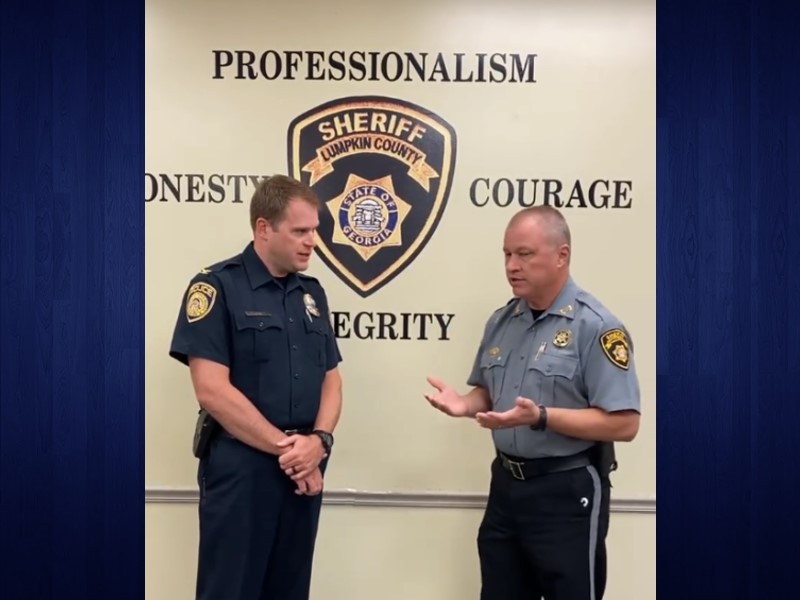 An annual off-campus block party near the University of North Georgia last year caused a stir because the community was worried about the COVID pandemic. This year's event prompted arrests, according to law enforcement in Lumpkin County.

Former UNG students and longtime residents of Dahlonega say the party at University Heights on Roberta Drive has been going on for years, and traditionally it is held the Saturday before the start of fall semester classes.

This year's party happened Saturday, Aug. 21, and Lumpkin County Sheriff Stacy Jarrard said when the celebration got out of hand, the property owner called authorities.

"There was about five [incidents] where people [were] assaulted," Jarrard said. "Also, we had one younger female that had some sexual assault to her that's being investigated."

While there were no arrests reported at the 2020 party, Jarrard said deputies made "two or three" arrests this year. LCSO staff is putting together final arrest numbers. Jarrard also said some vehicles were impounded.

Even though the party took place off-campus and was not an event sanctioned by UNG, Chief Greg Williams, UNG Public Safety Director, said his officers were called to scene.

"We witnessed an event where we couldn't maintain safety at the level we would have liked to," Williams said.

Both men, in a video statement, appealed to parents to talk to their teens about attending large, unauthorized gatherings.

"I would encourage parents to have a conversation with your child or loved one...and let them know that they are putting [themselves] in harm's way," Jarrard said in the video.

He and Williams both said trespassers, underage drinkers and others could be arrested.

"Parents, as we told you when your first brought your child to our university, we are committed to ensuring a safe learning environment," Williams said. "...and that may include holding people accountable for their actions, taking enforcement action when necessary."

Williams and Jarrard said both law enforcement agencies are committed to making changes to their strategies to curb illegal activity that takes place at larger gatherings, such as the one that occurred Saturday at University Heights.

"Our objective is to keep people safe. That's all we want to do is keep them safe," Jarrard said.

Jarrard clarified Monday afternoon that the gathering was not a University of North Georgia sanctioned event, and he said there appeared to be an overwhelming number of attendees that were not affiliated with the university. He also said the person who reported the sexual assault was not a UNG student.