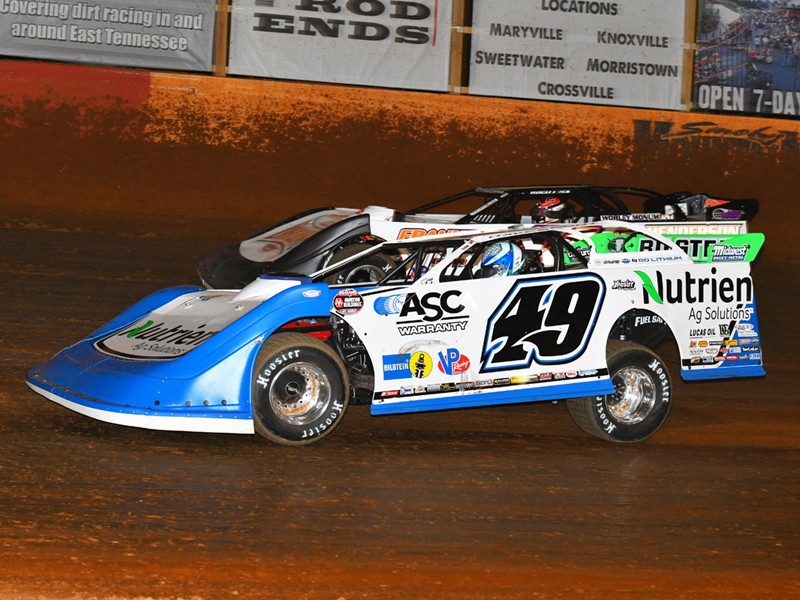 The Blairsville, Georgia speedster held off late-race charges from both Josh Richards and Kyle Bronson to pick up his sixth Lucas Oil Late Model Dirt Series win of 2021.

The race was co-sanctioned with the Lucas Oil MLRA.

Davenport had just passed race leader Jimmy Owens coming of off turn two moments before Owens got into the back of a slowing lapped car when he had nowhere to go. Third place driver, Shane Clanton of Zebulon, Georgia, also had nowhere to go in a chain reaction, and got into Owens. Both Owens and Clanton had to pit due to damage, to return on the tail of the lineup.

“I kind of figured those guys were close to me, this place never did slow down at all,” said Davenport after scoring his 56th career series win. “I was figuring it might get a little black streak or something, but it never did so you had to search around. It was getting a little choppy there past the halfway point, so I had to move around a little bit, from off the bottom. I was a little better through three and four but would come back and hug the bottom off of turn two. I don’t know what happened to Jimmy (Owens) there, he’s had the worst luck in the world this year.”

Davenport closed the gap on points leader Tim McCreadie, who finished 12th in the final rundown after being involved in a lap 42 caution.