Georgia gasoline prices are on the rise.  According to the weekly fuel price report from AAA-The Auto Club Group, Georgia motorists are now paying an average price of $2.97 per gallon for regular unleaded gasoline. Monday’s state average is four cents more than a week ago, seven cents more than last month and 96 cents more than this time last year.

“Peak summer driving season is in full swing as Americans hit the road and gas prices are not backing down,” said Montrae Waiters, spokeswoman for AAA. “Georgians are paying, on average, nearly a dollar more a gallon than last summer to fill up at the pump.”

Since Monday, the national average for a gallon of regular gasoline has increased by 2 cents to $3.16. In its latest weekly report, the Energy Information Administration (EIA) reported that gas demand decreased from an all-time high of 10.04 million barrels a day to 9.28 million barrels a day last week. The decrease, alongside a 1 million barrels increase in total domestic gasoline stocks to 236.5 million, has helped to slow pump price increases. However, with oil prices above $70 per barrel, pump prices will likely remain high (above $3 per gallon) throughout the busy summer driving season.

AAA: Georgia gas prices rise 4 cents in one week
According to the weekly fuel price report from AAA-The Auto Club Group, Georgia motorists are now paying an average price of $2.97 per gallon for regular unleaded gasoline.

With pandemic worsening in US, surgeon general worried
The U.S. surgeon general says he's worried about what lies ahead with cases of COVID-19 increasing in every state, millions still unvaccinated and a highly contagious virus variant spreading rapidly
Local/State News

Rabid raccoon discovered in Clermont
For the second time this month, Hall County Animal Control has reported a confirmed case of rabies in the North Hall area.
Submitted News

AAA: Georgia gas prices rise for the first time in a few weeks
Reversing a trend seen over the past few weeks, Georgia gasoline prices increased at the pump compared to a week ago. Georgia motorists are paying an average price of $2.93 per gallon for regular unleaded gasoline.
By AccessWDUN Staff

AAA: Georgia gas prices continue to recover following Colonial Pipeline issue
Georgia gas prices are slowly declining following increased demand after the halt in service to the Colonial Pipeline. According to the weekly report from AAA-The Auto Club South, Georgia motorists are now paying an average price of $2.93 per gallon for regular unleaded gasoline, which is 3 cents less than a week ago.
By Haley Bartoletta 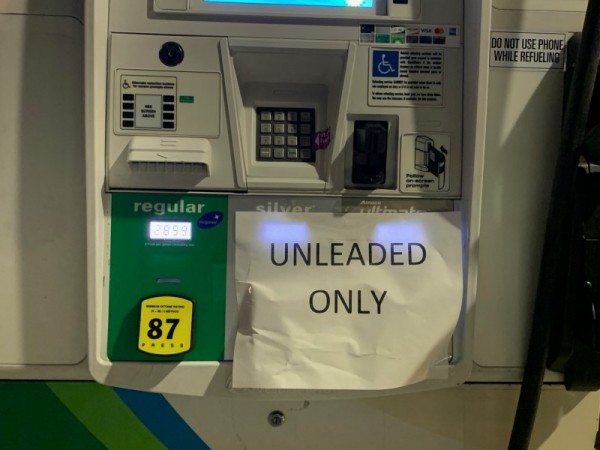