DiBenedetto could be out of Cup options after losing ride 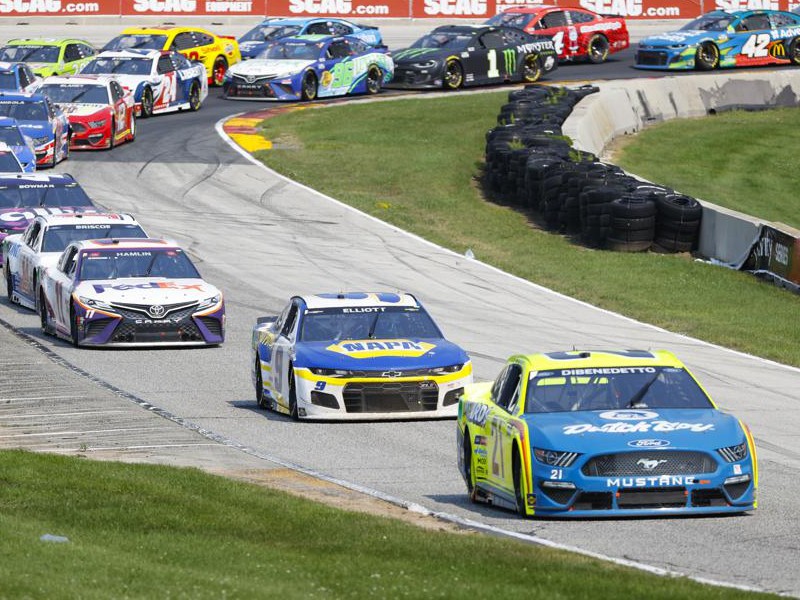 LOUDON, N.H. (AP) — Always a popular driver, Matt DiBenedetto won a fan vote this season that earned him the final spot in NASCAR’s All-Star race. As for the rest of his racing career? Well, wins haven’t come at all.

DiBenedetto became a fan favorite over his seven-year career as the underdog of underfunded teams -- he qualified for his first Daytona 500 in 2016 in an open car -- who just needed top-tier equipment to prove that he could compete with the stars of the sport and even win a race or two. When he got that shot last year with Wood Brothers Racing, steady success instead never came, and DiBenedetto is now without a ride for next season.

DiBenedetto has no idea what’s next. He could not hide the crushing hurt in a nine-minute video he posted on social media where he vented his frustration at losing yet another ride.

Time could be running short.

DiBenedetto had known since October he was losing his ride in the No. 21 Ford at the end of the season, but perhaps false hope of a reprieve grew when Brad Keselowski decided to leave Team Penske for Roush Fenway Racing. Austin Cindric was slotted for the ride at Wood Brothers, which essentially operates as a fourth Penske car, but got the nod instead to replace Keselowski. DiBenedetto’s seat will now go to Xfinity Series driver Harrison Burton.

Wood Brothers co-owner Eddie Wood said he wanted a rookie to team with Cindric as NASCAR ushers in a new car in 2022.

“Those two guys could work together and develop themselves into great race car drivers,” Wood said. “Being rookies, they’re both on the same level and this new car is such a white sheet of paper that even if you’re a veteran, if you’re a 20-year veteran, you’re really not going to have a lot on a rookie.”

DiBenedetto had held out hope that Keselowski’s departure gave him a chance to keep his ride, but in the end the statistics didn’t support his cause. Although he did qualify for the playoffs last year for the first time, he's winless and has just 27 top-10 finishes in 233 career starts.

At the track where the winner gets a lobster, DiBenedetto has an outside chance to claw his way into the playoff picture beginning Sunday at New Hampshire Motor Speedway.

“In our eyes, we’re not done,” Wood said. “There are five races left before the playoffs. We’re gonna try to win a race and get in the playoffs.”

DiBenedetto will hit the free-agent market without a sponsor, and minus the funding necessary to entice a team owner to take him, he could be sitting out the Cup Series in 2022. DiBenedetto said this week he didn’t want to drop down to the second-tier Xfinity Series or drive in the Truck Series.

The No. 21 team made a crew chief change in June with Jonathan Hassler taking over for Greg Erwin, which resulted in modest improvement. DiBenedetto finished 10th and ninth in his last two races.

“Our team is clicking,” DiBenedetto said. “Finally. But guess what? It’s too late. I know it’s going to work out like it’s supposed to, but I’m just expressing my frustration with the way it is."

So where he could go?

There are few options with most seats for 2022 already secured. 23XI Racing has discussed adding a second car and 2004 champion Kurt Busch, last week’s winner at Atlanta, could be in the mix for that spot. Richard Petty Motorsports has yet to pick up the option on Erik Jones’ contract. GMS Racing is making the move from the Truck Series to Cup in 2022, and Kaulig Racing might have a spot open, leaving a door cracked for DiBenedetto.

KEZ ON THE MOVE

Keselowski, the defending New Hampshire race winner, is trying to win one more lobster for team owner Roger Penske. Keselowski and Penske officially confirmed this week they were splitting up at the end of the season. Cindric was named driver of the flagship No. 2 for 2022. Keselowski left because he wanted an ownership stake in his race team. Roush Fenway Racing announced it had scheduled “a major announcement next week regarding the team’s plans for the future,” at the NASCAR Hall of Fame and Keselowski should be named driver and part owner on Tuesday.

Keselowski is set to become the latest active or recently retired driver with an ownership stake, joining Denny Hamlin and Justin Marks, among others.

“I think these drivers don’t want to drive forever,” Penske said. “They want to have equity. They have knowledge and I think the team owners and other people do, so I think it’s a changing of the guard maybe in the industry.”

Pitbull, co-owner of Trackhouse Racing, will place decals of the Cuban flag and the words “Support Freedom” in both English and Spanish on the No. 99 Chevrolet driven by Daniel Suárez. Pitbull, the Cuban-American entertainer, asked people to “stand up, step up” their support in the wake of protests that erupted last weekend in Cuba. Many expressed anger over long lines and shortages of food and medicines, as well as repeated electricity outages. Some demanded a faster pace of vaccination against COVID-19.

Denny Hamlin and Kyle Larson are 5-1 favorites to win Sunday, according to FanDuel Sportsbook. Kyle Busch, at 7-1, starts on the pole. ... New Hampshire, which used to have two NASCAR weekends, is running its 50th Cup race. ... Joe Gibbs Racing has finished first or second in 14 of the last 15 races. 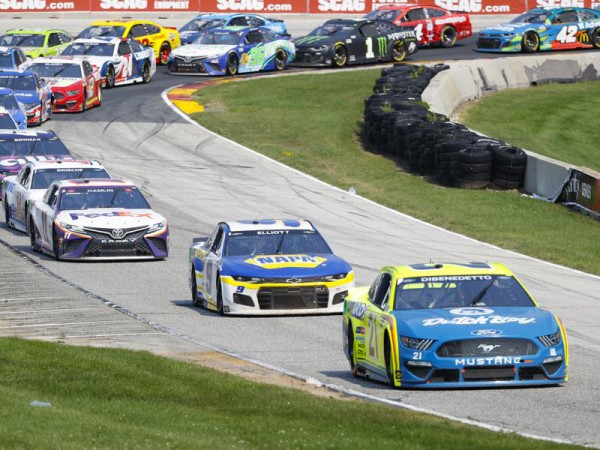 DiBenedetto could be out of Cup options after losing ride
Always a popular driver, Matt DiBenedetto won a fan vote this season that earned him the final spot in NASCAR’s All-Star race. As for the rest of his racing career? Well, wins haven’t come at all. 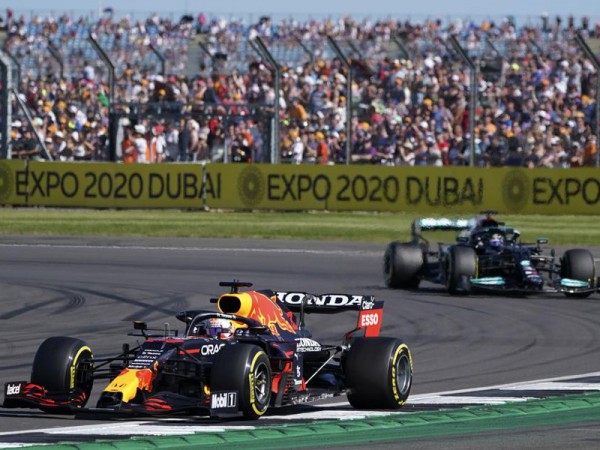 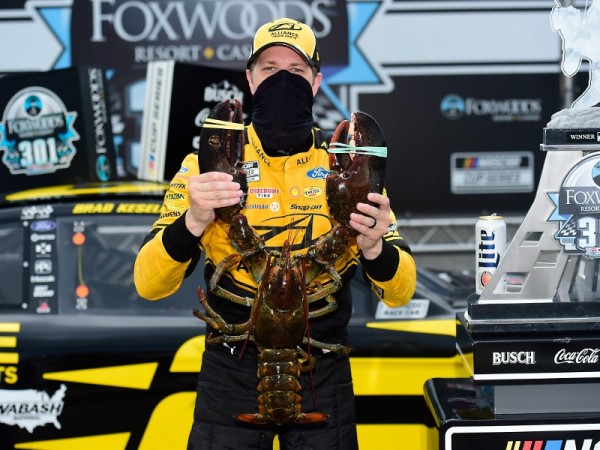 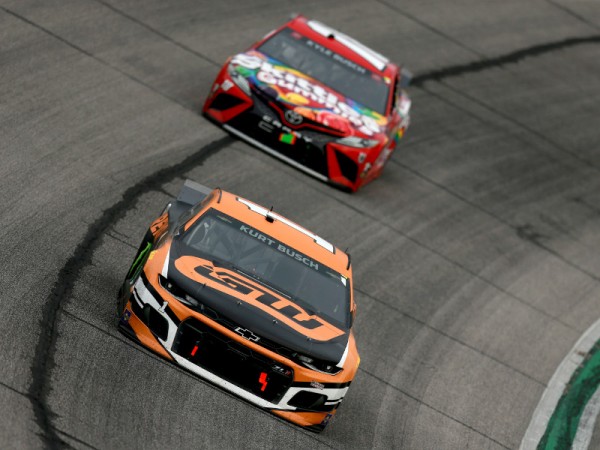 PODCAST: Hard Left Turn - Kurt wins battle of the Busch brothers at Atlanta
There was a Busch standing in victory lane at the end of Sunday's NASCAR Cup Series race at Atlanta Motor Speedway - and it might not have been the one you expected.
NASCAR News 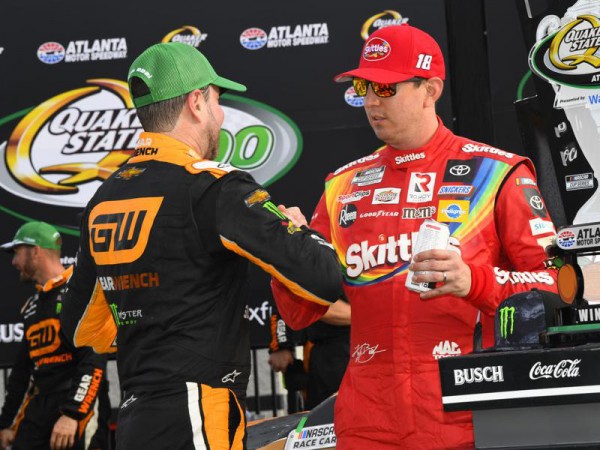 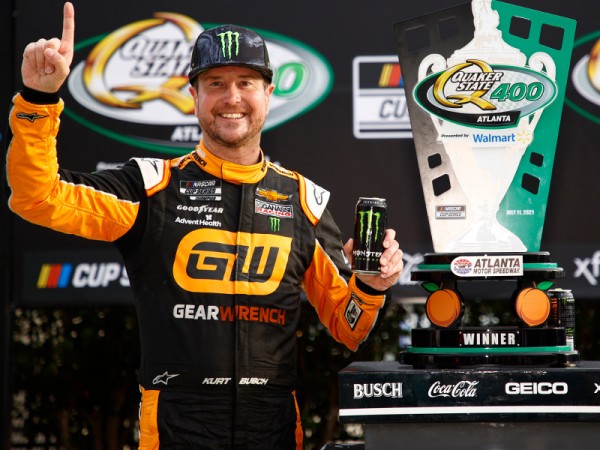 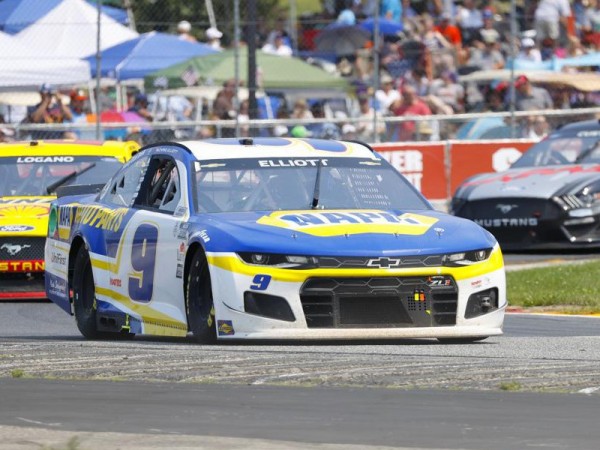 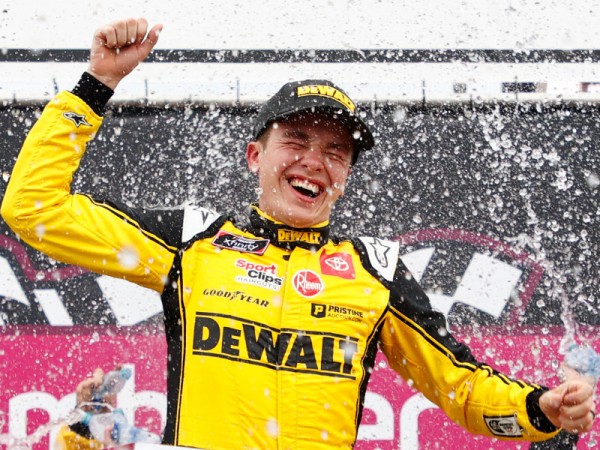 Christopher Bell dominates for Loudon Xfinity victory
Kyle Busch had used up his eligibility for this year in the NASCAR Xfinity Series. Ty Gibbs had the week off. But the No. 54 Joe Gibbs Racing Toyota they have driven...
By Reid Spencer-NASCAR Wire Service

PODCAST: Hard Left Turn - Kurt wins battle of the Busch brothers at Atlanta
There was a Busch standing in victory lane at the end of Sunday's NASCAR Cup Series race at Atlanta Motor Speedway - and it might not have been the one you expected.
By AccessWDUN Staff 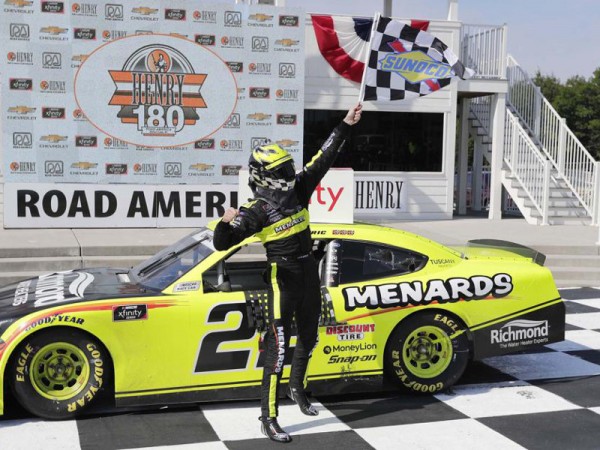