Oosthuizen leads after 3 rounds at The Open 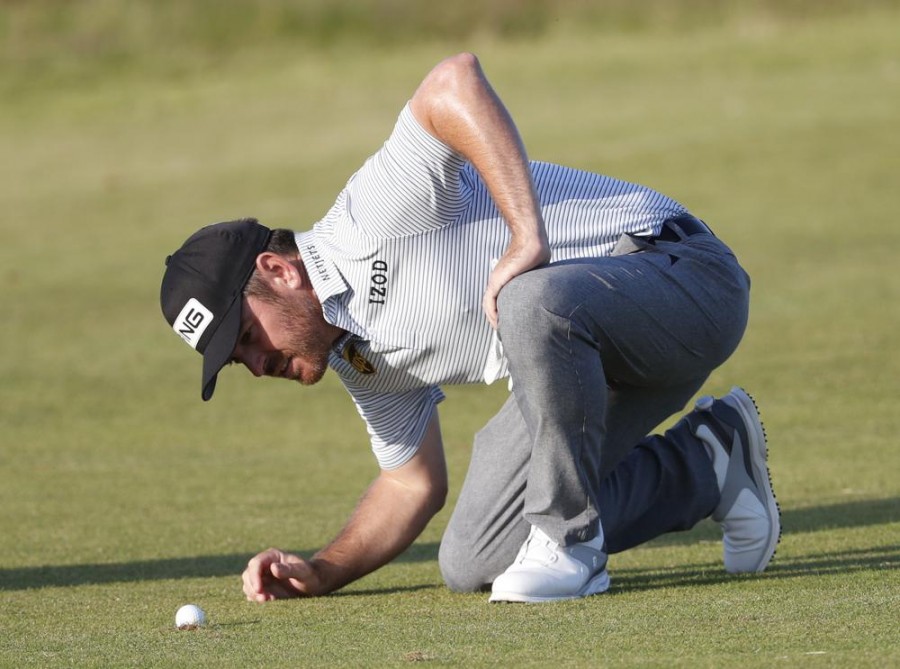 SANDWICH, England — So flawless for so long, Louis Oosthuizen started making his worst swings of the week as his two-shot lead evaporated in the British Open on Saturday.

With an hour left in a third round as undulating as the fairways at Royal St. George’s, Oosthuizen found himself tied for the lead with Collin Morikawa and Jordan Spieth and facing a 10-foot par putt to avoid falling behind.

“I was a bit upset there,” the South African said, “but got myself quickly together.”

Oosthuizen delivered a key par save on the 15th and an 8-foot birdie on the par-3 16th. He finished with a 1-under 69, leaving him with a one-stroke lead and another good shot at ending his 11-year wait for a second major title.

“I will play my heart out tomorrow,” the 2010 Open champion said, “and see if I can lift the claret jug again.”

Saturday ended pretty much as it had started, with Oosthuizen, Morikawa and Spieth occupying the top three spots, three shots separating them.

Plenty happened in between.

Especially on the back nine and — most tellingly — on the 18th green, where Spieth missed a par putt from 2 feet for his second straight bogey to drop three shots back again.

Barely 45 minutes earlier, he was just off the green in two at the par-5 14th hole and seemingly on the brink of taking the lead.

After making only par there and then bogeying Nos. 17 and 18, Spieth ran off for some putting practice after a round of 69. The R&A said he declined all media requests.

It wasn’t long before Morikawa and Oosthuizen, both one-time major winners some 10 years apart, were walking onto the green at the last. Oosthuizen’s long putt over a hump from the right of the green settled close to the hole for his par, then Morikawa slid a 12-foot birdie putt just past the hole.

Morikawa, the PGA champion last year and in his first links test, settled for a 68 and trimmed Oosthuizen’s lead to one shot. He had been four shots behind after 10 holes and made a strong push at about the time Oosthuizen showed signs of fading.

“I don’t have much experience on links golf, and pretty much all the highlights in my head are from this week,” he said. “Thankfully there is quite a few. Hopefully we can just use that momentum from the first three days and just bring it into the last 18.”

Oosthuizen, a runner-up in the last two majors, was at 12-under 198 and on course to be the first wire-to-wire winner at golf’s oldest championship since Rory McIlroy in 2014.

The pin positions — rather than the weather — proved to be the greatest defense at Royal St. George’s on a day when the wind didn’t get above 10 mph and a cloudless sky with bright sunshine looked sure to bring more low scoring.

However, pins were tucked away, sometimes near slopes, while the firmer fairways brought the deep rough and pot bunkers into play.

“Those are some of hardest pin locations collectively I’ve ever seen,” said No. 2-ranked Jon Rahm, who shot 68 and is in contention, five shots off the lead.

A number of other big names were unable to launch a challenge.

Top-ranked Dustin Johnson started four shots off the lead but plunged out of contention by making five bogeys in his opening 11 holes. Two late birdies could give him only a 73, leaving him eight shots behind.

Brooks Koepka, a four-time major champion, was a shot further back after managing a round of only 72.

McIlroy started much further back but reached the turn at 4 under for the championship after making five birdies. The back nine was another story and McIlroy threw an iron to the ground — he called it a “little toss” — during a run of three bogeys in five holes on his way to shooting 69, his first round in the 60s at Royal St. George’s.

It left him on only 1 under and with no chance of a second claret jug.

Instead, Corey Conners (66) and Scottie Scheffler (69) moved into contention at 8 under while Rahm — looking to add the British Open to his U.S. Open from last month — was 7 under alongside MacKenzie Hughes and Dylan Frittelli.

Marcel Siem, who qualified from the second-tier Challenge Tour in Europe only last week, rebounded from an 8 after going out-of-bounds at the par-5 14th with two birdies in his final three holes. He was in a three-way tie for ninth place, six off the lead.

All of them are chasing Oosthuizen, who won the Open in 2010 and has rung up a career Grand Slam of runner-up finishes since then. That includes the U.S. Open last month, when he was leading with two holes to play until Rahm’s birdie-birdie finish. He also was runner-up in the PGA Championship to Phil Mickelson. 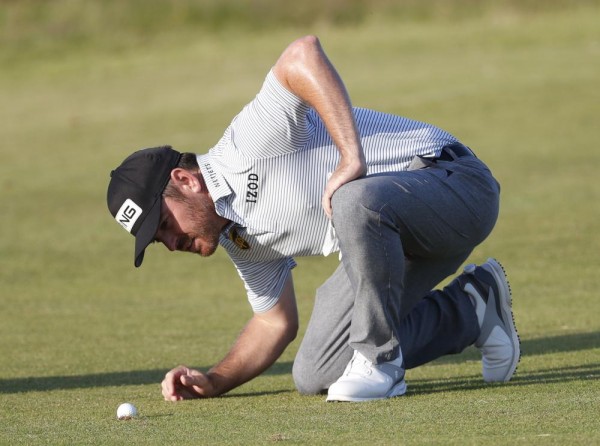 Oosthuizen leads after 3 rounds at The Open
Louis Oosthuizen delivered a key par save on the 15th and an 8-foot birdie on the par-3 16th. He finished with a 1-under 69, leaving him with a one-stroke lead and another good shot at ending his 11-year wait for a second major title... 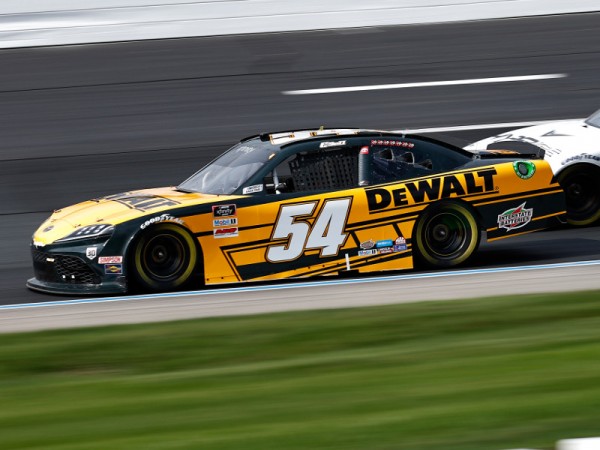 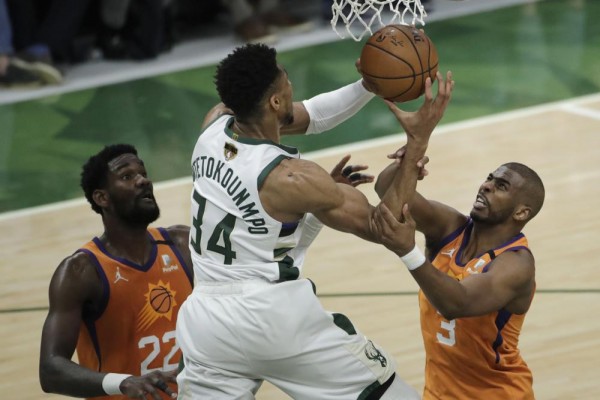 NBA Finals: Series tied, Suns, Bucks ready for Game 5
The Phoenix Suns had designs on coming home with a chance to win their first championship. The Milwaukee Bucks have taken the last two games to even things up, with Game 5 set for Saturday night...
Sports

NBA Finals: Series tied, Suns, Bucks ready for Game 5
The Phoenix Suns had designs on coming home with a chance to win their first championship. The Milwaukee Bucks have taken the last two games to even things up, with Game 5 set for Saturday night...
By Brian Mahoney AP Basketball Writer

Kevin Love out; US basketball now to replace 2 players
Kevin Love has withdrawn from the Olympics because of a calf injury, forcing the U.S. basketball team to replace two players on its roster
By The Associated Press

Siem among a group of surprise contenders at British Open
The last shall be first
By The Associated Press
Privacy | User Agreement | Contact | Advertise With Us
2021 © Jacobs Media Corporation. All rights reserved. EEO Report. Website by Full Media
Login / My Access
close
Search