By Will Graves AP Sports Writer 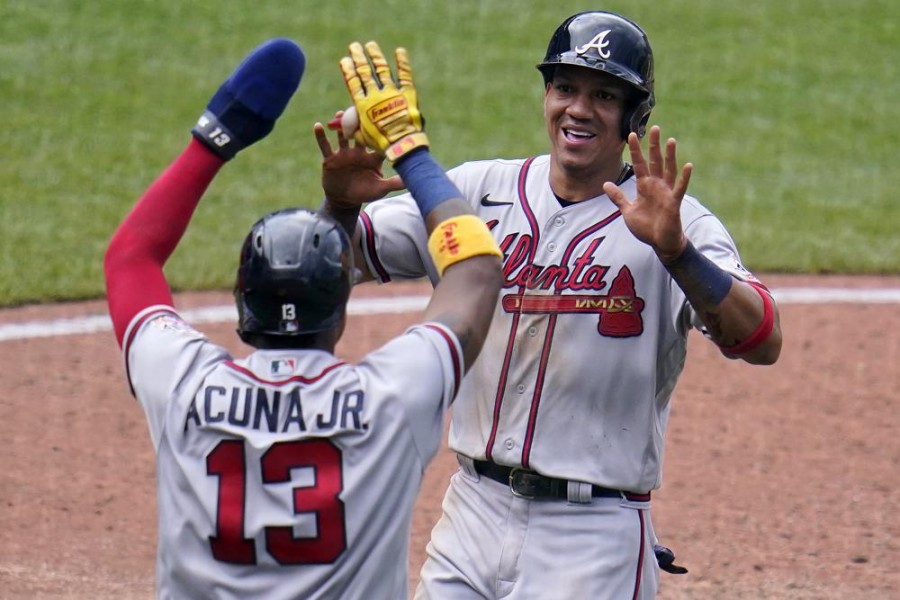 PITTSBURGH — Pinch-hitter Abraham Almonte had a go-ahead, two-run single in the sixth inning and added a two-run home run as the Atlanta Braves avoided a sweep by surging past the Pittsburgh Pirates 14-3 on Wednesday.

Almonte put the Braves in front in the sixth with a sharp ground ball up the middle against Kyle Crick (1-1) that started a five-run outburst. Almonte followed with a shot to the seats in right-center field during a seven-run eighth as the Braves piled on following a 1-hour, 18-minute rain delay.

Ronald Acuña Jr. hit his 24th home run for the Braves while going 3 for 5. Freddie Freeman, Dansby Swanson, Ehire Adrianza and Austin Riley all had two hits apiece for Atlanta.

Drew Smyly (7-3) overcame giving up a three-run home run to Jacob Stallings in the first inning to win his fifth straight start. Smyly labored through five innings, allowing nine hits and three walks while striking out four. Four relievers made it stand up thanks to an offense that came to life late.

All-Star starting second baseman Adam Frazier had two hits for Pittsburgh but struck out with the bases loaded in the eighth as the potential tying run. Recently acquired first baseman John Nogowski went 4 for 5 and is hitting .583 (7 for 12) since being brought over from St. Louis. Nogowski also pitched a scoreless ninth inning after things got out of hand.

The Pirates, however, saw their modest three-game winning streak come to a halt after going 2 for 16 with runners in scoring position while leaving 14 men on base.

Wil Crowe kept Atlanta in check for 4 2/3 innings and when Clay Holmes came on to get the final out of the fifth after the Braves put two men on to preserve a 3-2 lead, the Pirates appeared to be in OK shape.

Not so much. Crick walked the first two batters of the sixth. Recently promoted veteran catcher Jonathan Lucroy advanced the runners with a sacrifice bunt. Almonte, hitting for the first time since a pinch-hit two-run double during a ninth-inning rally against Miami on Sunday, came through again.

Lucroy, a two-time All-Star for Milwaukee in 2014 and 2016, went 1 for 3 with an RBI single in the eighth after being called up from Triple-A Gwinnett. The Braves signed Lucroy in mid-May to address depth issues after Tyler Flowers retired. To make room for Lucroy, Atlanta optioned 23-year-old catcher William Contreras to Triple-A.

Pirates general manager Ben Cherington said the team has had a handful of prospects in for meetings ahead of the first-year player draft that starts on Sunday. The Pirates hold the first overall pick for the first time since 2011 when they selected pitcher Gerrit Cole. Cherington is not tipping his hand other than to say the top players are tightly packed together.

“There’s good players in this draft and let’s get as many as we can,” Cherington said. ”(First overall) is important. It’s the first choice. It means it’s our choice on how to start the draft. It is important to us that we select a player that can help us win games, but beyond that, we’re not putting more into it than that.”

Braves: 2B Ozzie Albies exited after five innings as a precaution due to stiffness in his neck and was replaced by Adrianza.

Pirates: LHP Steven Brault (left lat strain) will make his first rehab start on Sunday for Class A Bradenton before moving on to Triple-A Indianapolis. ... 1B Colin Moran (fractured wrist) is still not swinging a bat. ... RF Gregory Polanco is dealing with a core injury but should return shortly after the All-Star break.

Braves: Are off Thursday before ending the first half with a three-game weekend series in Miami. Charlie Morton (7-3, 3.91 ERA) is 0-1 with a 7.63 ERA in three starts against the Marlins this season.

Pirates: Begin a four-game set against the Mets in New York on Thursday night. JT Brubaker (4-8, 4.09) is winless on the road since April 16. 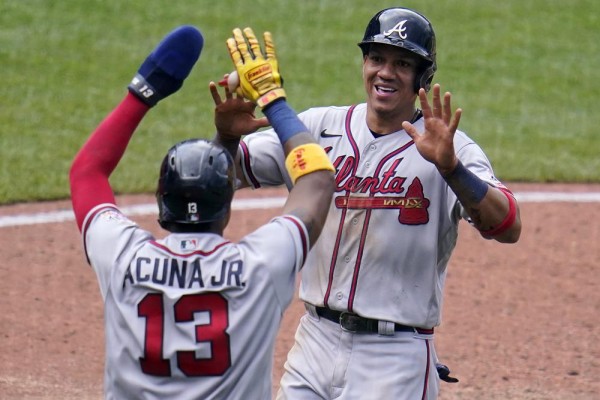 Braves avoid sweep, rout Pirates 14-3
Pinch-hitter Abraham Almonte had a go-ahead, two-run single in the sixth inning and added a two-run home run as the Atlanta Braves avoided a sweep by surging past the Pittsburgh Pirates 14-3 on Wednesday... 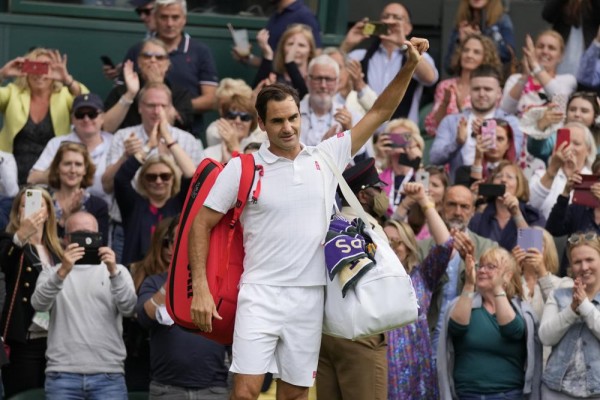 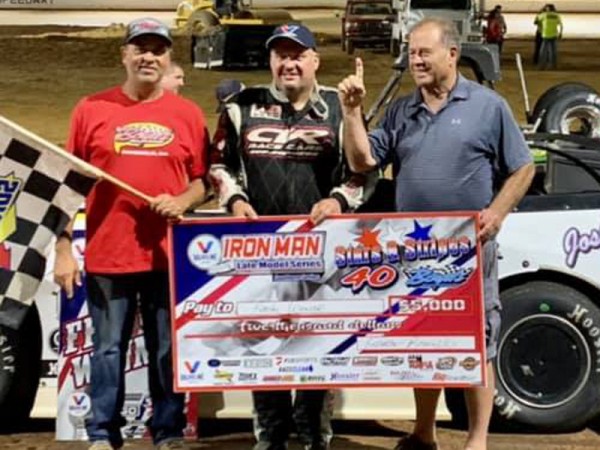 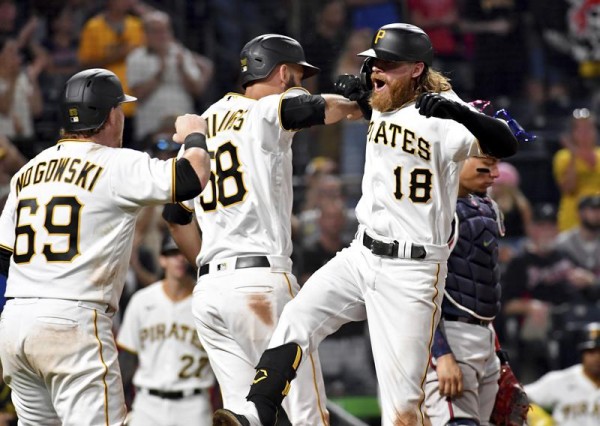 Pirates beat Braves 2-1 on bases loaded walk in 9th inning
Bryan Reynolds drew a four-pitch walk from Tyler Matzek, forcing in the winning run in the ninth inning and giving the Pittsburgh Pirates a 2-1 victory over the Atlanta Braves on Tuesday night and a three-game winning streak...
By The Associated Press 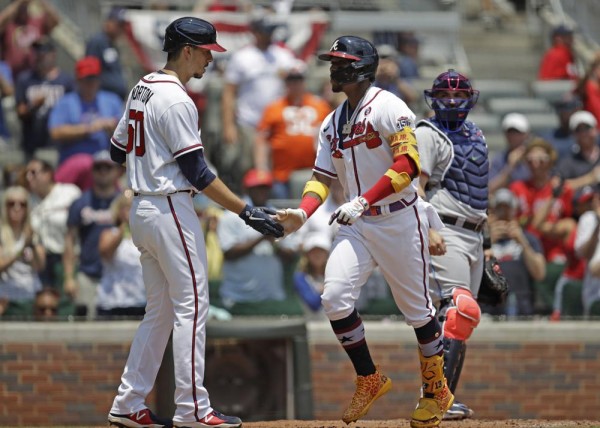 Fried’s pinch-hit single lifts Braves past Marlins
Pinch-hitting pitcher Max Fried lined a bases-loaded single up the middle in the 10th inning, and the Atlanta Braves rallied for a wild 8-7 victory over the Miami Marlins on Sunday...
By Charles Odum AP Sports Writer 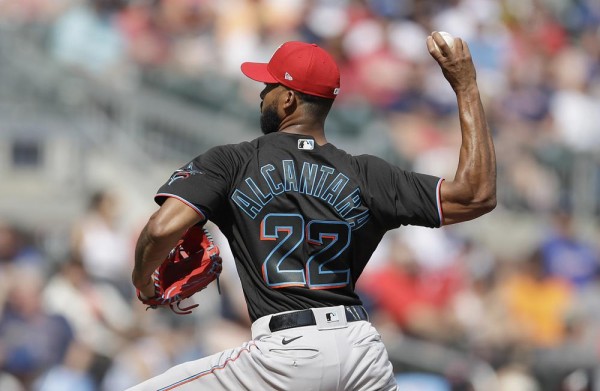 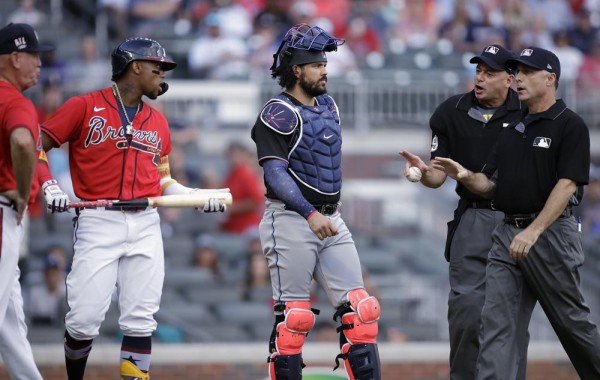 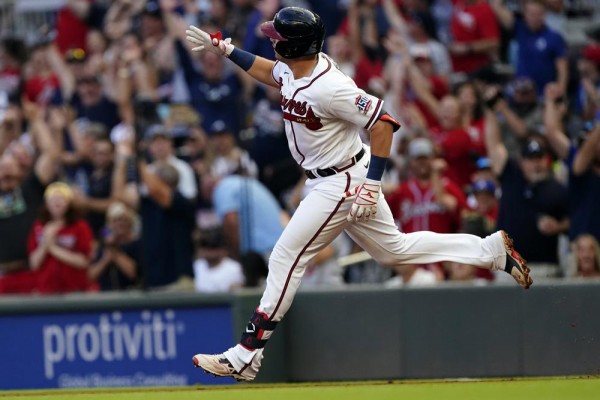