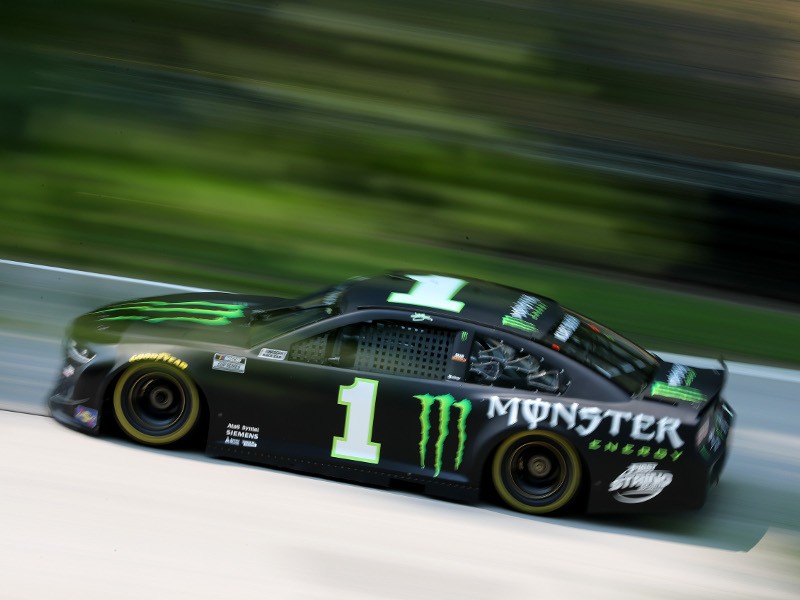 ELKHART LAKE, Wis. (AP) — Kurt Busch has welcomed the uncertainty of this season as he chases a playoff berth while pondering his future in NASCAR.

Busch posted the fastest practice time Saturday as NASCAR’s Cup Series returned to Road America for the first time since 1956. His younger brother, Kyle Busch, had the second-fastest practice time but crashed and will have to start Sunday at the back of the pack in a backup car.

There’s plenty at stake for Kurt Busch the rest of the year as he heads into Sunday’s race 14th in the points standings.

“I haven’t really been in this situation much,” Busch said. “Usually there’s a win or really good points that give us a cushion. I’ve embraced this year in a whole different level just because of all the challenges that have come our way.”

Busch said the news broke when he was inside a simulator. He stepped out and saw he had a couple hundred text messages.

“You drive harder and push deeper and push harder when news like that comes out,” Busch said. “It was a surprise to me. All of us at Ganassi looked at each other and said, ‘We’ve got a playoff berth right in front of us. Let’s go get it. Let’s win and let’s push as hard as we can here right now in 2021.’”

Busch prepared for Road America on the simulator for a refresher on a course he last raced 2012 when he finished eighth in an Xfinity Series race. He said he attended an IndyCar race at the track as a fan in 1997.

Road America, located on 640 acres about halfway between Milwaukee and Green Bay, has hosted an Xfinity Series race each year since 2010. But this weekend marks the first time Road America has hosted NASCAR’s premier series since Georgia Racing Hall of Famer Tim Flock won a rainy Grand National event back in 1956.

This is the fourth of seven road-course races on this year’s Cup Series schedule, and red-hot Kyle Larson thinks it’s the toughest yet.

“There’s just not much room for error here,” Larson said.

Kyle Busch discovered that Saturday when he spun across the track until the left side of his Toyota hit the concrete. Ryan Preece also will start at the back of the pack Sunday after being forced to go to a backup car.

Drivers have debated whether the competitors with Xfinity Series experience at Road America could have an edge.

“Beautiful track – very narrow, very fast, very technical, obviously a lot of turns,” Martin Truex, Jr. said. “I think the guys with more experience are the faster guys right now. We’ve got some catching up to do. But we got faster literally every single lap in practice.”

Chase Elliott is a 12-5 favorite to win Sunday, according to FanDuel Sportsbook. … Four drivers have already clinched a berth in the playoffs with seven races remaining to set the field. ... Drivers have cited turn 11 — an area known as the “kink” — as the part of the track that could cause the most trouble Sunday. “That’s certainly looking to be the calamity corner of the track this weekend,” Brad Keselowski said. . … Larson, Kyle Busch, Truex and Alex Bowman are locked into playoff berths based on multiple victories this season. William Byron, Joey Logano, Chase Elliott, Ryan Blaney and Keselowski can clinch with a win Sunday. ... Daytona 500 winner Michael McDowell, Ross Chastain and Josh Bilicki have the most experience at Road America with five Xfinity starts each. Previous winners of Xfinity Series events at Road America in Sunday’s field include Allmendinger (2013), McDowell (2016), Christopher Bell (2019) and Cindric (2020). … Hendrick Motorsports had its six-race winning streak snapped last weekend when Kyle Busch won at Pocono for Joe Gibbs Racing. Hendrick drivers have combined for nine wins through 19 races this season. HMS in 2007 set the modern-era record for most wins in a single season with 18. JGR broke the mark in 2019 with 19 victories.

WDUN will carry live MRN Radio coverage of Sunday's NASCAR Cup Series Jockey Made In America 250 from Road America beginning at 1:30 pm on 102.9 FM, AM 550 and streaming live on AccessWDUN.