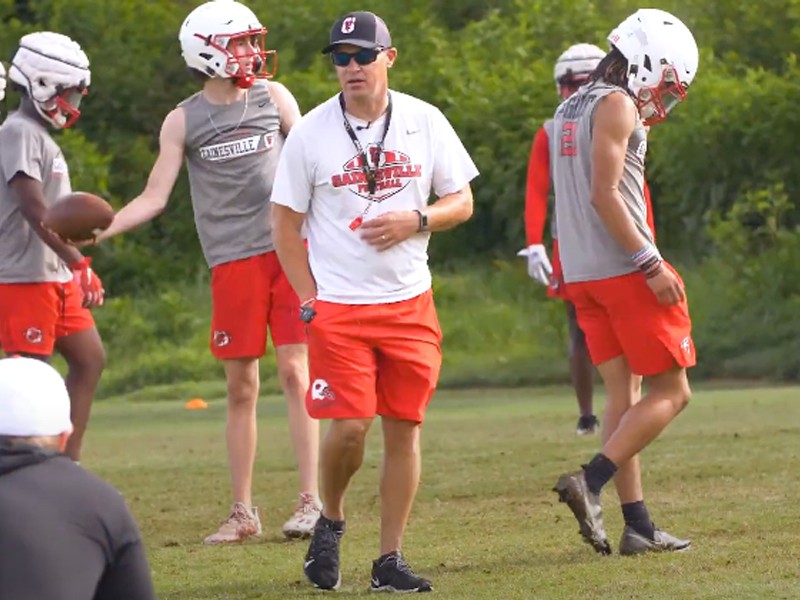 AccessWDUN tracked down Webb before he took off for the beach and clipped a microphone on him to kick off the annual Mic'd Up Summer Series. It was the final week of June workouts before the team took off for a full five days.

"It's Year 4 for us, so everybody kind of understands the expectations, and what we're doing," he said. "The effort and attitude from the kids have been awesome. The word I would use is smooth."

The Red Elephants have a few new faces on the coaching staff this season. Former Gainesville grad Chad Bennett will be the offensive coordinator, Ty Maxwell will help offensive line coach Bruce Figgins.

Webb said it's been a really good transition with the addition of the new coaches -- Chad Bennett, Ty Maxwell and Wyatt Burgess.

"They're great men," he said. "The guys understood what we were doing offensively and defensively before we brought them on board, which is why we brought them on board. So, it's just a matter of getting to know the kids, the kids getting to know them, understanding their expectations, the way they coach and their intensity level. But our players have responded well to them so far."

Webb said some of the terminologies are new, but the base package is the same.

"It's not as different as it may seem," he said. "Probably the biggest thing that will change is calling more pass plays than we have in the past. So, it's been a pretty good transition there as well. Coach Bennett has done an awesome job at teaching. That's been awesome, too."

The Red Elephants will enjoy the week off but we'll ramp up preparation when they return to practice on July 5.

"We've used June as a teaching month," he said. "Now, it's going to be about who knows what to do and who can make plays. We'll take the training wheels off from the coaching standpoint, let them play ball and see who can make plays."

Gainesville will participate in a padded camp at Grayson in July as well as organized team activities at Mountain View.

To watch video above, press play.