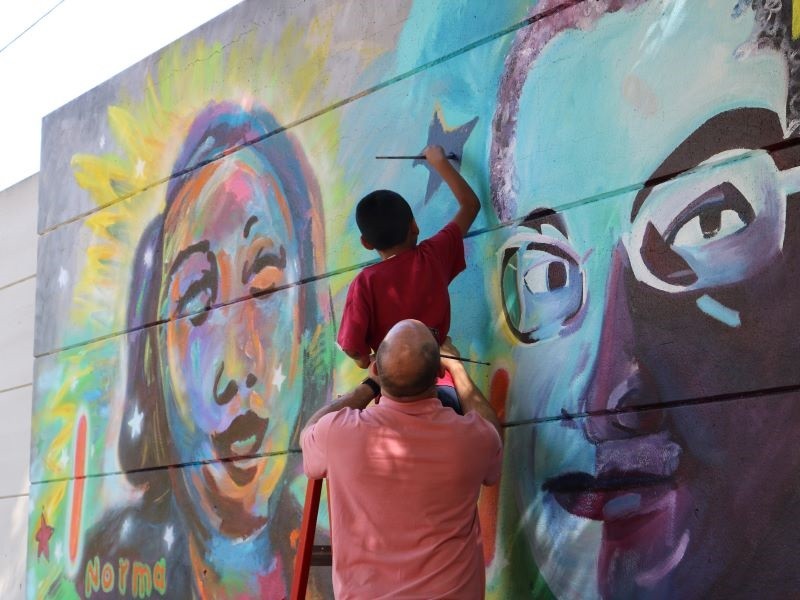 A child, supported by Craig Wilson with the University of North Georgia, who lives in the community adds a star to the mural.
Tara Brolley 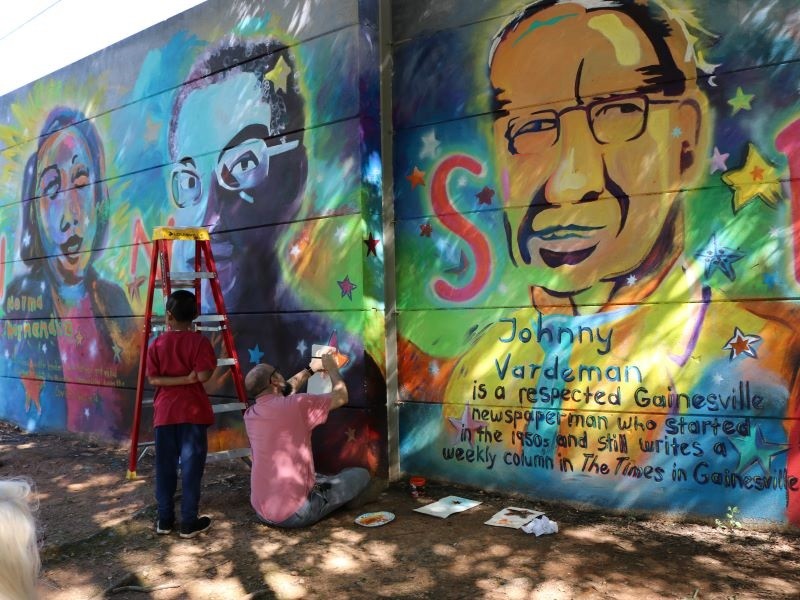 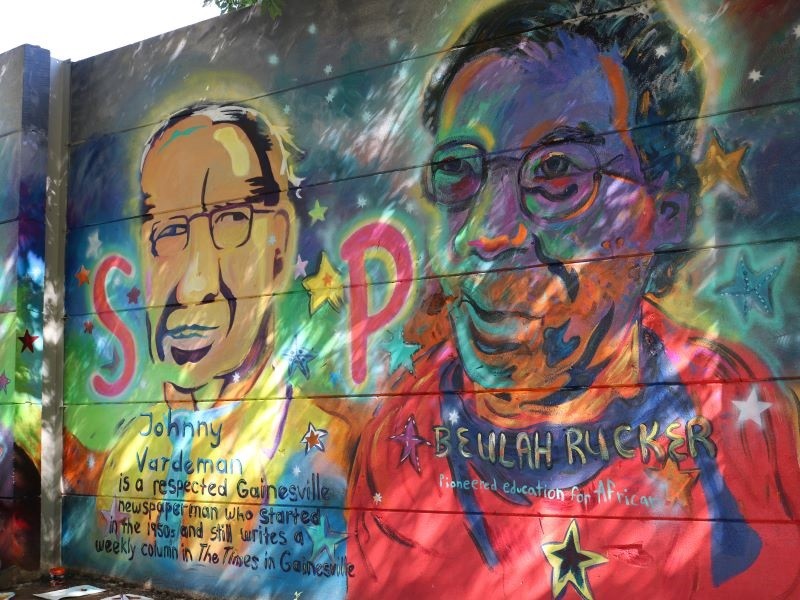 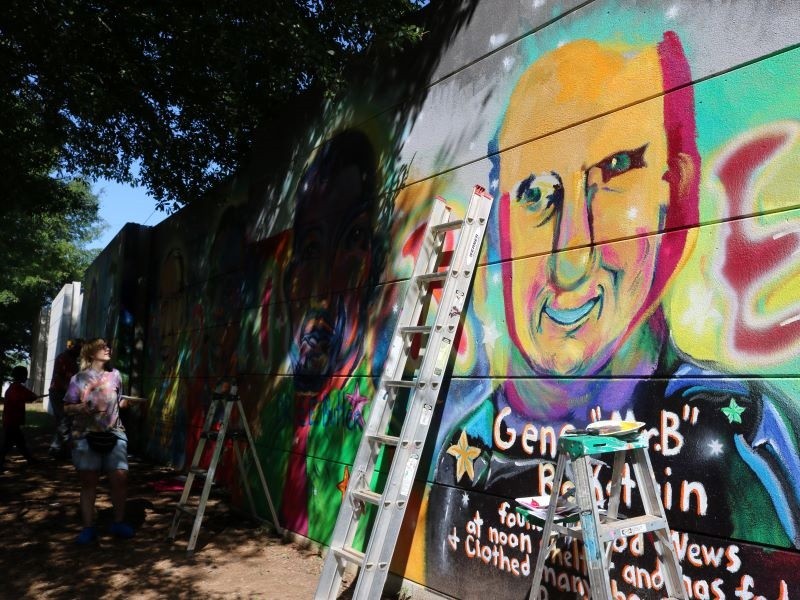 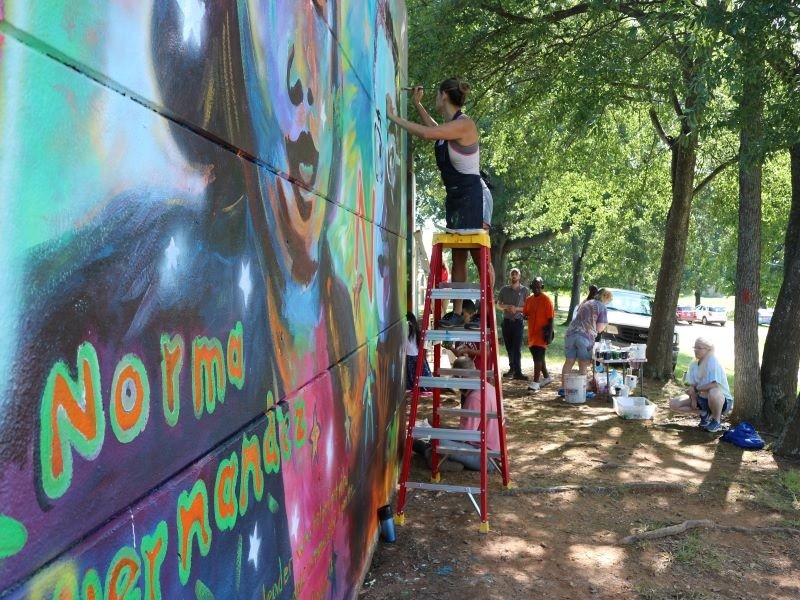 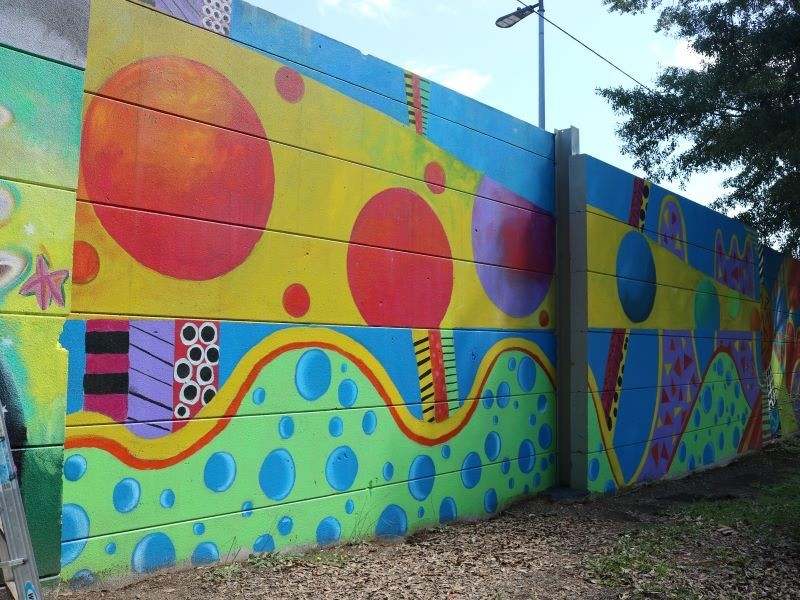 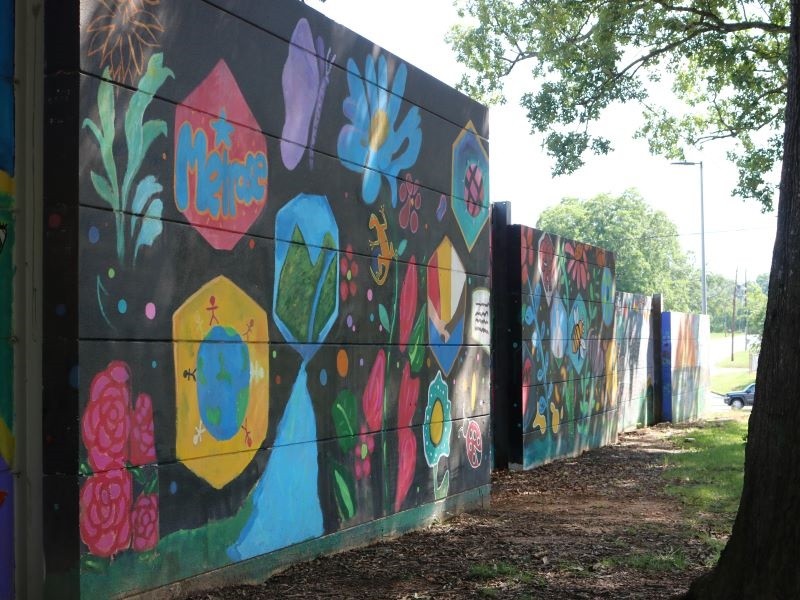 Volunteers with the University of North Georgia are working with the city of Gainesville to paint a mural depicting six inspirational people who have made significant contributions to the city.

Craig Wilson, assistant professor of visual arts at the University of North Georgia, said they started the mural, which is in the public housing development Midtown Villages at Melrose, on Friday and aim to finish it on Tuesday.

“The main thing is that these are local heroes, people who have made major contributions to this community,” Wilson said. “Historical contributions. Our hope, I guess, in a nutshell, is that this will inspire other generations… We're hoping that we will inspire some of the kids [in the community] not only to follow in the footsteps of these great people but also to follow artistic footsteps, as well.”

Norma Hernandez is the president of the Northeast Georgia Latino Chamber of Commerce. Throughout the COVID-19 pandemic, she was instrumental in informing the Hispanic community about health guidelines, such as the importance of wearing a mask.

Faye Bush led the Newtown Florist Club for decades. Chapman said she reaches “across age boundaries, racial boundaries, and speaks to people from a position of love.”

Johnny Vardeman with the Gainesville Times has been writing about the community for years. Chapman said Vardeman “has always been fair” and is a “treasure trove of stories.”

Beulah Rucker started a school for African American students in 1915 called the Rucker Industrial School, which is now a museum on Athens Highway. Chapman described her as a “loving and exemplary person.”

Dr. E. E. Butler was the first Black physician to receive privileges to practice medicine in Hall County. He was deeply respected by his colleagues in medicine as well as throughout the community.

Gene “Mr. B” Beckstein, along with his wife Marjorie, founded the food and homeless shelter ministry Good News at Noon.

“It's a wide range of people, but all of them something very big with their life and that’s what we want to tell our kids,” Chapman said. “Inspire, you know. That's the underlying message. Be inspired and inspire.”

Peyton Holley, a junior at the University of North Georgia who is in the BFA program for drawing and painting, said she has been helping out with the mural for the last several days.

“Helping people, combined with art… If I have any opportunity like that, I can't let it go to waste,” Holley said.

Wilson said this is the fourth mural they have done along the wall and plan to continue painting murals until the wall is completely covered.

“The community really supports… number one, the fact that we're coming out here and interacting on the ground with them and they recognize that we're doing this as a labor of love,” Wilson said. “We’re collaborating with community members… They’re giving us an opportunity to enter their world and they’re entering our world and it's beautiful, the kind of relationship that is formed.”