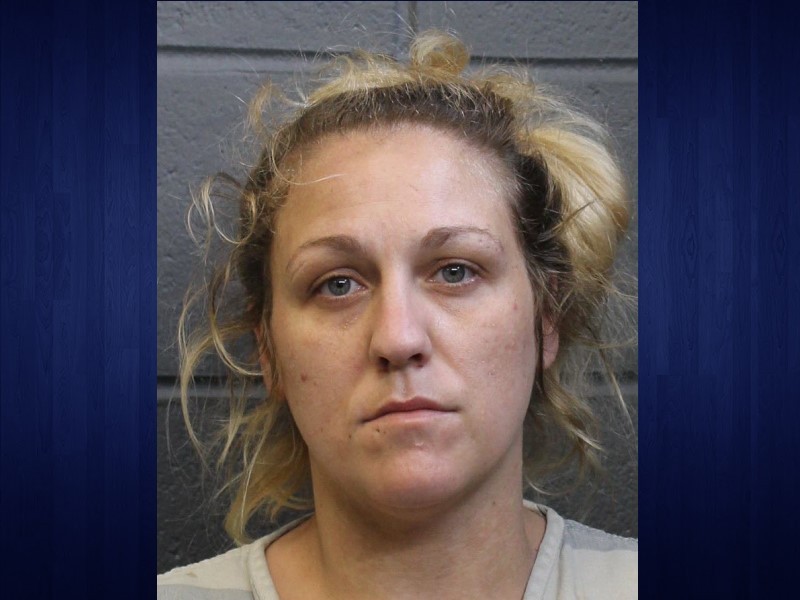 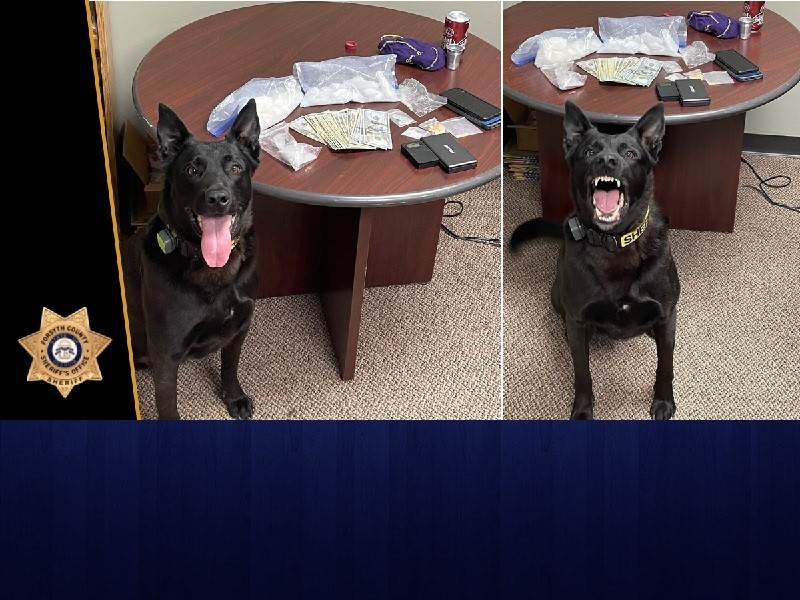 A Chatsworth woman is in the Forsyth County Jail without bond after over one pound of methamphetamine was found in her vehicle early Thursday morning.

Misty Slaton, 28, was pulled over on McFarland Parkway by a Forsyth County Sheriff's deputy after she made an improper turn, according to a post on the agency's social media. The deputy noticed Slaton was "overly nervous, failed to make eye contact and was inconsistent with answers," and he asked to search her vehicle.

She declined, so K-9 Ivo, a certified narcotics detection dog, was brought out for a "free air sniff" of the vehicle, according to the post, and he alerted them that he smelled possible illegal narcotics in the vehicle.

With probable cause, deputies searched the vehicle and found the methamphetamine, roughly 1.1 pounds of it, as well as 24 assorted pills, a small amount of heroin, and drug paraphernalia.